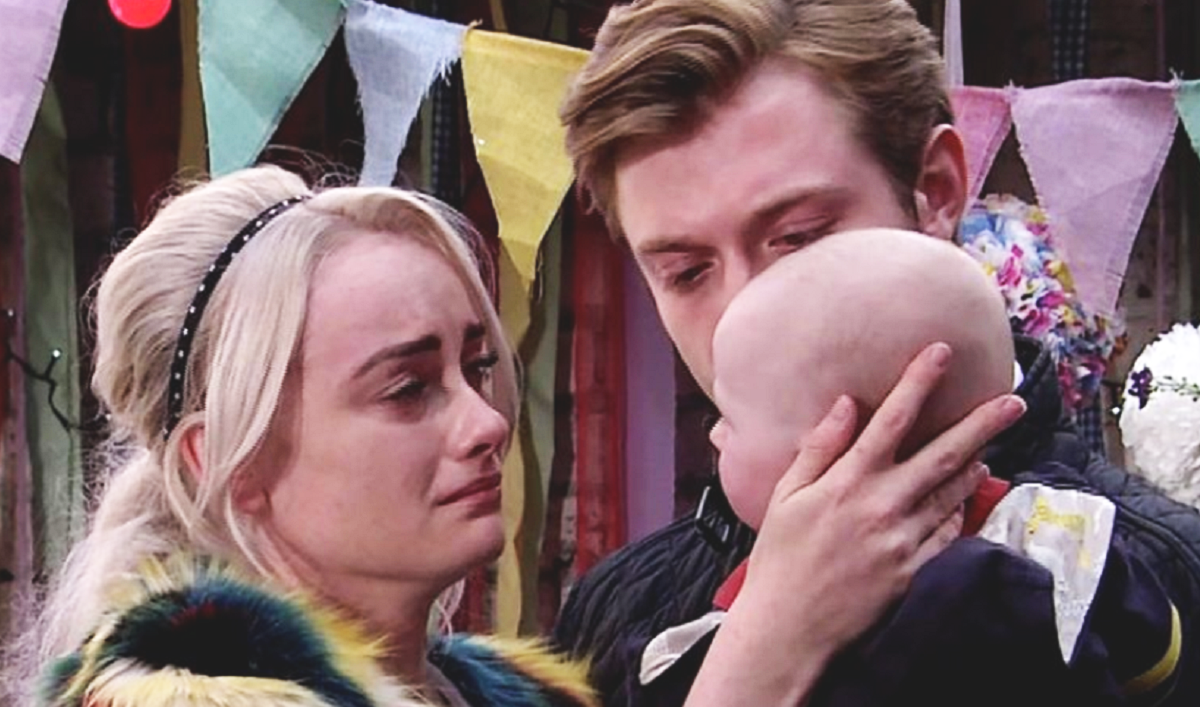 Coronation Street spoilers confirm Sinead Osbourne (Katie McGlynn) dies from cancer. The treatments are not working. The character is stunned to find out she only has a few weeks to live. How will her husband, Daniel Osbourne (Rob Mallard) cope with Sinead’s death? Is he prepared to raise their son alone?

The Corrie character is losing her battle with cancer. What does one do when they are told they only have weeks to live? They make the most of the time they have left, and that is exactly what Sinead and Daniel plan to do.

In an interview with OK! Magazine, McGlynn discussed Sinead’s exit storyline. The actress explained that fans assume the character’s death will be peaceful. However, expect plenty of drama leading up to the big moment.

Corrie spoilers tease that Daniel is going to be devastated. Not only is he losing his wife, but he has to figure out how to raise a child by himself. Mallard talked about how Daniel copes with everything.

“During the entire process he hasn’t prepared himself for life without her and looking after Bertie,” he said. “The instant that she dies, his attention shifts straight over to Bertie and now that she’s not there, all of that care and love he had for Sinead has gone to his son.”

Not only is Sinead’s farewell story sad, but the actors on the soap are quite emotional as well. This includes Mallard, who bonded with McGlynn during the past few years.

The actor stated that the emotions fans see on the screen will be genuine. This is because he is feeling a loss, just like his character.

“I find it quite difficult to switch off after emotional scenes, I feel so drained after a scene that’s involved a lot of crying, so I guess the grieving process you see on screen will be a lot easier to play because Daniel’s sad that Sinead’s gone, and I’m devastated that I’m not working with Katie.”

What do you think of Katie McGlynn’s exit from the soap? Are you saddened by Sinead Osbourne’s upcoming death?