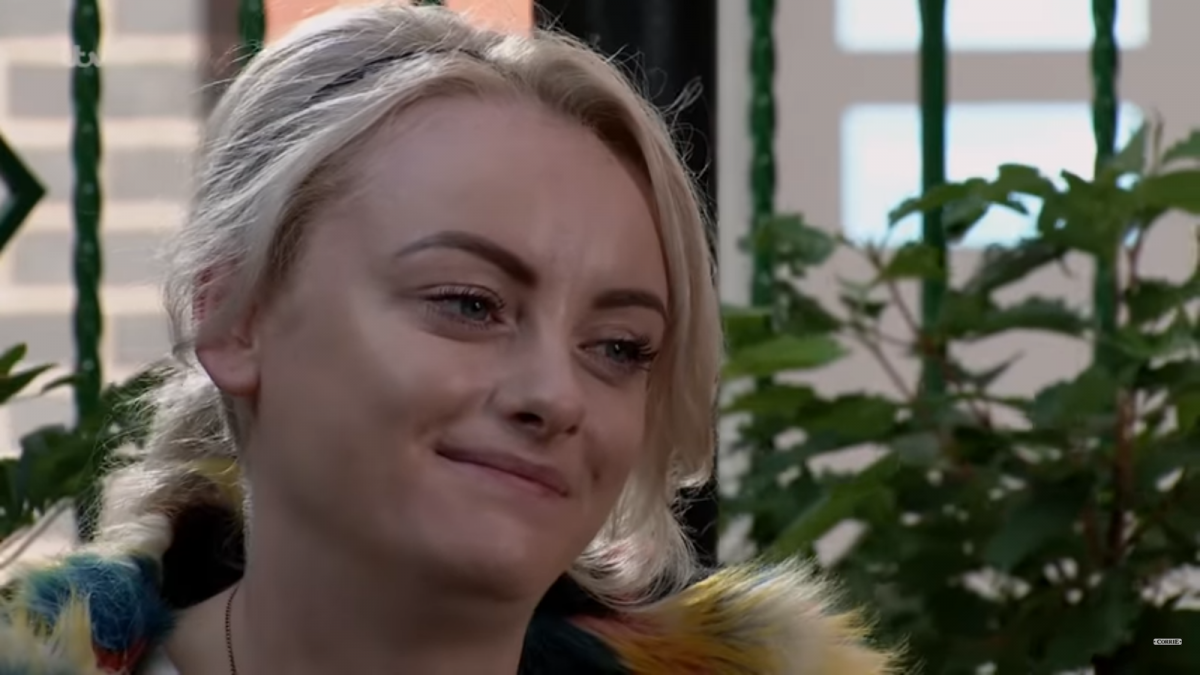 Coronation Street spoilers confirm Sinead Osbourne (Katie McGlynn) only has weeks to live. She and her husband, Daniel Osbourne (Rob Mallard) decide to make the most of their time together. That includes spending quality time with their young son. Recently, Mallard talked about the storyline and losing his co-star.

As fans know, Sinead has been battling cancer. Unfortunately, it turns out that the treatments are not working. This alone is saddening news, but it gets even worse. She only has weeks to live and that doesn’t leave her much time. Not only does she have a husband, but she is also the mother of a little boy.

According to Digital Spy, Mallard explained that he and McGlynn bonded on set. They were a couple on the soap for over two years. As a result, the actors become friends and used to seeing each other when filming. Rob said that he is devastated about Katie leaving Corrie.

“We’ve had so many intense scenes and shared so much emotion that we’ve developed a really platonic and sincere bond with one another. Daniel and Sinead’s relationship has been so believable and real.”

Fans expect some emotional scenes coming up. However, the sadness that you will see from Mallard will be genuine. While his will play Daniel, who is heartbroken to lose Sinead, the actor feels the same way about his co-star leaving.

“… the grieving process you see on-screen will be a lot easier to play because Daniel’s sad that Sinead’s gone, and I’m devastated that I’m not working with Katie.”

Coronation Street spoilers reveal that after Sinead’s death, Daniel will have to adjust to raising Bertie alone. He will be a single father, a role that the character is not ready for. He will also have to cope with losing his wife. Naturally, he was not expecting to lose her, especially not so soon. He will have to get ready for a life without the woman he loves.

Rob explained that Daniel will feel alone in the world. The character has the type of personality in which he will keep himself busy. While Sinead was sick, it kept him physically, emotionally and mentally occupied. In fact, he has been dealing with it for so long that he has neglected to take care of himself. Now, he will have to tend to himself and care for little Bertie.

What do you think of Sinead Osbourne’s cancer storyline? Are you surprised the character only has weeks to live? How will Daniel Osbourne cope with losing his wife and having to raise Bertie alone?