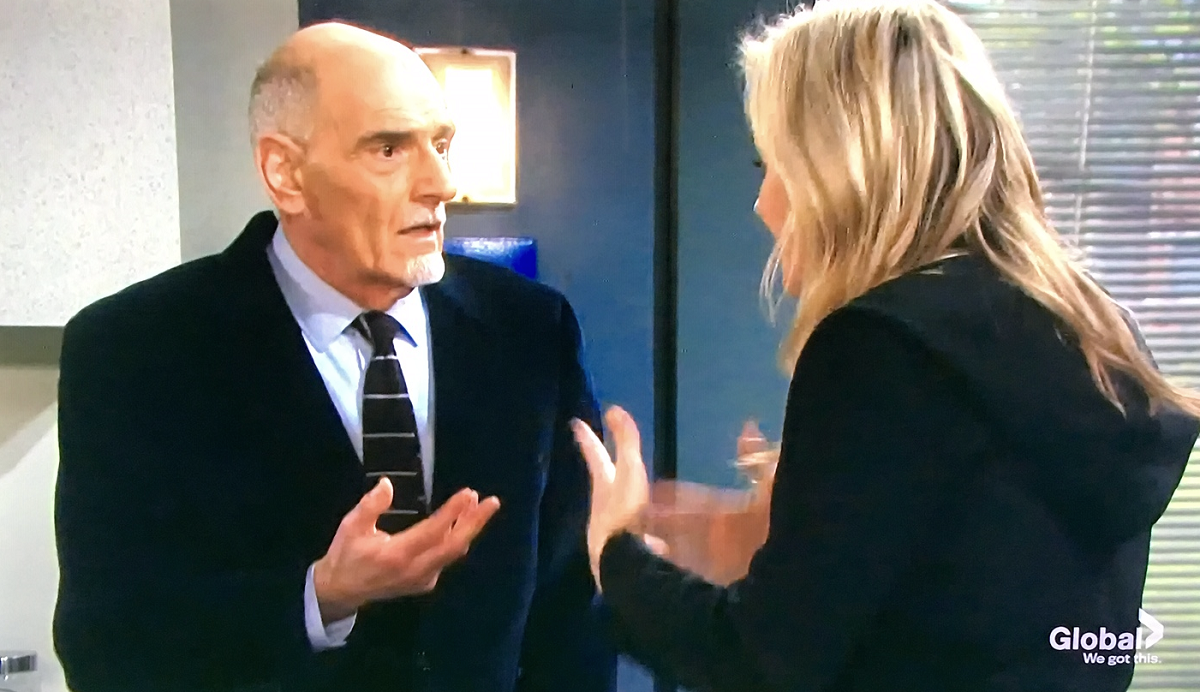 Days of Our Lives (DOOL) spoilers suggest that Brady Black (Eric Martsolf) might not be the father of Kristen DiMera’s (Stacy Haiduk) baby. There is a long list of clues that hint Dr. Rolf (William Utay) has a personal interest in the pregnancy. Instead of baby ‘Bristen,’ could we be looking at Dr. Rolf being a daddy?

It was a shock when Dr. Rolf told Kristen she was pregnant. As fans recall, she already had a plan in place to take the unborn child that Sarah Horton (Linsey Godfrey) didn’t want. Making the pregnancy even more surprising is that Kristen was told years ago she was infertile. She is also older than the typical pregnant woman, making it high-risk.

Knowing that she has not slept with anyone besides Brady, it is assumed that he is the father of the child. However, there are clues that this storyline has a crazy twist.

Days Of Our Lives Spoilers – Dr. Rolf’s Clues – Is He Up To Something?

Several clues have been dropped suggesting Dr. Rolf did more than just give Kristen fertility treatments. First, there was his delay in getting to the abortion clinic to do the embryo extraction and implantation procedure. He made up an excuse that he had to get an instrument.

Then, when he did arrive, he claimed that Kristen was already pregnant. Dr. Rolf said he found out when he was checking the hormone levels in Kristen’s bloodwork.

Days of Our Lives spoilers indicate Dr. Rolf is up to something when he insists that he be Kristen’s OB/GYN. Furthermore, he insists on weekly visits.

Recently, the official DOOL app posted a video clip of an interview with Utay. One of the famous Dr. Rolf scenes that was played out offers another clue. It was when Kristen spoke about wanting a baby. He assumed that Kristen wanted him to be the father. Perhaps this gave him an idea.

DOOL spoilers suggest that Brady isn’t happy about the pregnancy. Of course, he will not turn his back on a child. However, if it turns out that the baby is not his, then it would release him of all ties and obligations to Kristen.