Emmerdale Spoilers: Kerry And Amy’s Explosive Secret Is Out – Who Takes The Blame For The Fire? 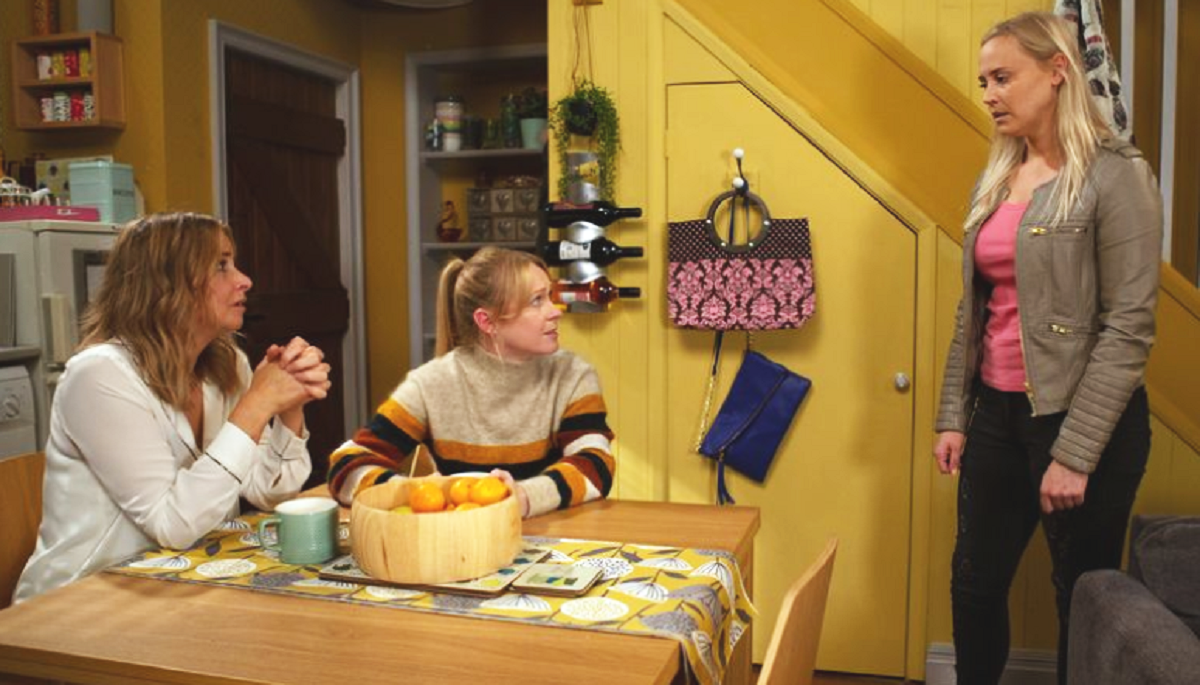 Kerry Wyatt (Laura Norton) and Amy Wyatt’s (Natalie Ann Jamieson) secret about the factory fire is finally out in the open on Emmerdale. But with Kerry’s recent accident, Amy may use it against Tracey Metcalf (Amy Walsh). She will go head to head with Tracey, Vanessa Woodfield (Michelle Hardwick) and Charity Dingle (Emma Atkins).

Viewers may recall that Kerry and Amy blamed Frank Clayton (Michael Praed) for causing the blaze, which leads to his death. Unfortunately, the cat is out of the bag all because of Kerry’s mistake of taking Frank’s key-ring.

Tracy spotted the key-ring fall of Kerry’s purse during her interview with The Hotten Courier. Kerry and Amy stood their ground when Tracy confronted them about it. However, they almost cracked during their interview with the newspaper journalist.

Emmerdale Spoilers – Kerry Wyatt Took All The Blame For The Incident

While the interview was underway, Tracy searches Kerry’s room for the keyring. She didn’t find it but grew more suspicious when she found their passports and travel tickets. Tracy confronted Kerry after the interview and with no way out, Kerry took all the blame and tried to keep Amy out of it. But when Amy returned home, Tracy questioned her as well.

Tracy threatened them that she’ll go to the police and the pair tried to stop her by locking her in. Unfortunately, she managed to escape and while Kerry and Amy tried to keep up with Tracy, Kerry slipped and hit her head on the rocks.

As Kerry recovers from her injuries in the hospital, Amy drops by Tug Ghyll to grab some of Kerry’s things. Vanessa grabbed the chance to confront Amy over their lies. Amy still tried to insist that Frank’s death was an accident and even went as far as insinuating that Kerry’s accident last week happened because she was pushed. She even threatened to go to the police.

Emmerdale Spoilers – Amy Wyatt Threatens To Go To The Police

When Amy left, Vanessa and Charity rallied around Tracy and reassured her that Amy was just bluffing. She won’t go to the police because if she does, she runs the risk of exposing her own secrets.

Will Vanessa tell all to the police? #Emmerdale pic.twitter.com/vS39whdn4W

Hardwick explained that her character, Vanessa feels “gutted and hurt” after learning the truth about Frank’s death. Tracy has been trying to defend him all this time and it even caused a rift between them.

It was also shocking to know that Kerry and Amy were the culprits. “They befriended Vanessa and Tracy to ease their guilt. It’s sickening deception and the lowest of the low,” she explained. Be sure to tune in to catch up on everything happening on the soap right now. Come back here often for Emmerdale spoilers, updates, news, and rumors!