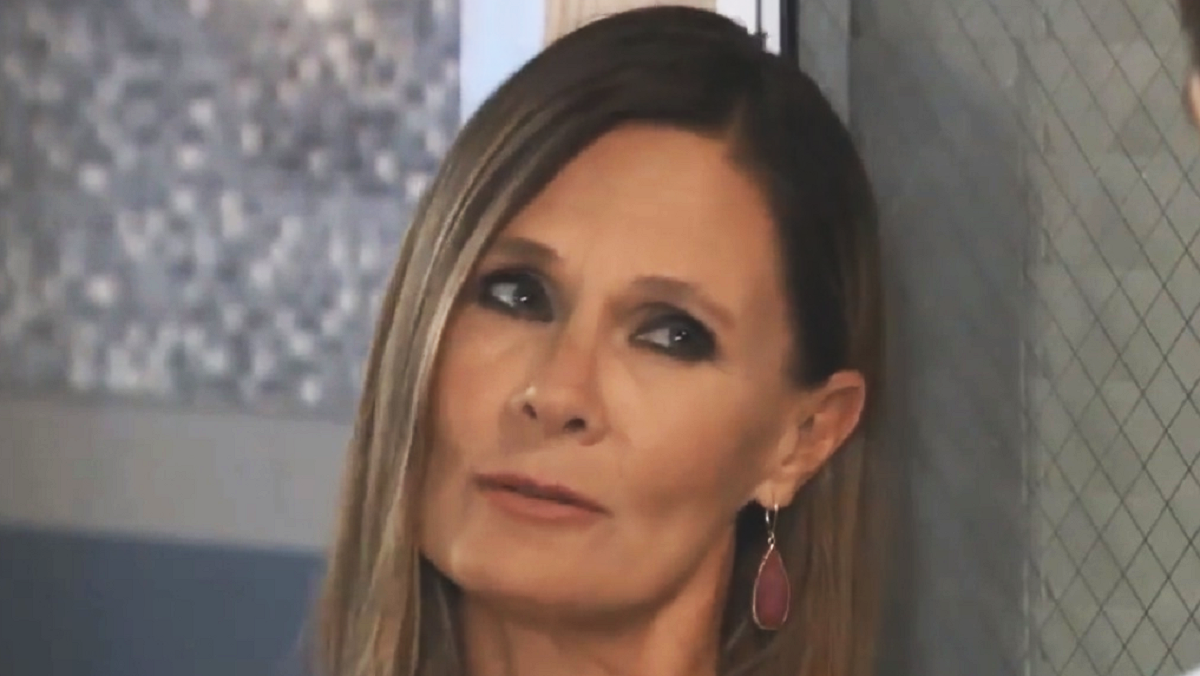 General Hospital (GH) spoilers indicate that Lucy Coe (Lynn Herring) will soon go ahead with her plans to bring back her old perfume company, Deception! She has asked Sasha Gilmore (Sofia Mattsson) to be the Face of Deception, the spokeswoman for the returning company/ This is life an exclusive modeling job, which will most likely take Sasha out of Port Charles.

Sasha might express concerns that Lucy will take back the job offer now that Sasha has been exposed for lying about being Nina Reeves’ (Cynthia Watros) daughter. Lucy will most likely point out that the company’s name is Deception and Sasha’s lies make her literally a face of deception, and that will be good publicity. So now with everything out in the open, Sasha can take the job. That way she won’t have to run into Nina and other people who won’t so easily forgive her deceptions,

Michael Corinthos (Chad Duell) will more than likely encourage Sasha to take the job and travel to wherever it takes her. Michael is the CEO of ELQ so he can meet up with her anytime.

So they will probably try to make the long-distance thing work for them, at least at first. But it’s doubtful Michael will travelling anywhere for a while once he gets his son back, and Sasha will surely be busy with all the cover shoots and everything else the job entails.

Michael will find himself drawn to Willow Tate (Katelyn MacMullen) when she mourns the baby she never knew at all. All this time she thought Wiley was hers biologically and she has been able to bond with him even though she put him up for adoption.

Michael will need help with the transition from having Brad Cooper (Perry Shen) and Lucas Jones (Ryan Carnes) as Wiley’s parents to suddenly have Michael as his dad in a different home.

General Hospital Spoilers – Will Sasha Gilmore Be The Face Of Deception?

Willow has spent a lot of time with the boy. She might be able to make the situation easier for both Michael and Wiley, and hopefully, this will help Willow put her entire pregnancy and the death of her son behind her.

Do you think Sasha will become the Face of Deception and leave town? Will she and Michael try a long-distance relationship? Will they visit one another or will life get in the way and then they find themselves drifting apart?

Would you rather Sasha stay in Port Charles and face the consequences of running into Nina on a regular basis. Or is best for everyone is goes away? Romantic issues are always full of drama in Port Charles, so stay tuned to General Hospital weekdays on ABC, and check back right here regularly for all your spoilers and news!