General Hospital Spoilers: Lulu Is Afraid Of Valentin’s Threat – Who Will He Target? 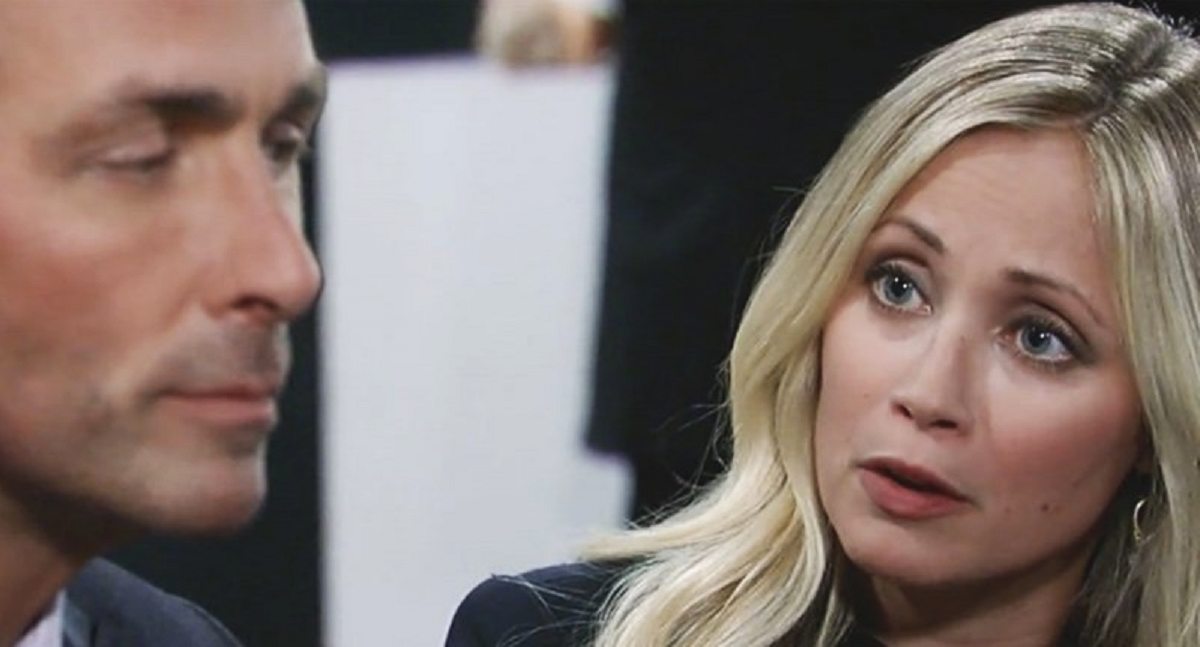 General Hospital (GH) spoilers tease Valentin Cassadine’s (James Patrick Stuart) threat against Lulu Spencer (Emme Rylan) will leave her fearful and looking over her shoulders. She knows Valentin murdered her brother Nikolas Cassadine (then Nick Stabile) and he’s capable of just about anything.

The one thing Lulu has in her favor is she is Charlotte Cassadine’s (Scarlett Fernandez) mother. No matter how much Valentin hates Lulu right now, he would never leave Charotte without her mother.

Laura Webber (Genie Francis) would be a much more likely target. There is no love lost between the two and Valentin doesn’t even know yet that Laura is on the hunt for the codicil to Mikkos Cassadine’s will, which it is believed will leave Valentin penniless. It’s doubtful he would go so far as to kill Laura, but he might use a piece of information that he kept to himself up until now.

Valentin knows that Spencer Cassadine (Nicholas Bechtel) tampered with election results, which is the only reason Laura was able to end up running for mayor.

Watching Laura being disgraced and her ethics being called into question would definitely be something Valentin would do. And taking down Spencer would just be icing on the cake. As viewers know, Lulu’s ex-husband, Dante Falconeri (Dominic Zomprogna) is currently undergoing deprogramming with WSB with the hope that he can return safely to Port Charles eventually.

Valentin knows that Dante was the love of Lulu’s life and even though they divorced, it isn’t what she wanted or would have chosen. He still has a lot of connections with the WSB and might very well considering taking out a hit on the love of Lulu’s life. Then she would suffer as much as he will without Nina Reeves (Cynthia Reeves).

General Hospital Spoilers – Could Dustin Phillips Also Be One Of His Targets?

Dustin Phillips (Mark Lawson) is the guy Lulu has been spending time with lately. Dustin even escorted Lulu to Nina and Valentin’s ill-fated wedding. So Valentin is aware of this new man in Lulu’s life but he may just wait to strike until Lulu has fallen totally in love with the newcomer.

Nothing may come of the relationship, so Valentin will want to watch carefully before deciding to try to harm Dustin. He might also try to pay off Dustin to leave Lulu heartbroken and alone.

How will Valentin get his revenge on Lulu? Will he go after her family members like Laura and Spencer? Dustin or Dante could also both have targets on their back. Maybe nothing will come of it, but Cassadine’s are not known for empty threats. Watch Lulu and all you other favorite Port Charles, weekdays on General Hospital, and check back here regularly for all your news and spoilers!