The Bold And The Beautiful Spoilers: Friday, October 11 – Transplant Surgery Is A Success – Katie Wants To Meet Her Anonymous Donor 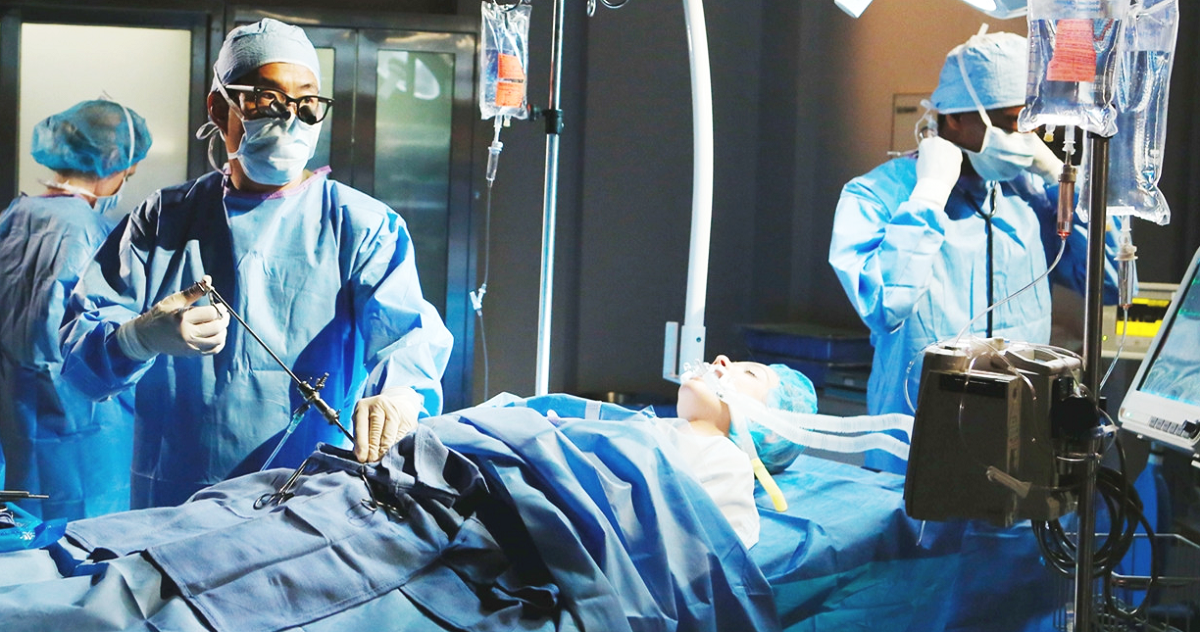 The Bold and the Beautiful (B&B) spoilers for Friday, October 11, tease that Katie Logan (Heather Tom) will have a big request. As B&B viewers know, her family is anxiously awaiting the outcome of her kidney surgery. She needed a life-saving kidney transplant, and for a while, it looked like no donor would emerge, but at the last minute, Katie and her family were notified that an anonymous donor had been found, giving Katie the miracle she needed.

Of course, as B&B viewers know, Katie’s donor is her niece, Flo Fulton (Katrina Bowden). Flo got tested and discovered that she was a match for Katie, and then decided that she wanted to keep her status as Katie’s donor a secret. She officially became an anonymous donor, so no one in Katie’s family knows that she decided to make this life-saving sacrifice for her aunt.

The only other person who knows about Flo being Katie’s donor is Flo’s mom, Shauna Fulton (Denise Richards), and she thinks that it’s a big mistake for Flo not tell the Logans that she’s the donor. Shauna thinks that Flo could regain her place in the Logan family if she were to reveal her status as Katie’s donor, but for now she’s respecting Flo’s wishes and isn’t saying anything to Katie’s family.

While Katie’s family awaits the outcome of her surgery, Shauna will continue to wait for news of Flo’s outcome. Finally, on Friday’s episode of B&B, Bill and the rest of Katie’s family will get the news that Katie has come through the surgery and that she’s going to be ok. It doesn’t look like there will be any complications from the surgery, which will relieve everyone. Shauna will get good news, too, that Flo is out of surgery and doing well.

According to B&B spoilers, Katie will soon come out of her anesthesia, and when she does, she’ll be feeling tremendously grateful. She’ll have received the gift of life from her donor, and she’ll realize just what a great sacrifice it was for her “secret guardian angel.” She’ll decide that she doesn’t want her donor to remain a secret, and she’ll make the request to meet the person.

Of course, that will be a major request, and it will be something that Flo won’t want to do. Flo doesn’t want the Logan family to think that she donated with the sole purpose of getting back in their good graces.

That’s not the reason she did it; she really wanted to help Katie and it wasn’t for personal gain or recognition. After what Flo did to Hope Logan (Annika Noelle) by keeping Beth Spencer (River Davidson and Madeline Valdez) from her, Flo felt that it was time for her to do something good for her family.

Bold and the Beautiful Spoilers: Is Liam Becoming A Deadbeat Dad? @celebratesoaps https://t.co/AzDa2lcNsH

But according to ongoing B&B spoilers, something will happen, and Flo’s identity will ultimately be revealed to Katie and the rest of the Logan, Spencer, and Forrester families. Exactly how that happens remains to be seen, but someone will end up spilling the beans, and Katie and her family will realize that the person who saved Katie’s life is someone they utterly detest.