The Bold and the Beautiful Spoilers: Shauna Threatens To Reveal Flo’s Secret: Flo To Cut Ties With Mom? 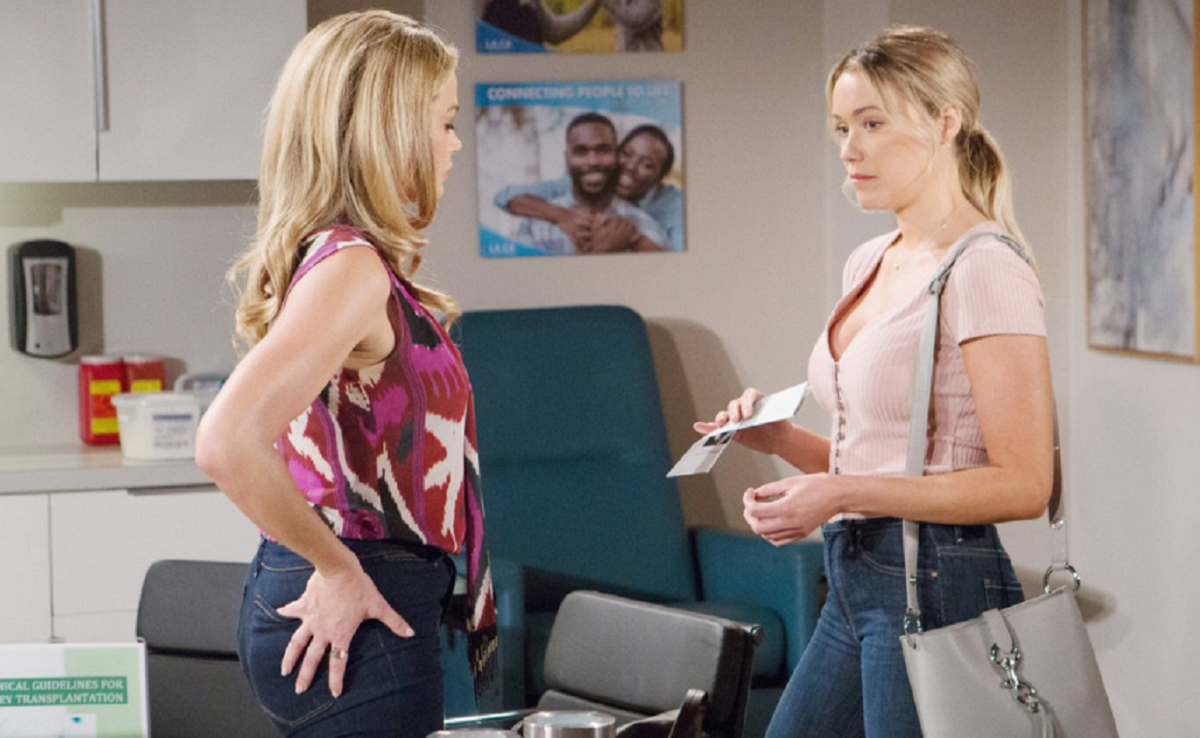 The Bold and the Beautiful spoilers reveal Flo Fulton (Katrina Bowden) is a match for Katie Logan’s (Heather Tom) kidney crisis. The shunned character is making her donation a secret for all the right reasons. However, will Shauna Fulton (Denise Richards) ruin things by blabbing Flo’s secret?

After collapsing, Katie was told she was in kidney failure. Although she is on dialysis right now, she needs a kidney transplant. According to Dr. Davis (Tisha Campbell), she needs it as soon as possible. However, many family members have been tested and none of them are a good match.

On Monday’s episode of B&B, Katie broke down and cried. She is terrified of dying and leaving her son without a mother.

Meanwhile, Brooke Logan Forrester (Katherine Kelly Lang) was still at Shauna’s home. Flo told Brooke that she hopes one day the family could forgive her. However, Brooke was in disbelief at what she was hearing. She replied that forgiveness would never happen. Before leaving, she warned Flo and Shauna to stay away from her family.

The Bold and the Beautiful spoilers reveal that Flo will decide to get tested to see if she is a match. It turns out that she is and decides to donate her kidney to Katie.

However, she doesn’t want the family turning away a good kidney due to their anger. So, she wants the donation to remain anonymous. However, secrets always end up coming out in the soap opera universe.

It seems likely that Flo’s new secret will come out due to Shauna. Most likely, she will overhear others talking badly about Flo. Due to her impulsiveness, she will probably blurt out the truth about Katie’s kidney transplant. When this happens, how will Katie and everyone else react? Will it guarantee automatic forgiveness or is it not enough?

What do you think is going to happen when Flo donates her kidney to Katie? Will Shauna reveal the secret, even though Flo has asked her to keep quiet? What will the end result be?

Be sure to tune in to catch up on everything happening on B&B show right now. Come back here often for The Bold and the Beautiful spoilers, updates, news, and rumors!