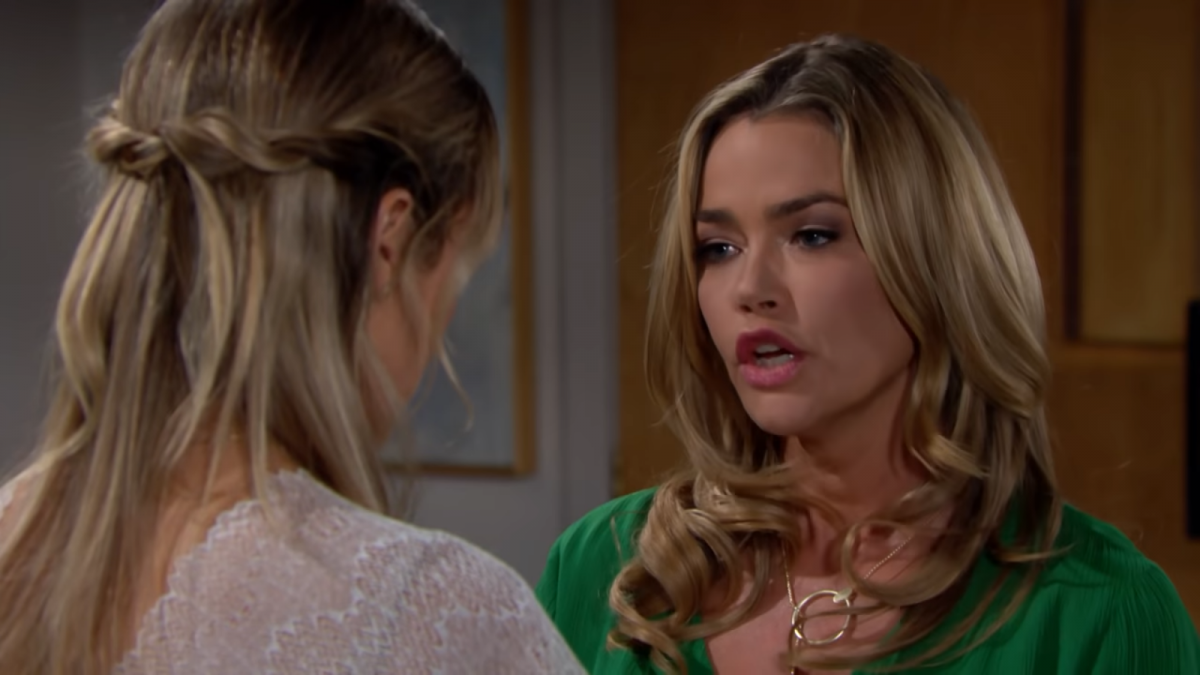 The Bold and the Beautiful (B&B) spoilers reveal Shauna Fulton (Denise Richards) makes a confession. What she admits to will end up leaving Ridge Forrester (Thorsten Kaye) stunned. Does it have to do with that drunken night at Bikini Bar? Or does this refer to some other situation?

After a fight with Brooke Logan Forrester (Katherine Kelly Lang), Ridge ended up getting drunk. Shauna happened to be there and plopped herself down at his table. Eventually, Ridge got so drunk that he passed out. He slept it off in a room upstairs from the bar. However, Shauna was with him the entire time.

This situation has created some stress for Brooke. As if Thomas Forrester (Matthew Atkinson) wasn’t enough to deal with, now she has competition.

It is teased that Shauna will end up confessing something to Ridge. Details were not revealed, but it must have something to do with that fateful night. As fans recall, the two did not become intimate. However, Shauna was hovering over his passed out body the entire night.

Fans are speculating that Shauna might admit to kissing Ridge when he was passed out cold. However, would she really confess to taking advantage of him while he was drunk? Could the confession be something that would make her look good to Ridge? Perhaps she will tell him that Flo Fulton (Katrina Bowden) donating her kidney to Katie Logan (Heather Tom) was her idea?

The Bold and the Beautiful spoilers reveal that Shauna’s confession stuns Ridge. Now, it was not stated if that is a positive or negative kind of shock. Will it make him realize that confiding in her was the wrong thing to do? Or will it make him see her in a positive light, as someone Brooke has “completely wrong?”

What do you think Shauna Fulton’s confession has to do with? How will Ridge Forrester react to what he learns? Will this affect Brooke Logan Forrester in any way? If so, how will she react to the news? Fans will have to keep watching the CBS soap opera to find out.