The Young And The Restless Spoilers: Phyllis’ Talk With Amanda Revealing – Adam’s In Trouble? 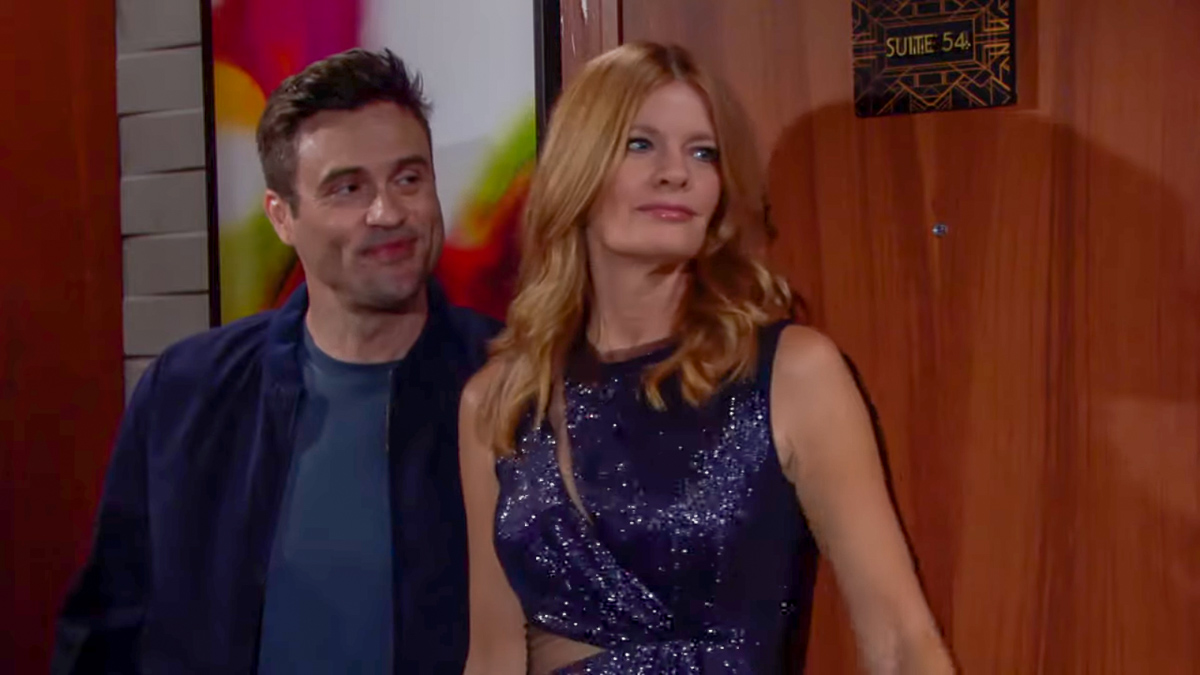 The Young and the Restless (Y&R) spoilers document that Phyllis Summers’ (Michelle Stafford) approaching Amanda Sinclair (Mishael Morgan) was calculated, of course. That’s what Phyllis does.

Meanwhile, Y&R fans, like Adam Newman (Mark Grossman), were surprised to see Phyllis appear at a small poker game in Las Vegas, Nevada, just a short while after attempting to extract information about Chance Chancellor (as last played by John Driscoll). She may have used a supersonic jet to fly so rapidly from Genoa City, Wisconsin, to the famous gambling spot.

How she afforded or justified, a last-minute ticket is another story. Although frequent flier miles could have been cashed in.

Young And The Restless Spoilers – Chance Chancellor Must Appear Soon

Phyllis’ recent, deep concern regarding Adam’s connection with Chance may imply that Grossman’s character isn’t the only one who’s connected to him. It wouldn’t be surprising to learn that Red has woven herself into this web as well.

Considering that the Phyllis and Adam characters were recast this year, it’s fair to wonder if Chance will be, or already has been, as well. A major head-fake will be realized if Y&R doesn’t make Chance appear shortly, as either Driscoll reprising his role, or in the form of a new actor.

Chance supposedly hired Amanda to handle his challenge of Katherine Chancellor’s (Jeanne Cooper) will. But it’s possible that Adam is actually pulling the strings, or even using Chance’s name as a cover. Then again, Phyllis could also be doing either.

Cane Ashby (Daniel Goddard) was shocked and upset to learn that he’s been dragged into what seems like a ruse. Using his name to try and steal what Katherine left to Devon is wrong.

So, as part of his own quest for truth, Cane quizzed Phyllis about Adam’s whereabouts. And, he planned on tracking Chance down himself.

Cane’s abduction propels this rapidly developing storyline to the next level. Goddard’s character obviously got too close and needed to be neutralized. As Christel Khalil (Lily Winters) was recently seen on the set again, Cane’s plight could soon prove to be a hopeful development for Lane fans.

Young and the Restless #YR Spoilers: Devon And Amanda Destined To Be Together – Elena Left Heartbroken @celebratesoaps https://t.co/tMpItLuP3P

Young And The Restless Spoilers – Adam Newman Wants Break From Past

Adam is not pleased that Phyllis tracked him down in Vegas. Her doing so is very soapy, when logically considering that Adam could have been anywhere on the globe. Yet, the plot is compelling and so this leap of faith is worth it.

Whether Adam is pursuing nefarious dealings in Vegas, or not, he certainly doesn’t want anyone from GC pesting him. But Phyllis is relentless when she senses trouble, or is working toward her own goals. However, in this case both factors might be in play.