The Bold and the Beautiful Spoilers: Monday, October 14 – Katie Expresses Gratitude To Flo – Brooke Lashes Out At Shauna 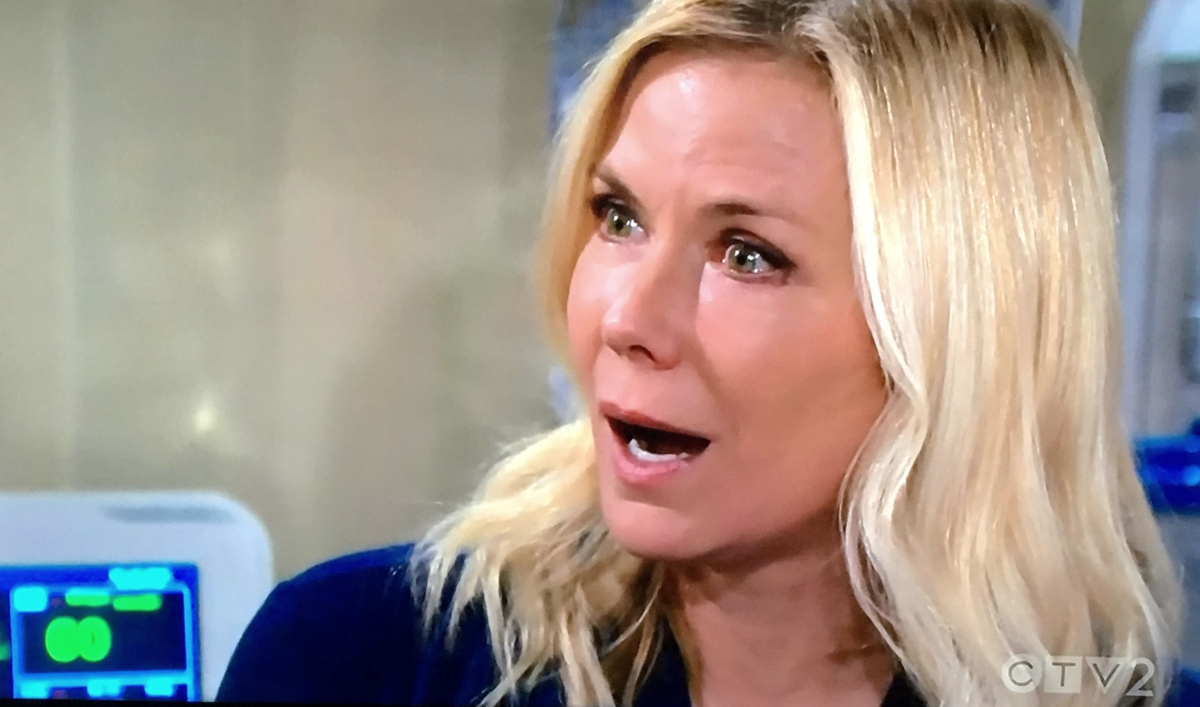 The Bold and the Beautiful spoilers for Monday, October 14, tease that the family of Katie Logan (Heather Tom) will be absolutely shocked. As B&B viewers know, they have just learned that Flo Fulton (Katrina Bowden) was Katie’s kidney donor.

Katie decided that she wanted to meet her donor, and Flo agreed for her identity to be revealed, even though she previously wanted to keep her identity anonymous. It was a big moment as Shauna Fulton (Denise Richards) and Flo came into Katie’s room, and everyone was in utter disbelief.

According to B&B spoilers, there will be some very different reactions to the big reveal. Of course, everyone will be initially stunned to realize that the same person who deceived the family about Beth Spencer (River Davidson and Madeline Valdez) for months is the one who has given Katie renewed life.

But it seems that Katie will find herself softening to Flo. Although she won’t be able to just forget what Flo did to Hope Logan (Annika Noelle), she will nevertheless feel a deep gratitude toward Flo and she’ll likely offer Flo a heartfelt thanks.

The Bold and the Beautiful Spoilers: Steffy Used By Thomas Again To Cause A Rift Between Liam And Hope

Bill Spencer (Don Diamont) will also learn that Flo is Katie’s donor. As B&B viewers know, Bill was out of the room when the big reveal took place, getting something to eat for Will Spencer (Finnegan George), but he’ll be back soon and will have to be told the news. Of course, he detests Flo for what she did to his granddaughter Beth, Hope, and Liam Spencer (Scott Clifton). But, like Katie, he’ll probably be grateful to Flo, too.

But there will be one person who is not feeling particularly grateful, and that’s Brooke Forrester (Katherine Kelly Lang), who will be feeling quite angry. Of course, she’ll feel thankful on some level, given that Katie’s life was saved, but she’ll also be feeling a lot of anger toward Shauna. According to B&B spoilers, Brooke will confront Shauna on Monday’s episode and a huge argument will ensue.

It looks like Brooke will corner Shauna, most likely in the waiting area, and she’ll blast Shauna for using the situation with Katie to her daughter’s advantage. Brooke knows how much Shauna wants Flo to be a part of the Logan family, and she’ll think that Shauna encouraged Flo to donate her kidney in order to be redeemed by the Logans. Brooke will find that absolutely disgusting and she’ll let Shauna know that in no uncertain terms.

The Bold And The Beautiful Spoilers: Flo’s Gift Stuns The Logan Family– Will They See The Good In Her? https://t.co/Zj2XfmpyVm pic.twitter.com/QRpaS7lRLO

Brooke may even tell Shauna that Flo will never be redeemed or accepted back into the Logan family. As B&B viewers know, Brooke is still upset over Shauna having spent the night with Ridge Forrester (Thorsten Kaye), so some of her anger over that situation will probably carry over into their argument. Brooke will really antagonize Shauna over the whole thing, and Shauna will probably fight back hard.