The Bold and the Beautiful Spoilers: Steffy Used By Thomas Again To Cause A Rift Between Liam And Hope 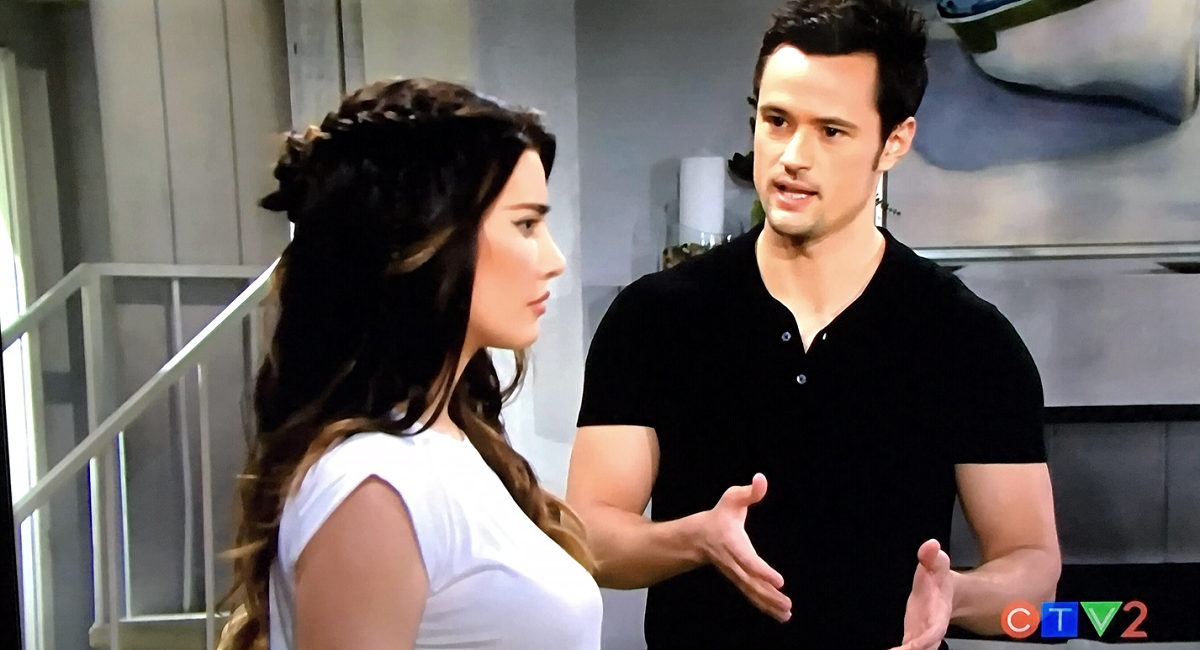 The Bold and the Beautiful spoilers tease that Steffy Forrester (Jacqueline MacInnes Wood) could be victimized again. Thomas Forrester (Matthew Atkinson) schemes to cause conflict between Liam Spencer (Scott Clifton) and Hope Logan (Annika Noelle). How is Steffy involved?

B&B spoilers teased Ridge Forrester (Thorsten Kaye) would make a drastic move. Not only did he physically move, but he has a plan to fix Steffy and Thomas’ relationship.

He suggests that they all live at Steffy’s place. It is a suggestion that shocks Steffy, especially considering she is still struggling with losing “PhoeBeth.”

Bold And The Beautiful Spoilers – Thomas Forrester Hasn’t Moved On

The Bold and the Beautiful spoilers suggest that Thomas has not moved on from Hope. He told Ridge that he was trying to push forward and Hope was in his past. However, that isn’t true. He interrogated his young son, Douglas Forrester (Henry Joseph Samiri) about Liam and Hope’s relationship. He insinuated that the two must be miserable. When Douglas denied this, Thomas got an evil, dark look in his eyes.

The latest information reveals that Liam will receive a text message from Steffy. The contents of the message were not released. However, it is enough to make Hope jealous. Steffy is focused on herself and taking care of her daughter right now. It seems unlikely she would send anything flirty or scandalous to Liam.

It is also teased to expect Liam to bring baby Beth to Steffy for a secret visit. Of course, he has noble intentions. Although the child belongs to Hope, Steffy raised her for several months. She is mourning the loss of a baby she thought was hers. However, this secret visit could complicate things for “Lope” even more.

Who is better for Ridge on #BoldandBeautiful — Shauna or Brooke?

What do you think is going to happen with Liam and Hope? Does Steffy really send the message to her ex, or is Thomas back to his old tricks again?