The Young and the Restless Spoilers: Newman Power Struggle – Victor Playing Mind Games With Victoria And Nick Too? 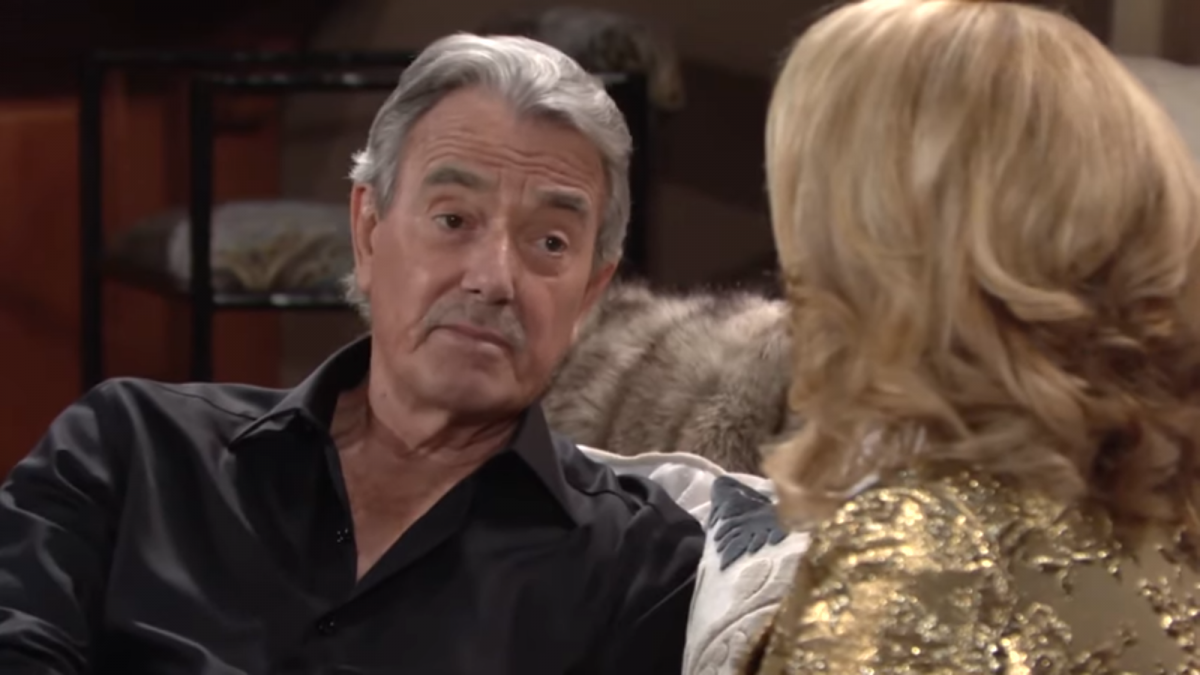 Victor Newman (Eric Braeden) feels better on ‘The Young and the Restless’. So, in his mind, it’s time to reclaim the throne at Newman Enterprises, where the famous oil painting of him hangs.

Vickie Newman (Amelia Heinle) was enraged and her brother, Nick Newman (Joshua Morrow), was upset as well. Victor’s first two offspring have often thrown temper tantrums whenever their father hasn’t acted as they think he should.

In this instance, each sibling offered yet another round of verbal retorts after Victor confirmed that he was returning as Chief Executive Officer. Then, Vickie went to what was her office and whirled a metal letter opener directly at her dad’s portrait, with the dagger sticking in oily Victor’s right shoulder.

But who built Newman Enterprises from the ground up? Longtime Y&R fans know that it was Victor and have long recognized that he didn’t achieve, maintain, and sustain his worldwide conglomerate by random chance. No, the ‘Moustache’s’ blood, sweat, and tears are invested in the business he hopes his children take over some day. But not yet.

Young And The Restless Spoilers – Naive View of Business

There are those who believe that anyone who founds a business must have had the world handed to him, or her, first. But Victor is different than someone like Jack Abbott (Peter Bergman), whose father, John Abbott (Jerry Douglas), founded Jabot, despite dealing with his then wife’s, Dina Abbott (Marla Adams), betrayal of her marriage vows and abandonment of their young children.

Vickie is like Jack in the above regard. All she’s ever known is her father’s wealth. Yes, it comes with overbearing ties. But Vickie has never permanently severed ties with Newman and maintained that principled stance. She’s made her choice that knowingly comes with personal consequences, meaning her father’s personality quirks.

Victor is called ruthless by a wide swath of people. But many of those naive souls have only served as employees, or bosses, and were never owners.

Young And The Restless Spoilers – Blood Disease Seemingly Under Control

The rare blood disease Victor has wasn’t a ruse. But his dying from it was a hoax.

Y&R fans are likely wondering if the show is in the process of minimizing, or soon eliminating this health threat, as the arc involving it feels basically over. Victor’s appearance and demeanor, with full kudos to the ever-great Braeden, are much improved. And with that, he’s naturally wanting to get back to work.

The Young and The Restless Spoilers: Adam Backed Into A Corner, Forced To Reveal Details About Chance and Will Challenge @celebratesoaps #yr #youngandrestless https://t.co/5JaJZuaNAW

Hopefully Vickie won’t bolt from Newman, as being the Chief Executive Officer of this company is a position she’s earned. No other family member and likely, no other human being on the planet could handle her father as she has.

Vickie is the perfect choice to be Victor’s top executive. With his health issues apparently resolving, but not over, she needs to remain at work in order to help her dad and protect Newman.

A rash choice to leave, as she’s often done before, would be counterproductive. Maybe a week off would serve to clear Vickie’s head, as the stress of all that’s happened is actually what’s taken a toll on her, instead of Victor’s decision to return as CEO.