Days of Our Lives Spoilers: Kristen Reacts to Stefan’s Death, Could She Help Gabi Get Revenge? 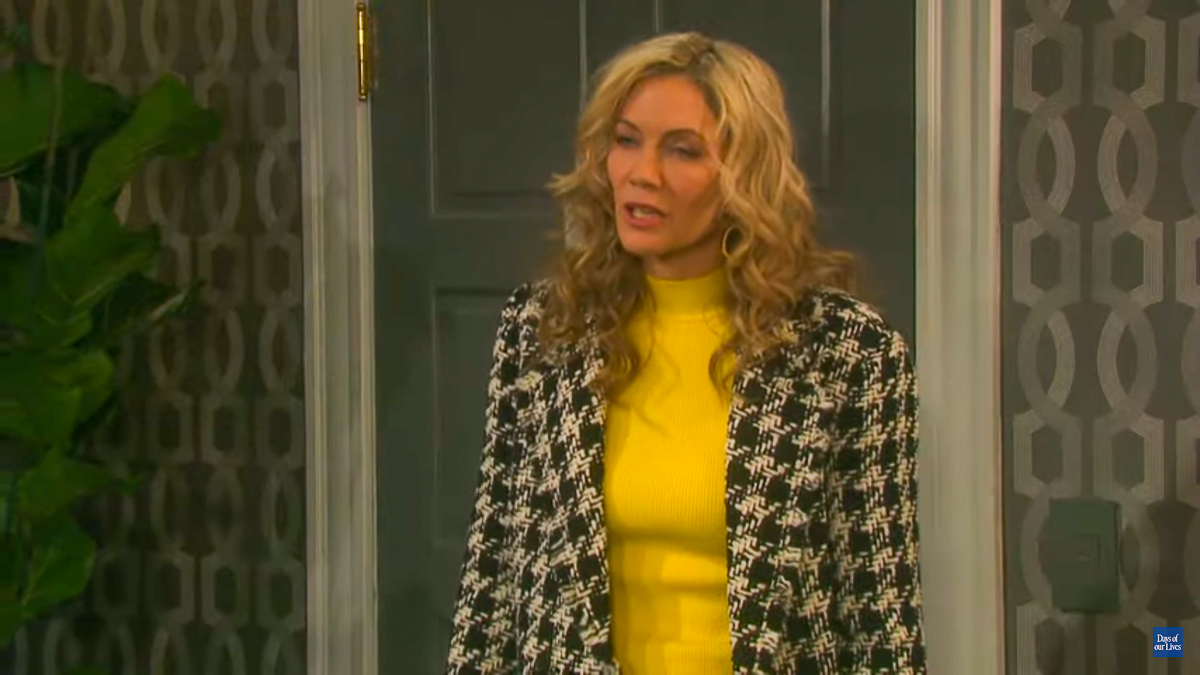 Days of Our Lives spoilers reveal Kristen DiMera’s (Stacy Haiduk) reaction to her brother’s shooting. Machines are keeping him alive, but he’s legally and clinically dead. She didn’t know him that well, but did have an emotional reaction to his prognosis. Will she help Gabi Hernandez DiMera (Camila Banus) get revenge?

The villainess came to Salem with a few different goals. One was getting back together with Brady Black (Eric Martsolf). The other was taking control of DiMera Enterprises, a position once held by Stefan DiMera (Brandon Barash).

Despite her wanting Stefan (and everyone else) out of her way, Kristen didn’t want her brother dead. She admitted to not knowing him that well and realizes she will never get the chance. She is also thinking about how the DiMera family is dwindling in size. This leaves her pretty much alone in the world.

Days of Our Lives spoilers reveal that Gabi is grieving and wants justice. She is blaming everyone for Stefan’s death. Gabi is even going as far as to spew out conspiracy theories regarding his medical care, prognosis and death.

Even Dr. Rolf (William Utay) can’t help Gabi and this leaves her feeling powerless. What makes the situation even more tragic is that Lani Price (Sal Stowers) was cleared of any wrongdoing. Fans know that shooting Stefan was not intentional. However, this doesn’t make things any easier for Gabi. She wants someone to pay and will go to great lengths to avenge Stefan’s death.

Is Dr. Rolf the father of Kristen's baby on #DaysofOurLives?https://t.co/JltHDCeGOX

DOOL Spoilers – Will the Women Team Up to Get Revenge?

DOOL spoilers suggest that Kristen and Gabi could join forces in order to get revenge. Of course, Kristen doesn’t do anything unless it will benefit her somehow. Perhaps the women make a deal so they both can get what they want. Gabi just wants justice. However, Kristen’s goals are more complicated.

What do you think will happen after Stefan’s death? Could Gabi ask Kristen for help with getting justice? Fans will just have to keep watching to see how this storyline unfolds.