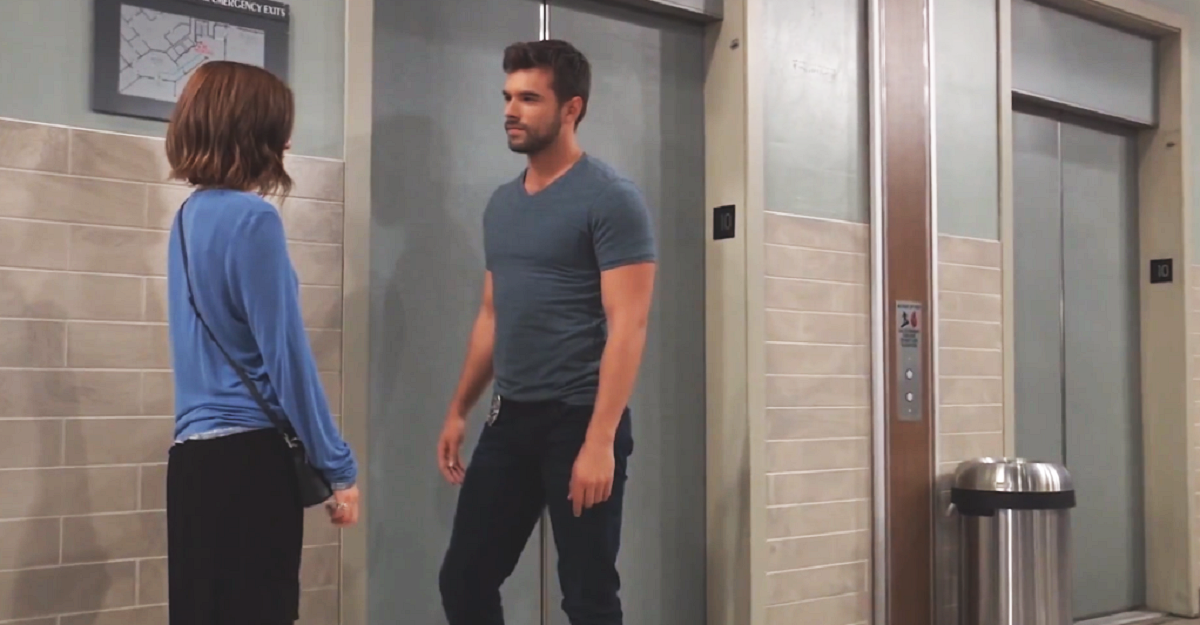 General Hospital (GH) spoilers tease that Hayden Barnes (Rebecca Budig) will continue to withhold the fact she had Hamilton Finn’s (Michael Easton) baby, even though she had told him she had miscarried. The truth is that Hayden has a little girl she still hasn’t sent for even though she has been in Port Charles for months now.

She’s had a few daydreams about telling him the truth and has a few close calls but so far she has kept the truth hidden. But the more Hayden and Finn run into each other, the greater the chance she slip up and the truth will come out.

After realizing she can’t keep this a secret anymore she will resolve to tell Finn the truth. Hayden knows she has no business keeping this secret so most likely she will set up a time and place for the to talk.

General Hospital Spoilers – Hamilton Finn’s Brother Has Noticed Them Together

Hopefully, by then the little girl will in Port Charles. But lately Harrison Chase (Josh Swickard), Finn’s brother has noticed the two of them together. Not wanting to see Hayden hurt Finn again, especially when he has such a good thing going with Anna Devane (Finola Hughes), Chase may decide to talk to Hayden himself.

Chase won’t want to see Finn get hurt but he also has noticed how often the two of them seem to be huddled together and he will grow concerned. He might even ask her point blank if she is trying to get Finn back or if she has any other secrets she is hiding that might hurt Finn.

He certainly won’t suspect that there is baby out there, but the conversation might rattle Hayden enough to change her mind keep their daughter a secret from him.

But Hayden should know better than to do this. The truth always comes out, usually at the worst possible when the most damage can be done. That will surely be the case in this situation as well. There is no doubt will be more than a little bit angry.

He will be furious and sue for sole custody, but that’s not necessarily a bad thing. Hayden has been away from the little girl for months now. And the longer the hunt for codicil takes, it looks like she is planning on being in Port Charles for a long while.

Do you think Hayden will finally do the right thing and tell Finn the truth? Will she ever send for her little girl. In Port Charles may take a very long time to come out, but they always do eventually. Watch General Hospital weekdays on ABC and check back here often for news and spoilers!