The Young and the Restless Spoilers: Jack And Traci’s Shock Discovery – Dina Takes A Fall! 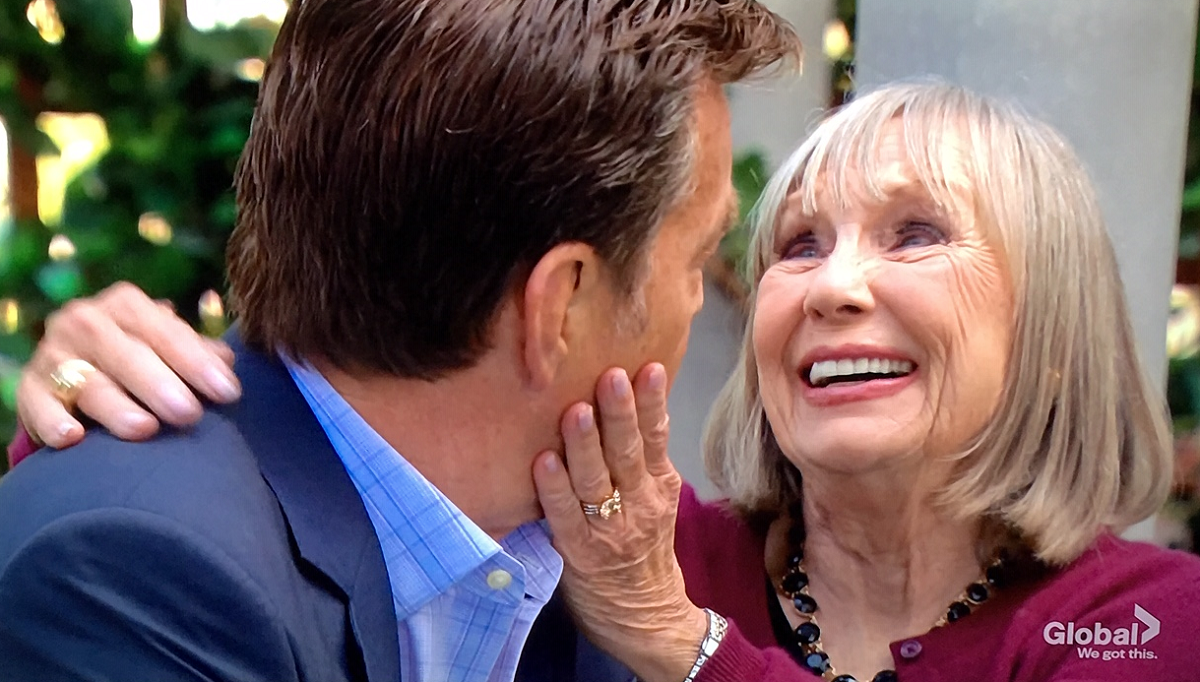 The Young and the Restless (Y&R) spoilers tease that Jack Abbott (Peter Bergman) and Traci Abbott (Beth Maitland) are hard at work on the book they’re writing about the Abbott family. As Y&R viewers know, they want to memorialize the Abbott family story in a novel, so they’ve set on a mission to learn as much as they can about their mother Dina Mergeron’s (Marla Adams) life.

Well, soon, they’ll encounter a big family mystery, but first a scary event will take place. Jack and Traci will be working on their story when Jack gets a call from the memory facility where Dina is living. He’ll learn that Dina has taken a fall – luckily, she won’t be hurt badly and will just have hurt her wrist a bit. But that will send Jack rushing to the memory facility to be by her side.

According to Y&R spoilers, while at the memory facility with Dina, Jack will talk with his mother about some of the research that he and Traci have been doing for the book. He’ll ask her some questions about her first date with their father, but instead of talking about that, Dina will mention a man named “Stuart,” which will strike Jack as odd, since he knows of no one in their mother’s past named Stuart.

Well, Traci will then do a little digging and find a photo of Dina from years ago with several men, including a man named “Stuart Brooks,” who they’ll discover was a newspaper owner. That will pique their curiosity, and they’ll decide to get to the bottom of who this person is and what his relationship is to Dina.

Y&R Spoilers – Traci Abbott Is Determined To Find The Truth

Of course, Jack and Traci realize that when it comes to Dina and her life during those years, virtually anything is possible. As Y&R viewers will remember, Dina walked out on her family and caused a lot of pain for them all. She likely had several male suitors over the years, so neither Jack nor Traci will know what they’re going to find when they go looking into Dina’s relationship with Stuart.

But, according to Y&R spoilers, Traci will be determined to get to the bottom of whatever happened with Dina and Stuart – no matter what the truth is. Do you think that there’s a deeper mystery here…perhaps something that Jack and Traci won’t want to discover about their mother?