Days Of Our Lives Spoilers: 5 Key Weekly Takeaways From DOOL October 14 To October 18 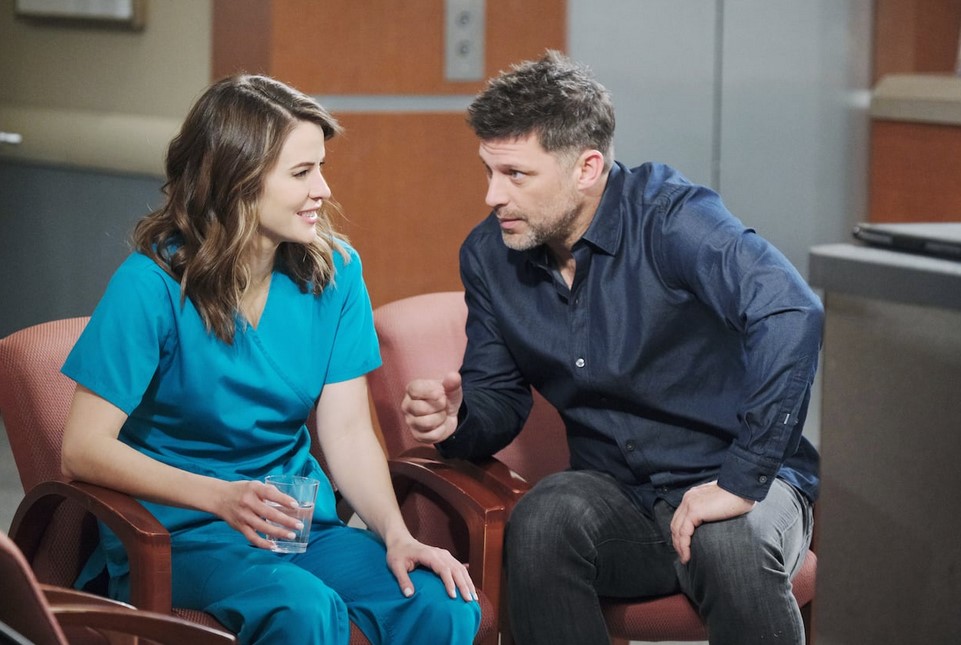 Sarah Horton’s (Linsey Godfrey) pregnancy secret will continue to be an issue this week, as Xander Kiriakis (Paul Telfer) enlists Dr. Wilhelm Rolf’s (William Utay) help to keep her from leaving Salem. Rolf suggests that if Eric Brady (Greg Vaughan) knew Sarah was pregnant, he would try to keep her in Salem and he might have better luck. Xander decides to ask Rolf to deliver the news of Sarah’s pregnancy with a copy of the results of her pregnancy test to Eric, which he does.

But then Xander backtracks and decides that’s not such a good idea after all! Sarah will tell Eric she’s leaving Salem, but then Rolf delivers the letter to Eric and Nicole Walker (Adrienne Zucker) takes it, Eric not being at home. Her curiosity gets the best of her and she reads it! Xander will try to convince Nicole to keep her mouth shut and not tell Eric! Nicole will struggle to keep the truth from Eric, torn between being honest and wondering if she is honest if he will gravitate back from her to Sarah! Neither Nicole nor Xander want that to happen!

Julie Williams (Susan Seaforth Hayes) gets a last minute save when Gabi Hernandez DiMera (Camila Banus) finally decided to donate her brain-dead husband Stefan DiMera’s (Brandon Barash) heart, although she will grieve over his death, which is to be expected. Julie will discover that Gabi gave her Stefan’s heart presumably after the transplant is done, since she had gone into a coma and even flatlined in last Fridays’ episode.

Gabi, however will be furious when she overhears Eli Grant (Lamon Archey) and Lani Price (Sal Stowers) happily making wedding plans, when she is grieving her husband, who Lani accidentally shot when he jumped in her line of fire! At the end of the week though, Dr. Kayla Johnson (Mary Beth Evans) will tell Gabi, Eli and Lani that Julie’s not out of the woods yet!

Brady Black (Eric Martsolf) and Kristen DiMera (Stacy Haiduk) will bond over her high-risk pregnancy, presumably with Brady’s child, although his father and stepmother, John Black (Drake Hogestyn) and Dr. Marlena Evans (Deidre Hall) will fear he has made a big mistake! The news of her pregnancy and his moving Kristen in with him at the Kiriakis mansion had gone over like a lead zeppelin, or as Eric Martsolf put it in an interview with Soap Opera Digest, a pregnant pole-vaulter with Brady’s grandfather Victor Kiriakis (John Aniston) previously, so it’s a safe bet that Brady and Kristen won’t be voted “Salem’s Most Popular Couple” any time soon!

Days of Our Lives Spoilers: Stacy Haiduk Previews What’s Next For Kristen DiMera- Here’s What You Need To Know https://t.co/Ku9xZQ2ccj pic.twitter.com/fGm0aRinXi

John and Marlena will also become very concerned about Hope Brady (Kristian Alfonso) who has not been herself, and they can see it’s not just the aftermath of Julie’s heart crisis that has gotten to her, it’s much worse! She will start to remember portions of her encounter with Dr. Rolf, who had injected her with an unknown substance and then implanted something in her neck. However, by the end of the week, Kate DiMera (Lauren Koslow) will be perplexed by an encounter with Hope and Hope’s strange behavior will continue, and likely worsen!

Ben Weston (Robert Scott Wilson) and Ciara Brady (Victoria Konefal) will still fear for Ciara’s life because of his psycho sister, Jordan Ridgeway (Chrishell Hartley) who has tried to kill Ciara twice before. Ben and Detective Rafe Hernandez (Galen Gering) will get new information regarding Ciara’s near hit and run in front of Brady’s Pub, which Ben suspected was Jordan trying to kill Ciara, while Victor will order a hit on Jordan! However, by the end of the week Ben will apologize to his sister, apparently having been cleared in the hit and run investigation.

That’s all for this week’s Five Key Takeaways From This Week’s Days Of Our Lives. Stay tuned to the show, and keep checking Days of Our Lives spoilers for all the latest news, updates and developments!