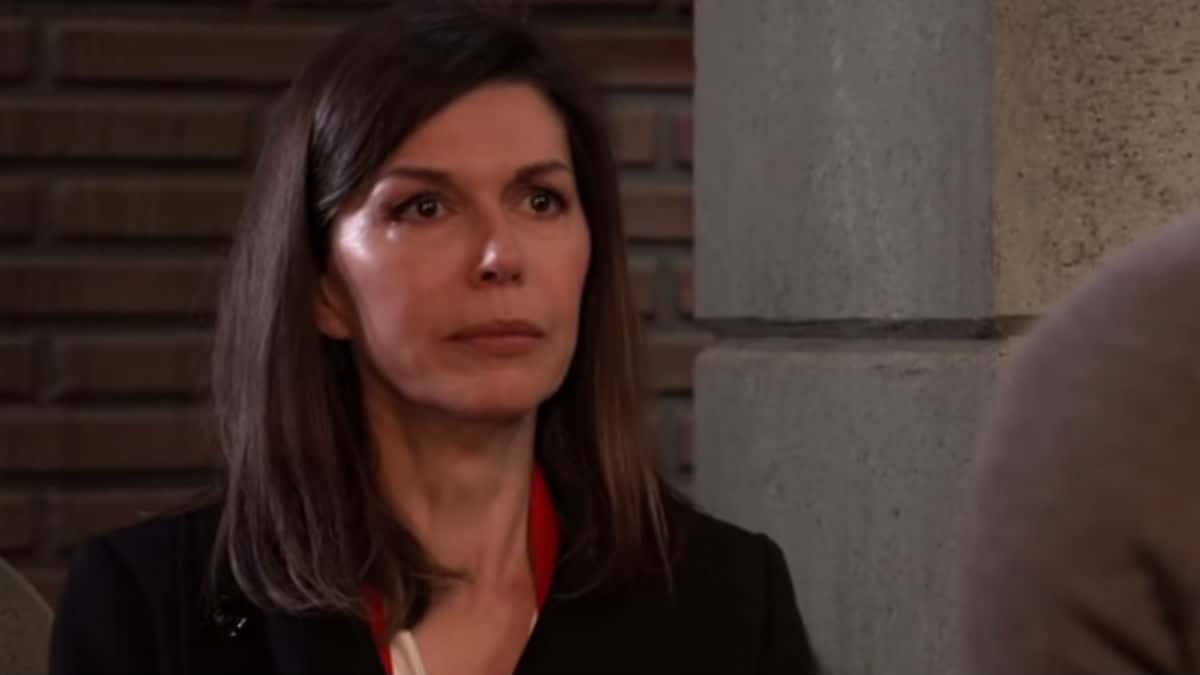 General Hospital (GH) spoilers tease that Anna DeVane (Finola Hughes) is due to return any day now and she will have a lot on her plate as soon as she hits the ground. At some point, she will have to divulge whether she found out that Peter August (Wes Ramsey) is actually her nephew instead of her son or not. That was her whole reason for leaving, to confront her twin sister Alex Devane (also Finola Hughes) about whether her memory of giving birth to Peter was an implant from Alex’s memories. Plus she will have to deal with the return of Hayden Barnes (Rebecca Budig) and what is means for her relationship with Hamilton Finn (Michael Easton).

But first, something more pressing may need her immediate attention. While she has been gone, Cassandra Pierce (Jessica Tuck) resurfaced and was eventually captured by Laura Collins (Genie Francis) and Curtis Ashford (Donnell Turner). When last Anna saw her, Finn had just provided a drug to Cassandra allowing her to wake from her coma, but someone broke her out of the WSB facility. The only clue to that person’s identity was that they were wearing a Cassadine family ring.

Cassandra is a dangerous drug manufacturer who hurt a lot of people. She even gave Finn a strong dose of drugs that could have killed him or brought about a relapse in his addiction. And even more recently, she poisoned Sasha Gilmore (Sofia Mattsson) with a nearly fatal dose of the avian flu. Anna will to find out who wanted Cassandra free and take them down.

As with everything Cassadine related right now, all signs seem to point to Nikolas Cassadine (last played by Nick Stabile) being alive and well. But why would he break Cassandra loose? Perhaps the answer lies with the injuries that Nikolas sustained when he was shot by Valentin Cassadine (James Patrick Stuart). Cassandra is an expert in all things pharmaceutical and he may have needed her help to heal from his injuries.

So look for Anna to make it her business to find out who broke Cassandra out and why. Is it possible she will locate Nikolas before anyone else? He’s done a great job of staying out of sight up until now, but Anna is a master spy and she will likely get to the bottom of the mystery of the reclusive Cassadine!

Do think Anna will avoid all personal drama that is brewing up in her life by focusing on the Cassandra Pierce situation? Will her search lead her to Nikolas Cassadine or someone else? No one knows just yet, but watch General Hospital weekdays on ABC. You can also check back here regularly for all the latest news and information.