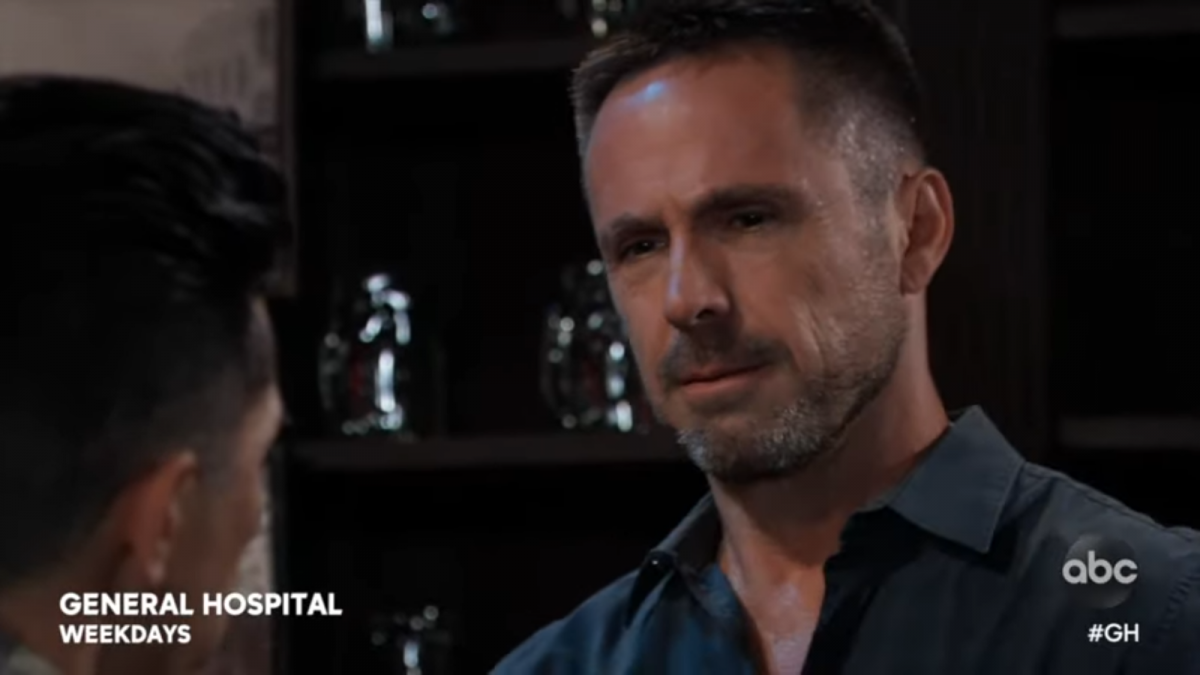 General Hospital (GH) spoilers tease that an alliance is about to come to a possibly violent end. Brad Cooper (Perry Shen) has been confiding in father-in-law Julian Jerome (William DeVry) almost since the baby swap first occurred over a year ago. Brad only told Julian part of the truth in the beginning. He neglected to tell him that is actually Michael Corinthos (Chad Duell) and Nelle Benson’s (Chloe Lanier) baby.

Julian was understandable upset that Brad had basically taken Michael’s baby from him, letting him think the baby died. Sonny Corinthos (Maurice Bernard) and Julian have been rivals for decades and have just now come to kind of peaceful arrangement, even though they will never like each other or be friends. But now that Julian realizes that he unwittingly helped Brad keep Wiley away from Sonny’s son, he knows that the bad blood between will come back.

Recently, Brad asked Julian to kill Leisl O’Brecht (Kathleen Gati) because she also knows the secret and continues to blackmail Brad. Brad attempted to push Leisl overboard the Haunted Star so she would drown, but she was rescued. Since he wasn’t successful he tried to use every manipulative tactic in the world to kill the doctor for him. Julian almost tampered with Leisl’s car but stopped when he realized that this isn’t who he is anymore. He told Brad in no uncertain terms to take care of Leisl himself.

Which brings us to a scene that will air later this week. Spoilers show Julian with hands around Brad’s neck and warning him not to push him anymore. This altercation will be witnessed by Ava Jerome (Maura West) who will no doubt want to know what it causing between Julian and his son-in-law. She will definitely ask Julian what that’s all about, but it doubtful that he will say anything. He’ll likely tell Ava to let it go, but with curiosity getting the better of her, she will uncover the at least part of the truth soon.

GH Spoilers – Is it possible?

Is it possible that Ave of all people will reveal the baby swap to Michael and his family. Ryan Chamberlain (jon Lindstrom) has been messing with Ava’s head lately, trying to convince that she not both good and evil, only evil. What if this is Ava’s chance to perform a selfless act, without anything though of what she could get from it. This could even be what Kiki Jerome’s (Hayley Erin) spirit to finally forgive her and finally rest in peace. Nothing is set in stone, and it seems hard to imagine Ava throwing Julian under the bus, but it could happen.

Actually, just about anything can happen in Port Charles. So tune in to General Hospital weekdays on ABC, and be sure to check back right here regularly for spoilers, news and information!