The Bold and the Beautiful Spoilers: Vincent Irizarry Exits, Fans Disappointed Dr. Armstrong’s Story is Over 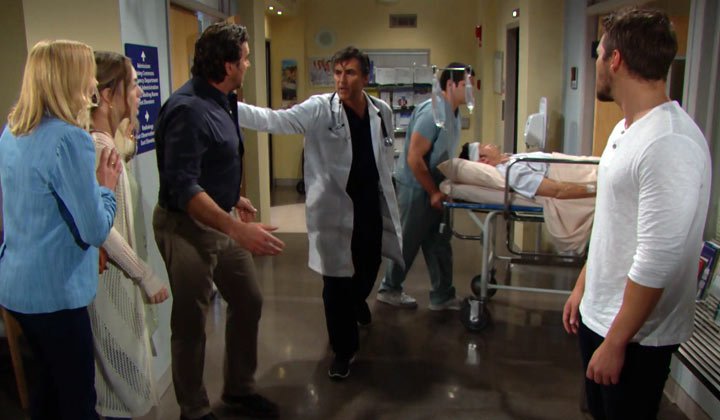 The Bold and the Beautiful spoilers reveal Dr. Jordan Armstrong (Vincent Irizarry) will be fading away from our television screens. Once Katie Logan’s (Heather Tom) health crisis is resolved, then the soap veteran won’t be seen anymore. This seemed to be confirmed on social media. B&B writer Patrick Mulcahey send out a tweet indicating the actor’s exit.

When Dr. Armstrong first appeared on B&B, he was the emergency room doctor who treated Katie. She came in by ambulance after collapsing at home. He conducted tests, which indicated Katie was in kidney failure.

Then, a specialist was brought in, Dr. Davis (Tisha Campbell). She seems to have taken over for Dr. Armstrong. Now that Katie is getting a kidney transplant, it seems Vincent Irizarry could be on his way out.

The Bold And The Beautiful Spoilers: Friday, October 11 – Transplant Surgery Is A Success – Katie Wants To Meet Her Anonymous Donor

Irizarry leaving The Bold and the Beautiful seems to be confirmed. Patrick Mulcahey, a writer for the CBS soap opera, sent out a tweet. It indicates that Vincent has served his purpose and is moving on to other projects.

“Vince, you’ve been an awesome doctor for us! I wish we could push the rest of the cast off a cliff one by one so you could take care of them all. Here’s hoping our paths cross again. And again.”

The actor has a huge following, which is no surprise since he has been on several soaps over the years. Fans were so excited to find out he was going to appear on B&B. However, everyone was hoping he had more of a storyline. People are definitely going to be disappointed that he is leaving already.

Vince, you’ve been an awesome doctor for us! I wish we could push the rest of the cast off a cliff one by one so you could take care of them all. Here’s hoping our paths cross again. And again.

Prior to his stint on The Bold and the Beautiful, Irizarry played Deimos Kiriakis on Days of Our Lives. He also had roles on All My Children, NCIS: Los Angeles, The Young and the Restless, One Life to Life, Beverly Hills 90210, Guiding Light, Santa Barbara and many more.

In addition to being a talented actor, Vincent is also a real estate agent serving the Calabasas area.

The Bold And The Beautiful Spoilers: Liam Interrogates Finn, But Is It Concern Or…

The Bold And The Beautiful Spoilers: Ridge Still Manipulated – Shauna Used By Quinn…

The Bold And The Beautiful Spoilers: Katie Isn’t Done With Bill –…