The Young and the Restless Weekly Spoilers October 14 to October 18: Nick and Chelsea’s Romantic Time – Nate and Abby Break Up – Lola Could Be Pregnant 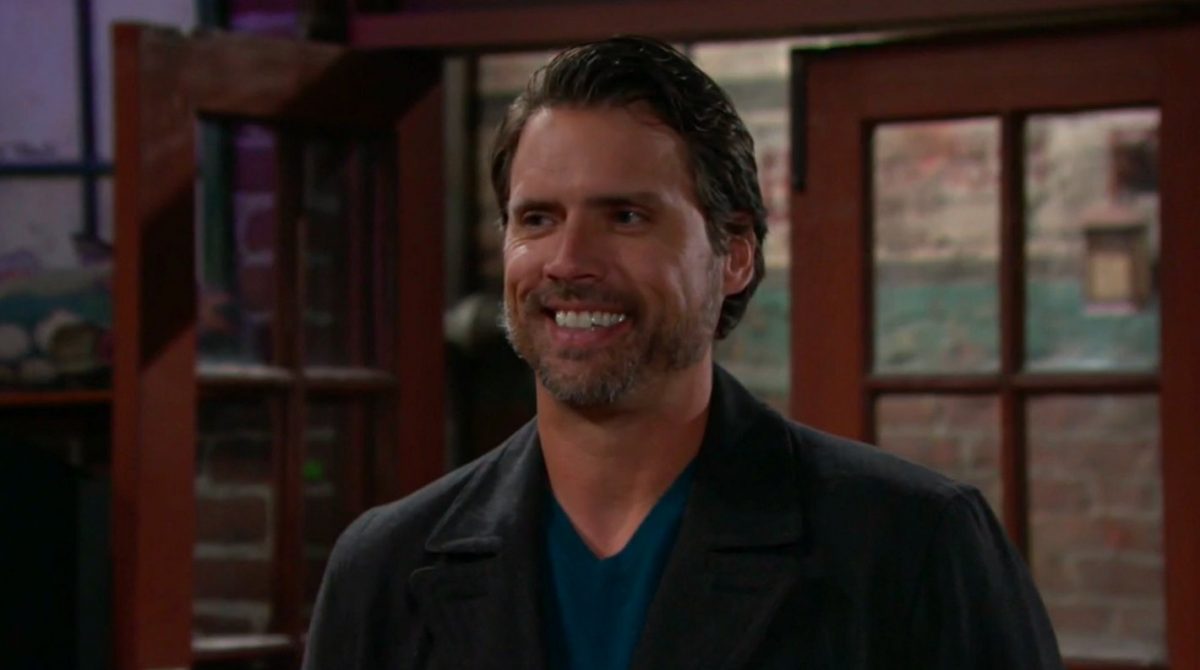 The Young and the Restless promo for the week of October 14th thru 18th indicate that Nick Newman (Joshua Morrow) and Chelsea Lawson (Melissa Claire Egan) will unwind with some romantic time, Abby Newman (Melissa Ordway) and Nate Hastings (Sean Dominic) come to a crossroads in their relationship, and Lola Rosales (Sasha Calle) and Kyle Abbott (Michael Mealor) could be preparing for parenthood.

Romance is in the air for many of Genoa City couples. It appears that Sharon Newman (Sharon Case) and Rey Rosales (Jordi Vilasuso) could be giving their relationship another shot.

Devon Hamilton (Bryton James) and Elena Dawson (Brytni Sarpy) are having a romantic night together. After dealing with the stress of his grandmother Katherine Chancellor’s (Jeanne Cooper) will along with Amanda Sinclair (Mishel Morgan), Devon and Elena need to unwind.

Meanwhile, Chelsea and Nick have recently hit a rough patch due to him lying about Victor Newman’s (Eric Braeden) death. Plus, they’ve had to deal with Connor Newman’s (Judah Mackey) behavior after Adam Newman’s (Mark Grossman) departure. But it looks like the couple is working things out. Chelsea plans a special evening for her and Nick, but he must attend to some business first. As he’s leaving, Chelsea tells him to hurry back because they have a lot of catching up to do.

While most of Genoa City’s couples are enjoying romantic time, Abby and Nate could be on the outs.

The couple had trouble brewing ever since they started dating. Abby has a bad track record with her previous relationships and was hesitant to get involved with Nate. But he eventually won her over.

However, the couple has once again hit a rough patch. This time it’s due to Nate putting his career and reputation on the line to help her family in their scheme.

In a clip from the preview, Nate is telling Abby that they’re too far apart and she wonders if this is his way of ending their relationship.

We’ll have to wait and see if the couple is over for good or if they work things out.

The Young and the Restless Spoilers: Adam’s Descent Into Darkness – No Hope Left For Victor? https://t.co/hWDaUB9ofw pic.twitter.com/hBbtWIFMqw

It’s only been a few months since Kyle and Lola got married, but could the couple be taking the next big step in prepping for the future.

In the promo, Lola looks ill and Abby is naming off Lola’s symptoms, which include nausea and dizziness. Lola is stunned when Abby brings up the possibility that she could be pregnant. Later Kyle is seen asking a surprised Jack Abbott (Peter Bergman) how he feels about becoming a grandfather.

Lola told Kyle that she wanted children one day, but could that happen sooner than expected. The couple is busy in their careers and will they be able to handle a baby if Lola is really pregnant.