General Hospital Spoilers: Robert Overhears An Unsettling Conversation –Is It About Peter? 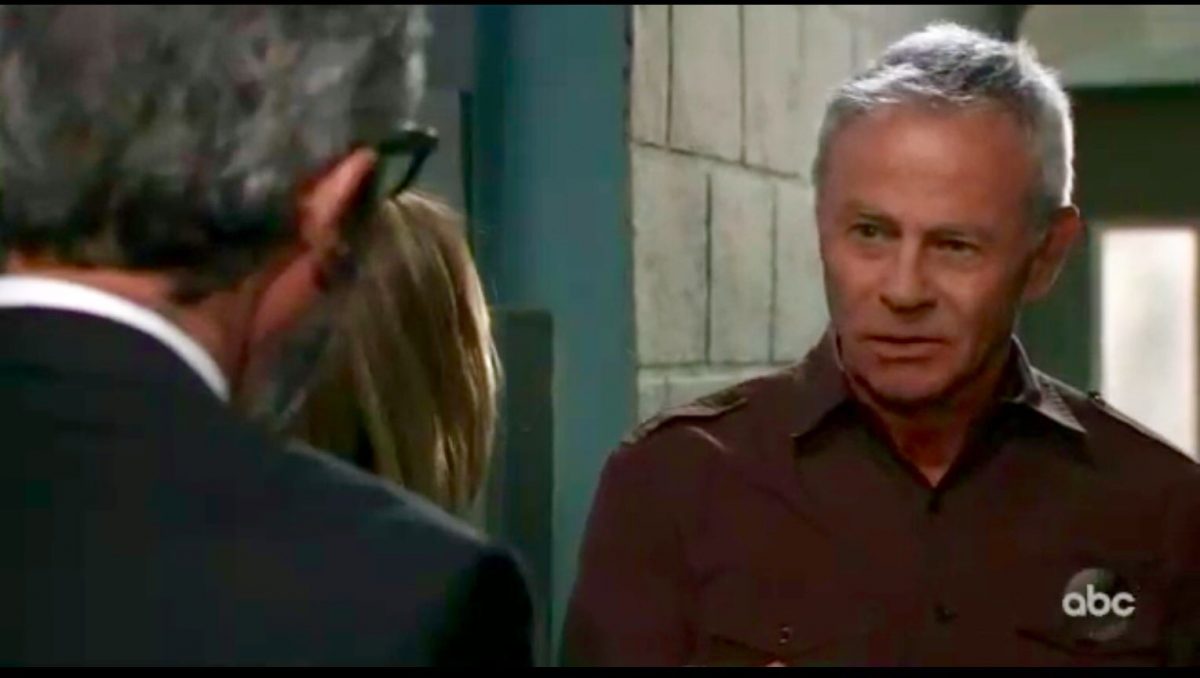 General Hospital spoilers tease that Robert Scorpio (Tristan Rogers) will hear an unsettling conversation in an upcoming episode of the ABC soap opera.

Longtime General Hospital viewers know that it’s not Robert Scorpio’s first rodeo, with the relatively new District Attorney having been a WSB spy for many years. Robert has pretty much seen it all and heard it all, and if he’s unsettled by something he hears, it must be personal for him, possibly having to do with his ex-wife Anna Devane (Finola Hughes), his daughter Robin Scorpio-Drake, (Kimberly McCullough), or grandchildren, or possibly his brother Mac Scorpio (John J. York) or his wife Felicia Scorpio (Kristina Wagner). It’s possible that he could overhear a conversation of or about Peter August (Wes Ramsey) that could shake him up as well.

Robert never has trusted Peter, and refuses to believe he is not evil incarnate and won’t even call him Peter – he still refers to him as Heinrik Faison and it’s like Robert is in denial that half of Peter might be from his own ex-wife, Anna! Of course, there is still a possibility that when Anna returns from her long trip abroad chasing down her twin Alexandra Marick, to figure out whose memories are whose, that he could turn out to be Alex’s and Cesar Faison’s (Anders Hove) instead of Anna’s! While it wouldn’t seem, considering Robert’s distrust of Peter, that he would put anything past him, as a “spawn of Faison”, he could overhear something that would shock even Robert?

As District Attorney, Robert will have to consider any and all evidence brought to him directly or through the Port Charles Police Department relating to any possible crime. Robert, too, has been suspicious that Peter was involved in breaking out Shiloh Archer (Coby Ryan McLaughlin) and possibly was working with him because he confronted him in General Hospital episodes a few weeks ago about visiting Shiloh and calling him before he escaped the prison bus.

Robert will be aware of the questioning of Bryce Henderson (Brian Gross) as well and will know that Sam McCall (Kelly Monaco) has been re-arrested based on Bryce’s testimony. This won’t make sense to him either, although he can’t just toss out the testimony as hearsay just yet. Sam could have wanted Shiloh dead badly enough to pay Bryce to help him escape, but Sam couldn’t have planned his hiding out on The Haunted Star unless Bryce says also that he had directions to point Shiloh there to hideout!

Perhaps the conversation that Robert hears is one between Jason Morgan (Steve Burton) and Sam, and their suspicions that Peter was the mastermind behind not only Shiloh’s escape, but Andre’s attack and Drew’s disappearance. That could shake him up a bit if he now has to potentially break this news to Anna because even if Peter does turn out to be her nephew, she still relates to him as if he is her son and loves him as her son!