The Bold And The Beautiful Spoilers: Ridge Reacts to Bikini Bar Bombshell – Brooke And Shauna Have Another Showdown 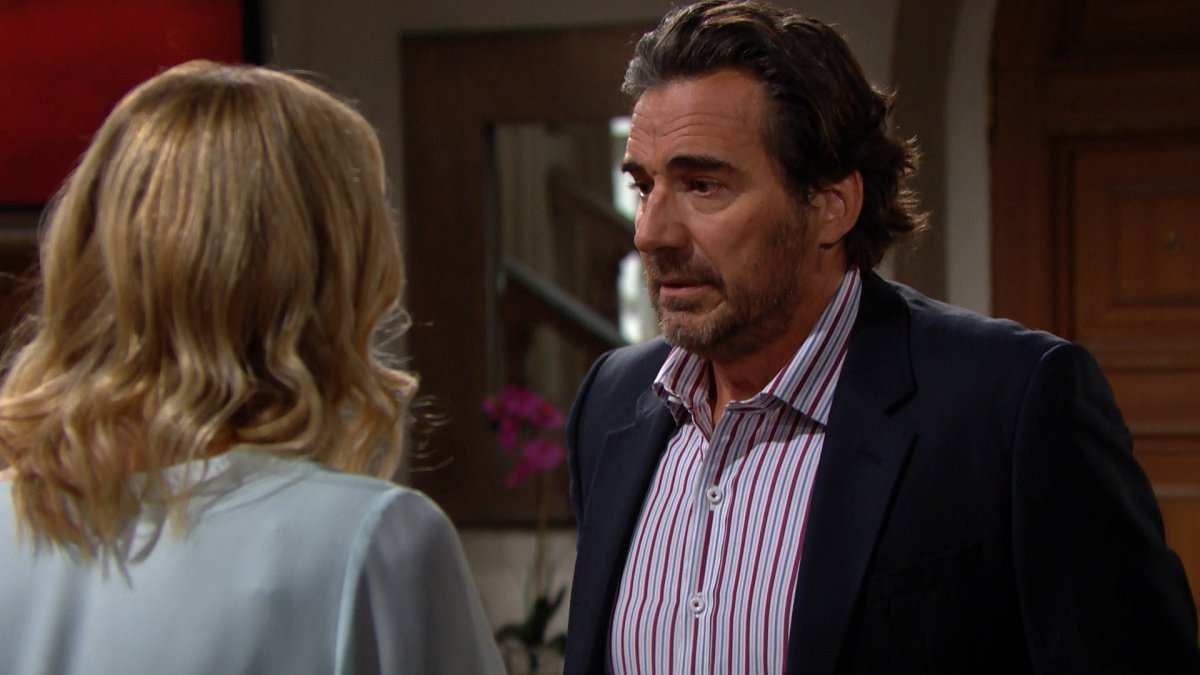 The Bold and the Beautiful spoilers reveal Ridge Forrester (Thorsten Kaye) gets a Bikini Bar bombshell. Shauna Fulton (Denise Richards) will admit to kissing him while he was passed out drunk. He will react with shock and it could change his relationship with Brooke Logan Forrester (Katherine Kelly Lang). However, that’s not all. Expect another intense showdown between Brooke and Shauna.

The night Ridge passed out at Bikini Bar created some additional conflict for “Bridge.” The couple were already at odds over Thomas Forrester (Matthew Atkinson). Learning Shauna was there piled on even more stress. However, Ridge and Brooke don’t know everything.

He told his wife that nothing happened and she believed him. However, Shauna is going to let Ridge in on a little secret. The night they were together, there was a kiss.

The Bold and The Beautiful Spoilers: Flo Will Have To Give Up More Than A Kidney To Be Forgiven

Once Ridge learns that Shauna kissed him that night, he will be stunned. However, there is something else going on in his head. If Thomas is aware of the kiss, then who else knows? Will Brooke find out and if so, how will she react? How will he explain this after he already told his wife nothing happened?

The Bold and the Beautiful spoilers reveal Brooke and Shauna will have another confrontation. It seems that there is one person who can’t let go of Flo Fulton’s (Katrina Bowden) mistakes. That individual is Brooke and she accused Shauna of using Katie Logan’s (Heather Tom) health crisis to their advantage. Of course, it doesn’t help that she is still angry about Ridge and Shauna’s night together, either.

B&B Spoilers – Which Woman Will Win the War?

It’s hard to say just yet which woman will end up winning. Many fans believe that Ridge and Brooke will eventually get through this. However, will Shauna end up with brownie points for Flo’s kidney donation? Plus, Ridge witnesses Brooke lashing out at the woman. He ends up having a firm discussion with his wife about her actions. It seems that he won’t be happy about all the drama she is creating and that could lead to a delay in their reconciliation, if they get back together at all.