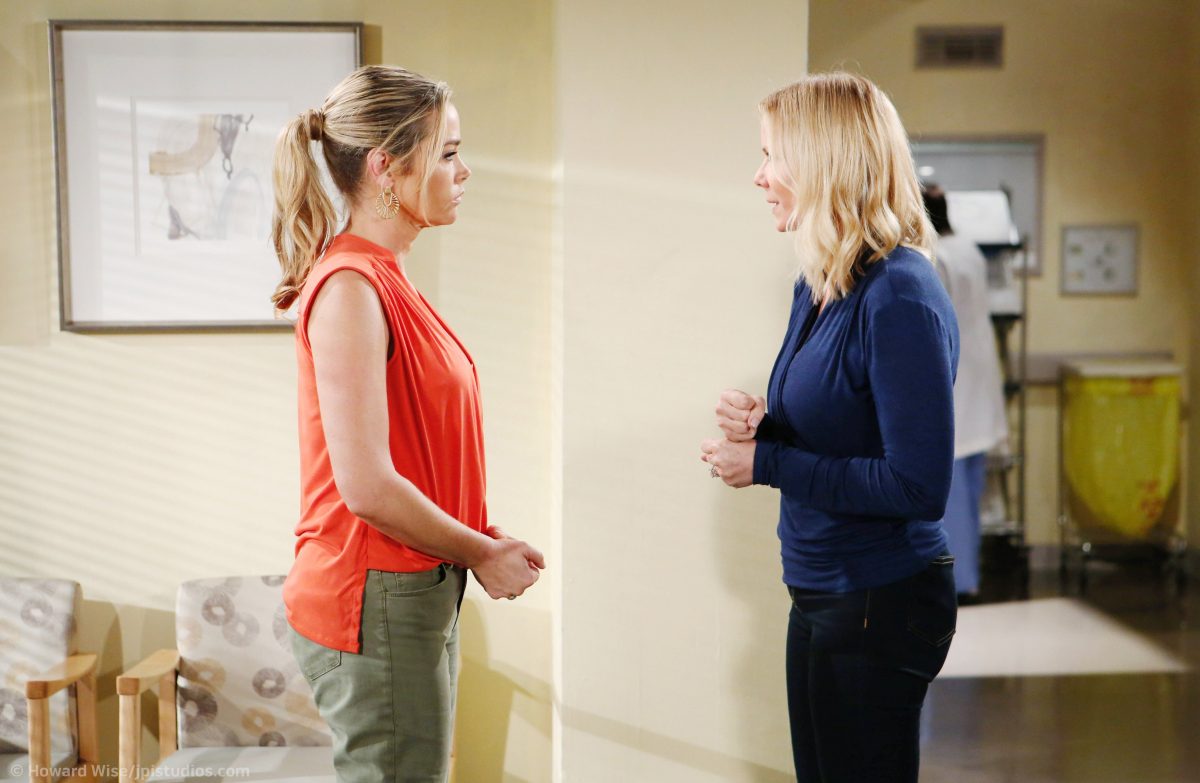 The Bold and the Beautiful spoilers for Tuesday, October 15, tease that Thomas Forrester (Matthew Atkinson) will be back to his manipulating ways. As B&B viewers know, he’s got a plan in place to drive Brooke Forrester (Katherine Kelly Lang) out of Ridge Forrester’s (Thorsten Kaye) life. Thomas doesn’t want “a Logan” running his or his dad’s life any longer, and he’s willing to do just about anything to make that happen.

Well, on Tuesday’s episode of B&B, Thomas will stumble upon an argument between Ridge and Brooke. They’ll likely be arguing about many things, since they don’t see eye-to-eye on much anymore, but one of the things that will come up is Thomas and his place at Forrester Creations. It looks like Brooke will think that Thomas doesn’t have any place left at the family company, whereas Ridge will think that Thomas should return and start designing again.

The Bold And The Beautiful Spoilers: Ridge Reacts to Bikini Bar Bombshell – Brooke And Shauna Have Another Showdown

Of course, B&B viewers know that Brooke is very much anti-Thomas in pretty much every way right now. She doesn’t want him near Douglas Forrester (Henry Joseph Samiri), or in the mansion, or apparently even back in the building at Forrester Creations. And it looks like that will rub Ridge the wrong way and he’ll protest to Brooke’s assertion that Thomas should stay away.

Well, according to B&B spoilers, Thomas will come upon the argument and he’ll get involved in the mix. It seems that he’ll get manipulative and feign regret for his past actions to Brooke. He won’t be sincere; rather, it looks like this will just be a ploy to make it look to Ridge like he’s repentant for his past actions. Thomas wants nothing more than to return to Forrester, and he’ll know that he needs to act remorseful in front of his father to make that happen. We’ll see whether it works.

Meanwhile, on Tuesday’s episode of B&B, Flo Fulton (Katrina Bowden) will get a very special visitor. As B&B viewers will remember, she was Katie Logan’s (Heather Tom) kidney donor, and it looks like the news of that fact will spread on Tuesday’s episode. Wyatt Spencer (Darin Brooks) will find out about it, and he’ll decide that he wants to pay Flo a visit and address what she did directly.

The Bold And The Beautiful Spoilers: Thomas Fights to Keep Job at Forrester Creations, Battle Against Brooke Intensifies To A Dangerous Level https://t.co/BSMApxrjYh pic.twitter.com/Bm89Cm71YC

Flo will be recuperating at her apartment when Wyatt drops by for an impromptu visit. He’ll want to express his gratitude toward her for her great sacrifice. Wyatt knows that Katie would have surely died had Flo not stepped forward to become a donor, and he’ll want Flo to know how grateful the family is, even if they aren’t exactly expressing it. As B&B viewers know, everyone was taken aback to find out that Katie’s donor was Flo.

And even though Katie and Donna Logan (Jennifer Gareis) gave Flo a heartfelt thanks, the fact remains that Brooke and Hope Logan (Annika Noelle) were downright hostile toward Flo despite the fact that she gave Katie a kidney. Wyatt will know that Flo probably got some backlash considering what she did with respect to Beth Spencer (River Davidson and Madeline Valdez), and he’ll just want to be there for her.

It will be interesting to see what Sally Spectra (Courtney Hope) ends up thinking about Wyatt’s visit and whether Wyatt even tells her about it. Of course, Sally suspects that Flo still wants Wyatt and that she’s searching for a way to get back in his good graces, so she may worry that Flo has now found her way.