The Young And The Restless Spoilers: Devon’s Life Is About To Change — Chance Is Not Really Behind The Chancellor Will Challenge? 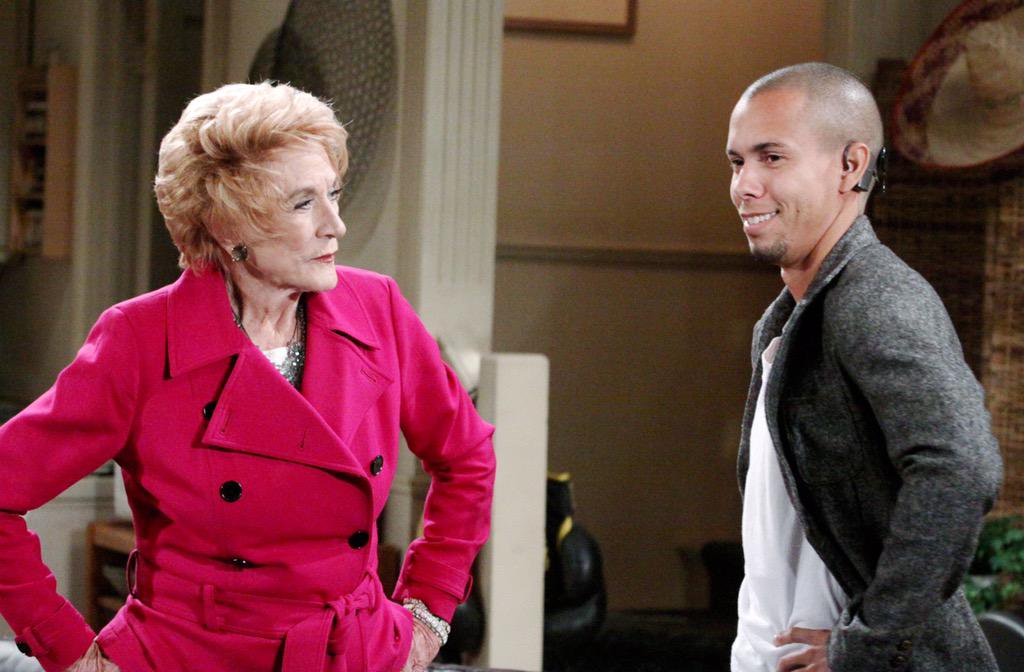 The Young and the Restless (Y&R) spoilers document that Jill Abbott Atkinson’s (Jess Walton) tell to Devon Hamilton (Bryton James) makes sense. If what Chance Chancellor (as last played by John Driscoll) alleges is true, then Katherine Chancellor’s (Jeanne Cooper) intentions were never truly known and must be corrected if the supposed real will pages can be confirmed as legit.

Devon naturally doesn’t want to believe that what Amanda Sinclair (Mishael Morgan) is saying is real. But the possibility that Tucker McCall (Stephen Nichols) created fake will pages, that projected his biological son as the recipient of half of Katherine’s fortune, can’t be fully discounted until this storyline plays out.

Phyllis Summers (Michelle Stafford) was the first person who informed the audience about Adam’s connection to Chance. But since that past dialogue exchange, which took place in Adam’s penthouse a number of weeks ago, nothing further has been learned.

Is Chance involved in this ruse, or is Adam pushing it? Devoted fans of the show know that Driscoll hasn’t embodied Chance since the early part of this decade. So they’ve been awaiting news of a recast, or Driscoll’s return.

However, the longer this storyline stretches without Chance’s appearance fans, Devon, and others are right to wonder if he’s actually involved in Katherine’s will challenge. And if so, is Chance pulling the strings, or are his being pulled?

Young And The Restless Spoilers – Chance Chancellor Coerced To Act

The audience was told that Chance appears to have gone off course in recent years. The former straight arrow may be in debt to bookies or controlled by underworld figures.

Assuming that as possible, someone like Adam would clearly take advantage of Chance’s bad circumstances if it worked to his advantage. In that instance, or maybe as true from the beginning, Adam could be Chance’s puppeteer.

Devon, along with various other characters and the fans, sensed that something wasn’t right. Amanda’s identical resemblance to Hilary Hamilton (the initial character Morgan played on Y&R), along with the legal line she’s been paid to pitch had to be steeped in some sort of nefarious intent.

Cane Ashby’s (Daniel Goddard) lure to an isolated area and his being hit on the head and dragged off seems to confirm suspicions that the will challenge isn’t on the up and up, even if it proves true. Now, Devon’s turnabout seems more likely to happen as a result.