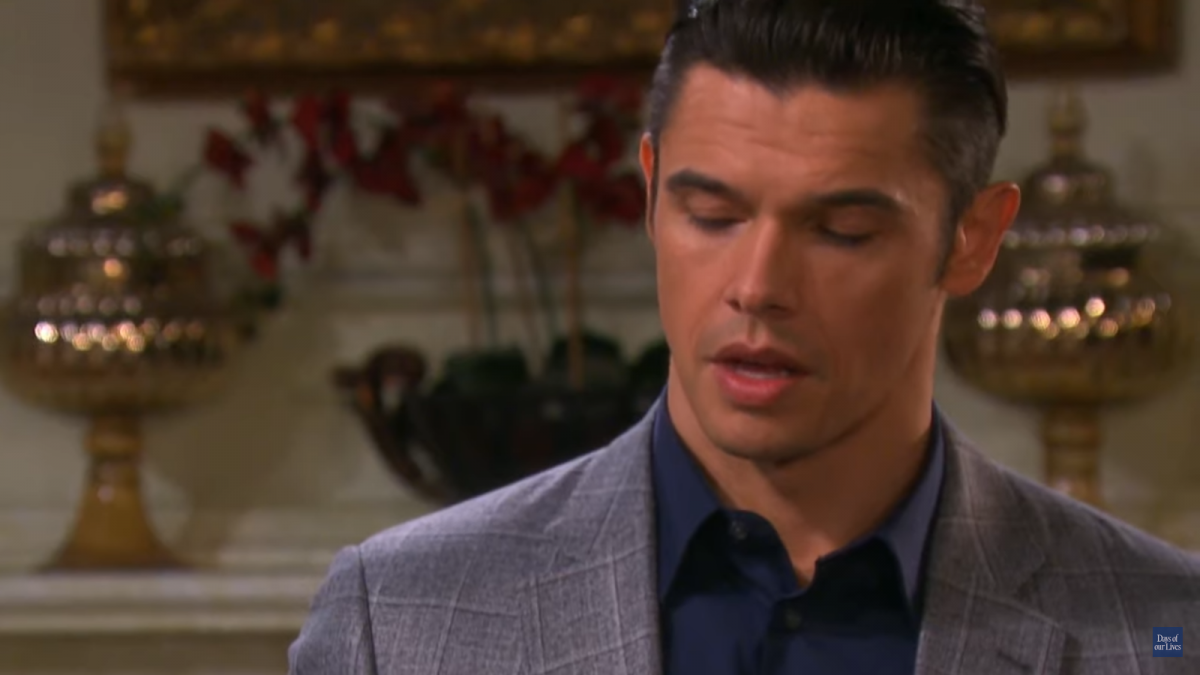 Days of Our Lives spoilers tease that Xander Kiriakis (Paul Telfer) will try to keep Nicole Walker (Arianne Zucker) quiet about what she knows regarding Sarah Horton’s (Linsey Godfrey) pregnancy this week on Days of Our Lives!

Xander, in his desperation to keep Sarah from moving out of Salem, had asked the assistance of Dr. Wilhelm Rolf (William Utay) to do something to keep Sarah in town. He told Xander there wasn’t anything he could really do, but suggested if they let Eric Brady (Greg Vaughan) in the loop, the problem would take care of itself. The problem is, that was exactly why Sarah wants to leave town – to keep Eric from finding out, because she doesn’t want him to step up and marry her and abandon Nicole, when Nicole is his soulmate and the one Sarah can never really compete with in his heart.

Xander decided to send Rolf with a copy of Sarah’s pregnancy test results to deliver to Eric, because he thought – for just a minute – that maybe that would not be tracked back to him! But after Rolf left, he thought better of it and Rolf contacted him to let him know he left the envelope with Nicole!

Xander rushes over to Eric and Nicole’s apartment to try and retrieve the envelope, but it’s too late! Nicole opened it and now she knows Sarah’s secret! He tries to convince her that it is in everyone’s best interests for her not to tell Eric that Sarah is pregnant; Eric will quickly figure out from the timing that he must be the father! Xander is nearly a basket case over this, and Nicole can probably tell that Xander’s got it bad for Sarah, and that was why he signed those divorce papers so readily!

Xander will put a lot of pressure on Nicole to keep the secret, because the last thing he wants or needs is for Sarah to suspect that he was the one to give anyone this information, given that he had promised to keep it secret; even if Rolf did deliver the envelope, he would have no reason of his own to do so, and Sarah would figure out pretty easily that the intel came from Xander! Xander won’t threaten Nicole but she knows that he can be a loose cannon and that makes her nervous!

Nicole has kept secrets she should not have before, and her decisions to do so have come back to haunt her, and more often than not, blew up in her face! Finally she is at a place in her life where she wants to be, and she doesn’t want keeping this very important secret from Eric to cause problems down the road between them. But she finally decides to keep the secret – at least for the time being. After all, from what Xander has been saying, Sarah doesn’t want Eric to know – and so she is respecting Sarah’s wishes.