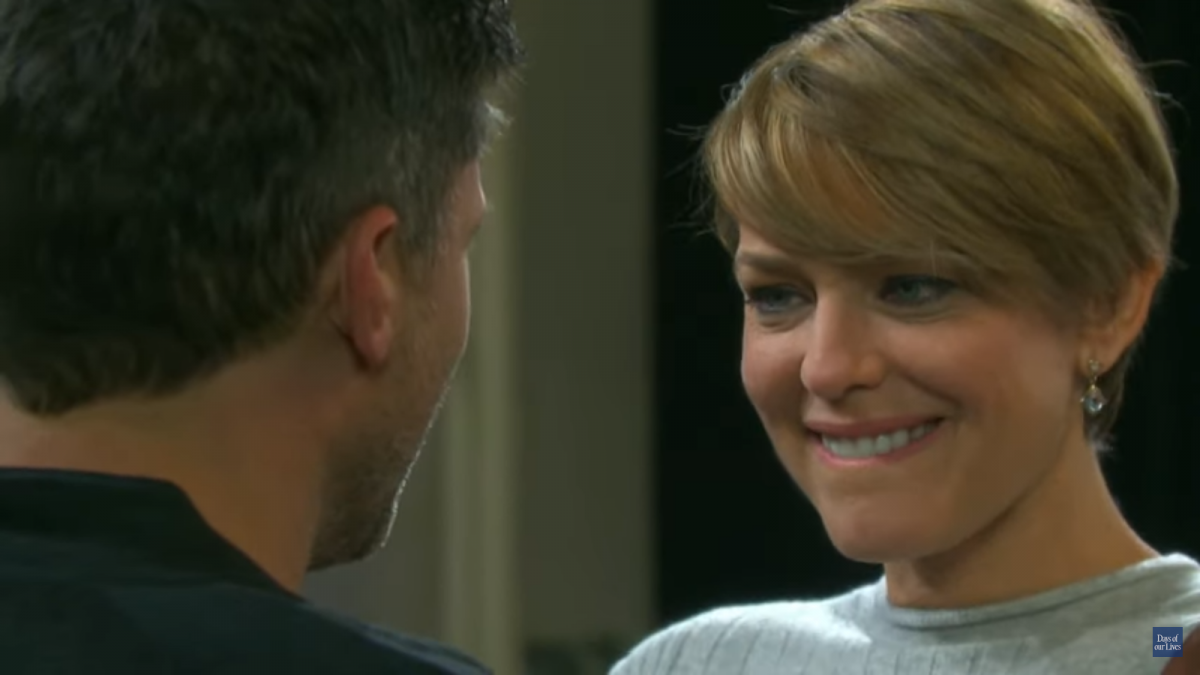 Days of Our Lives spoilers confirm Nicole Walker (Arianne Zucker) keeps a big secret from the man she loves. Sarah Horton (Linsey Godfrey) is pregnant and the father could be Eric Brady (Greg Vaughan). All secrets come out eventually, and this baby bombshell is no exception. Could “Ericole” end due to Nicole’s decision to keep quiet?

For weeks, Sarah has been keeping a secret. The good doctor is expecting a child and she assumes the father is Eric. However, he just found Nicole alive and the two have rekindled their passionate romance. Even though Sarah intended to tell Eric the news on a few occasions, she never could get the words out.

This left her in a desperate situation. Believing that a baby could end “Ericole,” she is brainstorming ways to avoid the conversation altogether. This includes a failed abortion attempt. Now, she plans on quitting her job and running away.

Days of Our Lives spoilers tease that Nicole finds out about Sarah’s secret from an unlikely source. It is due to Dr. Rolf (William Utay) dropping off an envelope, which contains Sarah’s pregnancy test results. Then, she is pressured by Xander Cook (Paul Telfer) to keep her mouth shut. Afraid of what he could do if crossed, she decides to keep the news from Eric.

However, this puts Nicole in a tough spot. “Ericole” have gone through so much and somehow found their way back to each other. There are no lies and they no longer keep things from one another. Plus, Eric knows Nicole so well that he can read her like a book. She will struggle to keep Sarah’s baby from Eric. However, he will have a gut feeling that his one true love is hiding something.

Nicole won’t be able to keep this secret for long. Plus, there is no news of Linsey Godfrey leaving DOOL, so that suggests Xander is able to keep her from leaving. This means that soon, people will start to notice her growing belly. Eric isn’t clueless — he will be able to do the math even if Sarah claims he’s not the father.

When Eric does find out about Sarah’s baby and that he helped create that new life, he will try to do the right thing. At the same time, Nicole will have to explain why she kept such an important detail from him. No matter what she says, it won’t excuse the secrets and lies.

There is a rumor that Eric eventually leaves Nicole to be with Sarah. This could happen in a couple of different ways. Perhaps his anger over Nicole’s secret will push him toward the mother of his child. Another possibility is that Nicole walks away so he can focus 100 percent on Sarah and their child.

Then, there is the most natural storyline — that the baby will create a bond that Eric and Sarah won’t be able to ignore. While they get to have their happy little family, that leaves Nicole abandoned and alone.

Be sure to tune in to catch up on everything happening on DOOL right now. Come back here often for The Days of Our Lives spoilers, updates, news, and rumors!