Days of Our Lives Spoilers: Eve Refuses To Sign Jack’s Divorce Papers – Is He Trapped With Her? 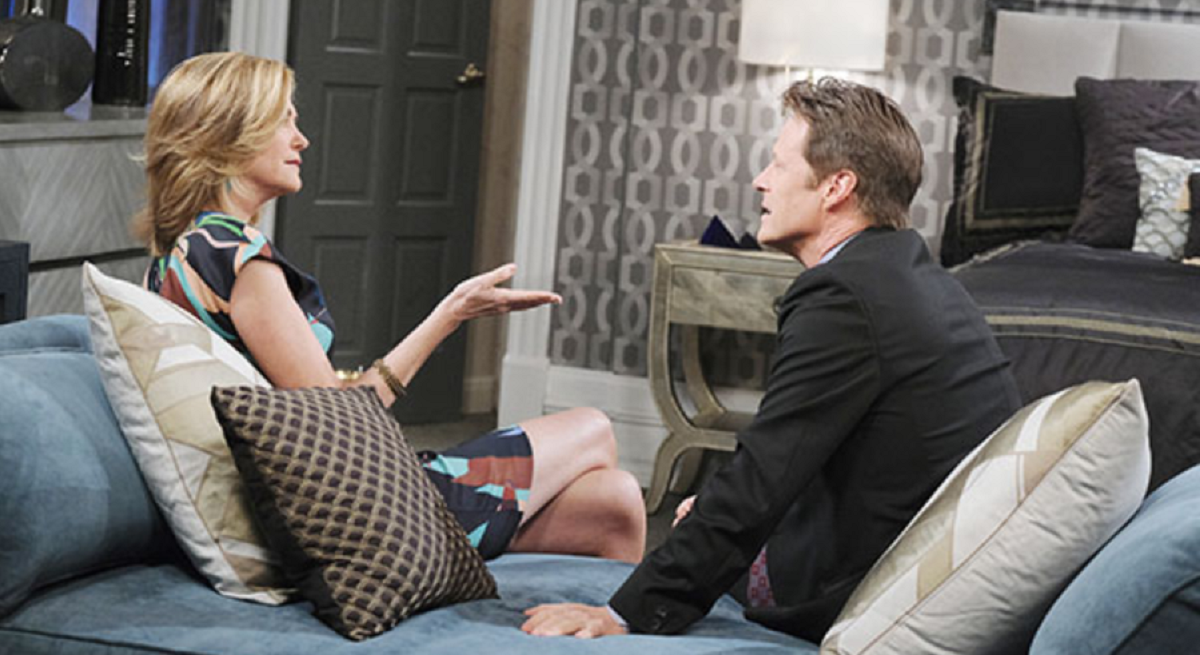 Days of Our Lives (DOOL) spoilers tease that Eve Donovan (Kassie DePaiva) will be feeling vindictive. As DOOL viewers know, she was about to give up and leave Salem. In fact, she had her bags packed and was prepared to walk away from her life and everyone she knows.

She’s had a rough time lately, since Jack Deveraux (Matthew Ashford) left her, fired her from her police commissioner gig, and basically left her with nothing.

Of course, Jack tried to apologize to Eve, but she didn’t exactly accept the apology with grace. Eve still feels a considerable amount of bitterness toward Jack, and now that he has his memories back and has gone back to Jennifer Horton (Melissa Reeves), she’s angry. She’d do just about anything to get back at Jack, and she absolutely hates Jennifer.

Well, according to DOOL spoilers, Jack will soon move forward with his life. Now that he’s got his memories back, he wants to fully reclaim his life with Jennifer and his son JJ Deveraux (Casey Moss). They’ve all had a great reunion and are thrilled to be back together as a family, but Jack is going to want to make it official.

Days of Our Lives spoilers say that Jack will soon propose to Jennifer. He won’t want to miss another moment with the love of his life, but there will be a wrinkle – he’ll still be married to Eve. That will mean that he’ll need to secure a divorce before he realizes his dream of re-marrying Jennifer.

But according to DOOL spoilers, Eve will decide that she’s got one last way that she can make Jack and Jennifer’s life miserable. She’ll refuse to sign the divorce papers and make the process easy. Instead, it looks like she’ll decide to fight the divorce and tie things up in court for the foreseeable future. That should sufficiently frustrate both Jack and Jennifer.

Days Of Our Lives Spoilers – Would There Be Media Focus On The Divorce?

But it might actually do more damage than just frustrating Jack and Jennifer. As DOOL viewers know, Jack is still the mayor of Salem, and there could be a considerable amount of media focus on the divorce which could make things rough on Jack and his re-election efforts when the time comes. At any rate, it won’t be a good situation for him on any level.

We’ll see just how long Eve ends up dragging out the divorce and preventing Jack and Jennifer from remarrying. Since it will be Eve’s last-ditch effort to cause problems for Jack, she’ll probably do everything she can do delay Jack and Jennifer’s official reunion.

As always, more detailed spoilers for the week in question will appear here on Hollywood Hiccups, where there will be more clues and hints over exactly what’s going on.