Days of Our Lives Spoilers: Nicole Keeps Sarah’s Pregnancy From Eric, Find Out Why 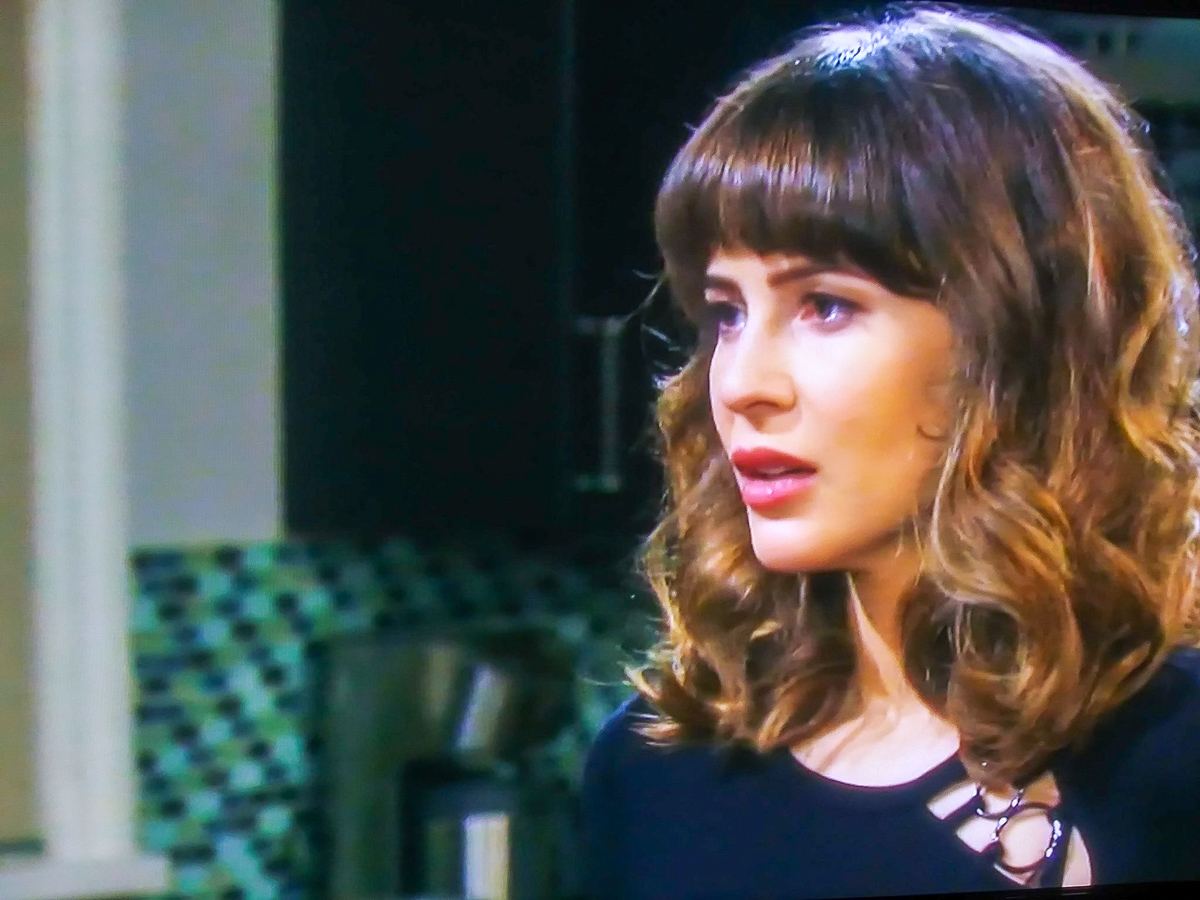 Days of Our Lives spoilers confirm Nicole Walker (Arianne Zucker) finds out about Sarah Horton’s (Linsey Godfrey) baby. Surprisingly, she agrees to keep the pregnancy a secret from Eric Brady (Greg Vaughan). Find out why she is going to keep quiet and what the possible consequences could be.

Eric and Nicole are living their happily ever after and the couple is enjoying their fairy tale romance. However, soaps often will throw something into the mix to create chaos. “Ericole” is no exemption and the monkey wrench is Sarah’s pregnancy.

Nicole will find out about Sarah’s pregnancy due to a bizarre series of events that involves Dr. Rolf (William Utay). If this weren’t enough to deal with, she will then be asked to keep a huge secret.

Days of Our Lives spoilers reveal that Sarah will take drastic steps to prevent Eric from finding out about her pregnancy. She is even planning on running away, which is something Xander Cook (Paul Telfer) is trying to prevent.

Once Xander discovers that Nicole knows about the baby, he decides to take action. He rushes over to see if he can stop Nicole from blabbing the baby bombshell to Eric. He has to convince Nicole that keeping Sarah’s secret from Eric is the best decision for everyone.

According to what Arianne Zucker told Soap Opera Digest, there are a few reasons Nicole agrees to keep quiet. The first is the subtle fear that Eric could run off to be with Sarah. Of course, Nicole knows that this probably won’t happen. Even so, it still is a tiny fear that sits in the back of her mind. However, this isn’t what propels her to keep silent.

DOOL spoilers reveal Nicole is pressured by Xander. Considering their wild and volatile history, Nicole has concerns about Xander. If she tells Eric about the baby, Xander could do something crazy. He is known for being a hothead. Xander is also unpredictable and makes spontaneous decisions, especially when he is desperate or in a panic. This causes a lot of concern for Nicole.

“This isn’t the old Nicole doing the wrong thing for the right reasons. This is Nicole going, ‘I have to protect the people I love.’”

Nicole doesn’t like the idea of keeping the baby bombshell from Eric. They are enjoying a healthy and happy romance. They aren’t keeping any secrets from one another. Everything is out in the open and there are no underlying issues or chaotic complications. That is, until Xander talks to Nicole about Sarah’s baby.

In the next few weeks, Nicole will struggle keeping the secret from Eric. He will suspect that the woman he loves is hiding something. However, he is in for a shock when it is finally revealed that Sarah is pregnant and he could be the father. When he finds out that Nicole knew and kept this from him, it could destroy their rekindled relationship.