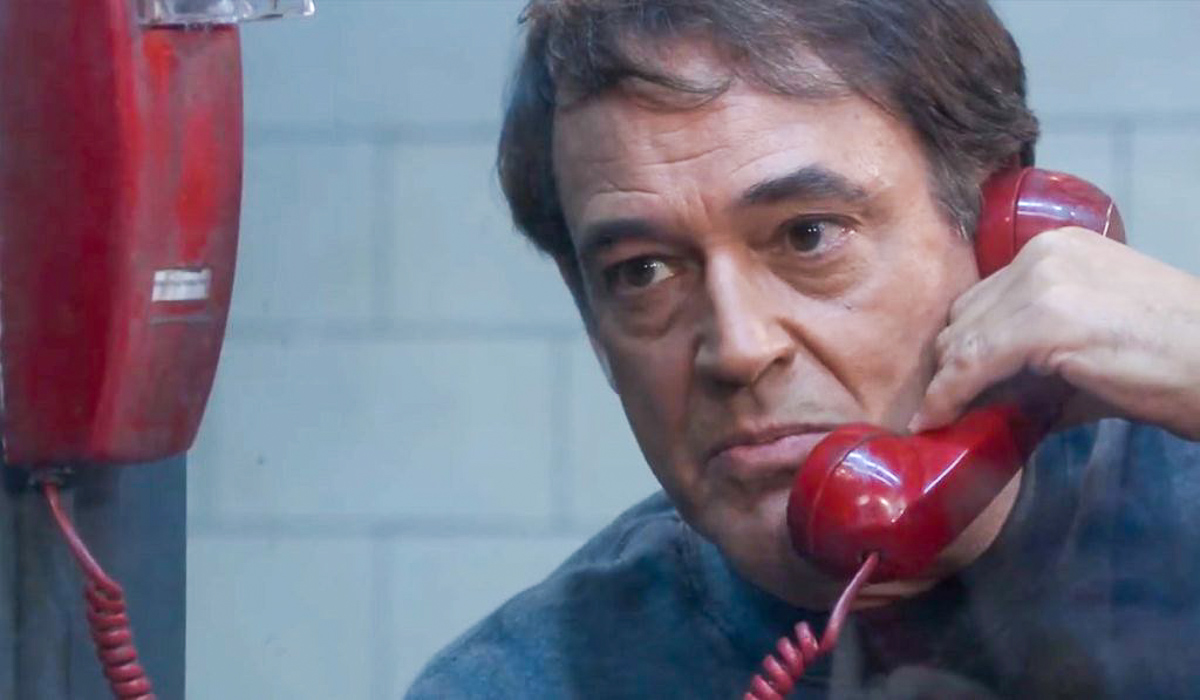 General Hospital (GH) spoilers tease that although Ryan Chamberlain (Jon Lindstrom) has been mostly a model prisoner since his arrival at Pentonville, that may all change this week. Will Ryan cause his usual brand of chaos, and if so, who will be the recipient of his violent tendencies? And is this part of a larger plan?

Aside from a couple of recent visits from Ava Jerome (Maura West), during which she implored the serial killer to stop sending her letters, Ryan has only engaged with other Pentonville inmates, such as Nelle Benson (Chloe Lanier) and Harmony (Inga Cadranel). But it seems that something is about to set him off, or is this part of some plan that Ryan and Nelle have cooked up?

It’s highly unlikely Ryan will target Nelle, as they seem to be “kindred spirits”. So that leaves only one other possibility if the victim is incarcerated at Pentonville. Is it possible Harmony is going to die by Ryan’s hands just to cause chaos? Chase would then be left to tell his girlfriend Willow Tait (Katelyn MacMullen) that Ryan murdered her mother! Willow and Harmony have just started to reconnect, so this would be devastating for Ms. Tait.

Spoilers state that Harrison Chase (Josh Swickard) is going to be at Pentonville to clean up Ryan’s mess. Does this mean that Ryan has killed again, leaving the cops to clean up the situation and help restore order in the prison? It seems that whatever happens, it will occur around the time of Nelle’s probation hearing, so could someone testifying somehow be left in Ryan’s sights?

GH spoilers mention Brad Cooper (Parry Shen) specifically arriving at the prison to testify. Could Nelle have asked Ryan to kill Brad? She might want Brad out of the way when she gets out, so it’s easier for her to claim Wiley Jones as her own if she gets probation. Brad is cracking under the pressure of the baby swap, so this might be Nelle’s way of making sure Brad doesn’t open his mouth.

No matter who the potential victim is, look for Ryan and Nelle to cause the most chaos they can in order to further their plans. The prison would most certainly be on lockdown, leaving everyone there in a panic. It’s also possible Michael Corinthos (Chad Duell) and even Carly Corinthos (Laura Wright) may also be present for Nelle’s hearing so there could be some scary moments for mother and son as well!

Will Ryan strike again? Will Harmony or Brad fall victim to the serial killer? How does this fit into Nelle’s plans? Some exciting scenes are about to happen in Port Charles, so watch General Hospital weekdays on ABC and check back right here for all your General Hospital news, information, and spoilers!