The Bold And The Beautiful Spoilers: Flo Seen In A New Light – Are The Logans Open To Forgiving Her? 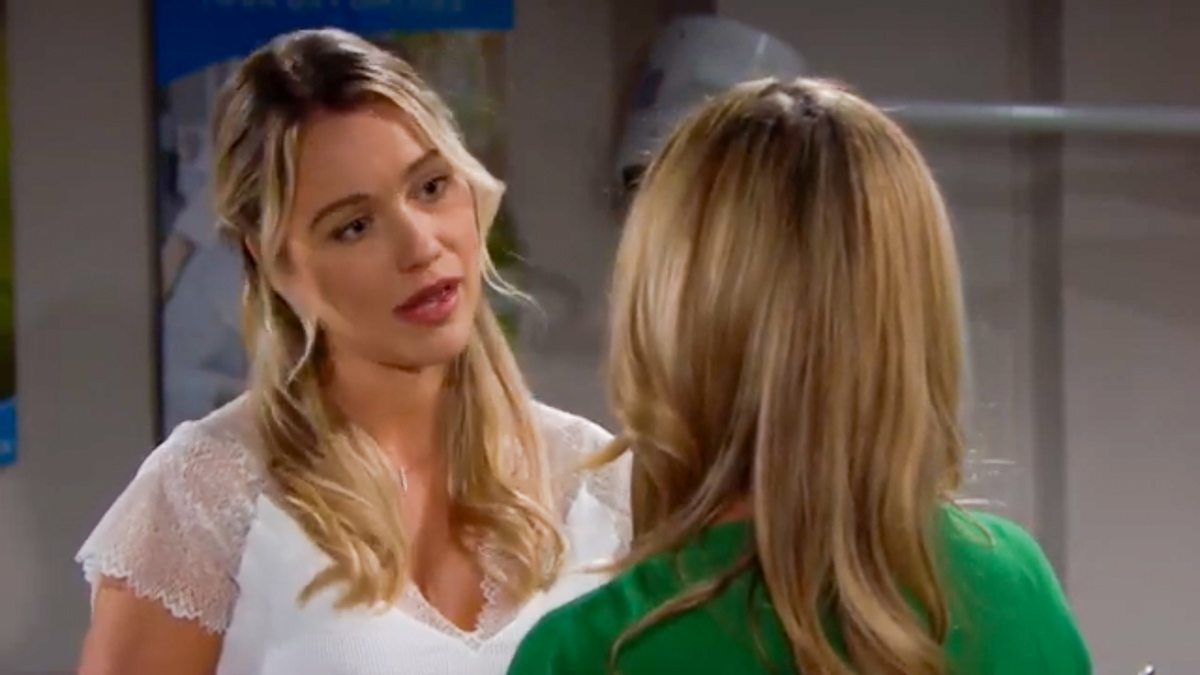 The Bold and the Beautiful (B&B) spoilers tease that Flo Fulton’s (Katrina Bowden) monumental decision has already changed her life and most importantly, her aunt’s. All the drama surrounding Phoebe Forrester (Madeline Valdez and River Davidson) actually being Beth Spencer isn’t old news. But Flo’s heartfelt generosity should serve to change perspectives.

The Logan family was understandably upset in learning about Flo’s extended dishonesty. The length of time she kept Reese Buckingham’s (Wayne Brady) act a secret remains a key issue because it underscores destroyed trust. How the Logan’s proceed, in realizing that Flo is Katie Spencer’s (Heather Tom) kidney donor will reflect individual personalities, rather than a united front.

Bold And The Beautiful Spoilers – Batie Affected By Reveal

Katie was talking openly about death prior to the transplant stunner. She felt there were no family matches, which was a bit soapy because everyone knew her brother, Storm Logan (William deVry) volunteered his heart in B&B’s past, as viewers were reminded of through retrospective scenes. With that, Flo was obviously someone who was part of the genetic pool and should be tested.

Bill Spencer (Don Diamont) will express his gratitude, along with Will Spencer (Finnegan George), to Flo. She’s the reason why Katie remains alive and on the road to likely full recovery.

Tom’s character must balance the stern, one-way talk she had with Flo a few weeks ago, with what’s just happened. Katie is a fair person and is grateful. She’ll also serve as a catalyst to eventual family reunification.

Brooke Logan Forrester (Katherine Kelly Lang) opened her heart to Flo and to her mother, Shauna Fulton (Denise Richards). That’s why Brooke felt and actually was betrayed when the Beth-Phoebe matter was exposed.

Lang’s iconic character is a fierce defender of the family. She was fully justified in standing by her granddaughter and daughter, Hope Forrester (Annika Noelle), due to all they went through. But it was is the keyword in the last sentence.

It will be hard for Brooke and Hope to be forced to balance what Flo did then against what she’s done now, as both acts matter. However, the kidney donation isn’t about them, it’s about Katie.

Bold And The Beautiful Spoilers – Shauna Fulton Source Of Trouble

Shauna has already come between Brooke and her husband. Brooke has warned Shauna off, but she’s not budging as Bridge’s troubles are sensed as an opportunity.

The road back to acceptance will be hardened by Shauna’s actions unless she changes course herself. In the meantime, Flo and Katie can bond, with the other members of the Logan family and its extensions digesting the incredibly positive development that’s taken place.