The Bold and the Beautiful Spoilers: Liam Flip Flops Between Steffy And Hope – History Repeats Itself Again 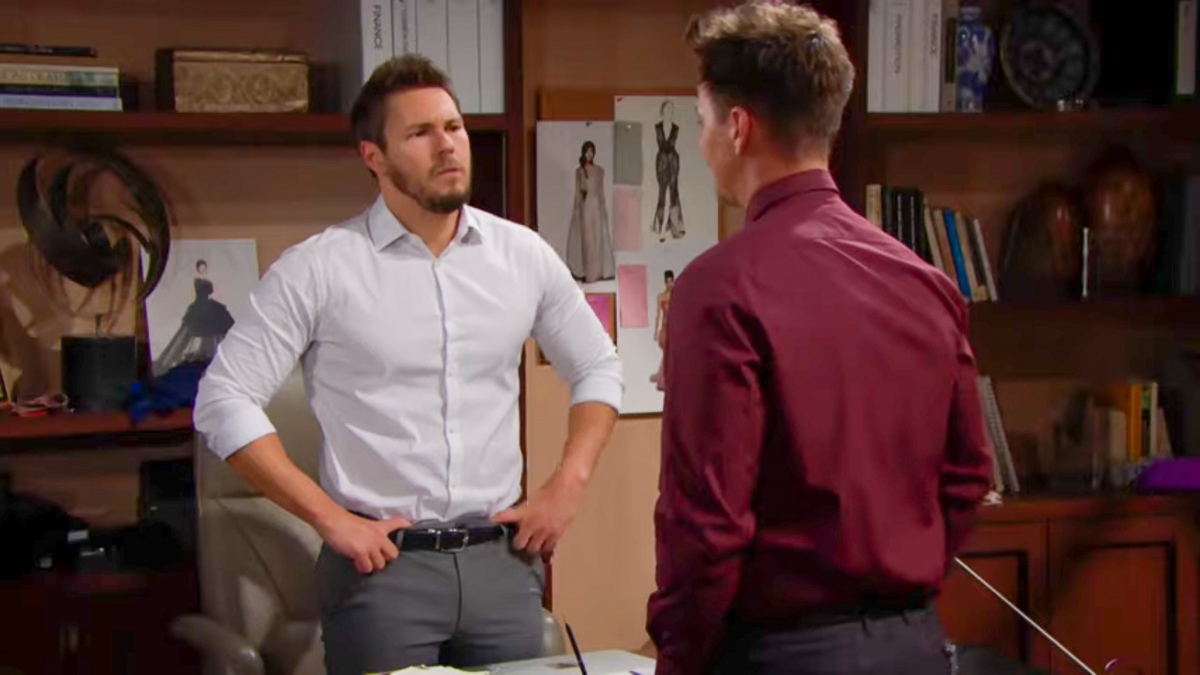 The Bold and the Beautiful spoilers tease that Liam Spencer (Scott Clifton) and Hope Forrester (Annika Noelle) may be facing relationship problems, with viewers knowing that they haven’t officially sealed their revived deal.

Back together because Phoebe Forrester (Madeline Valdez and River Davidson) is actually their daughter, Beth Spencer. But is Lope committed to staying together forever? Not yet.

Bold And The Beautiful Spoilers – Trying To Live In Two Worlds

Stuck In The Middle With You, by Stealers Wheel, was an early 1970’s song that’s resonated through the decades because of its tune, lyrics, and creators. Selling over a million vinyl copies, this single was a mega hit, just like Lope and Steam were as couples.

Alternating between both women and now, their children, was never going to be easy. Liam just moved out of Steffy’s cliff house, returning to the cottage where Hope resides.

Creating a meeting for Steffy to see Beth-Phoebe isn’t something that Noelle’s character takes kindly too. Yes, Hope’s compassionate nature can be dropped from time to time based upon circumstances.

B&B Spoilers – Wondering What He Should Do

The referenced lyric snippet that heads this section accurately defines Liam’s general state of mind. Some would suggest that he’s always been that way. But let’s give the give the guy some slack.

Two great ladies truly care for Liam. He’s a thoughtful man who’s touched the hearts of both people for many years, which is a reason why he’s vacillated between them.

However, the arrival of Kelly and the dramatics surrounding Beth’s seeming death and thankful return propelled this triangle in a different direction. Liam will always be linked to Steffy and Hope now that they have his children. There are no easy answers for real, or perceived dilemmas, with feelings likely to be hurt and then soothed indefinitely.

Bold And The Beautiful Spoilers – Choices That Are Right And Wrong

Liam will remain each lady’s soul mate until, or if, Steffy, or Hope find another man. That’s a soapy reality that won’t change and deeply impacts Clifton’s character, while also limiting him if he allows his analytical nature to overtake him.

Show compassion to Steffy by letting her see Beth and Hope is bothered. Attempt to maintain a neutral connection with Steffy, as part of his relationship with Kelly, and Wood’s character will call him out.

For now, Liam probably can balance both worlds. But eventually, if B&B rolls on for years to come, Kelly and Beth will be SORAS’d. Liam will be stuck in the middle of four people then.