The Young And The Restless Spoilers: Is Trouble Brewing For Lola And Kyle? 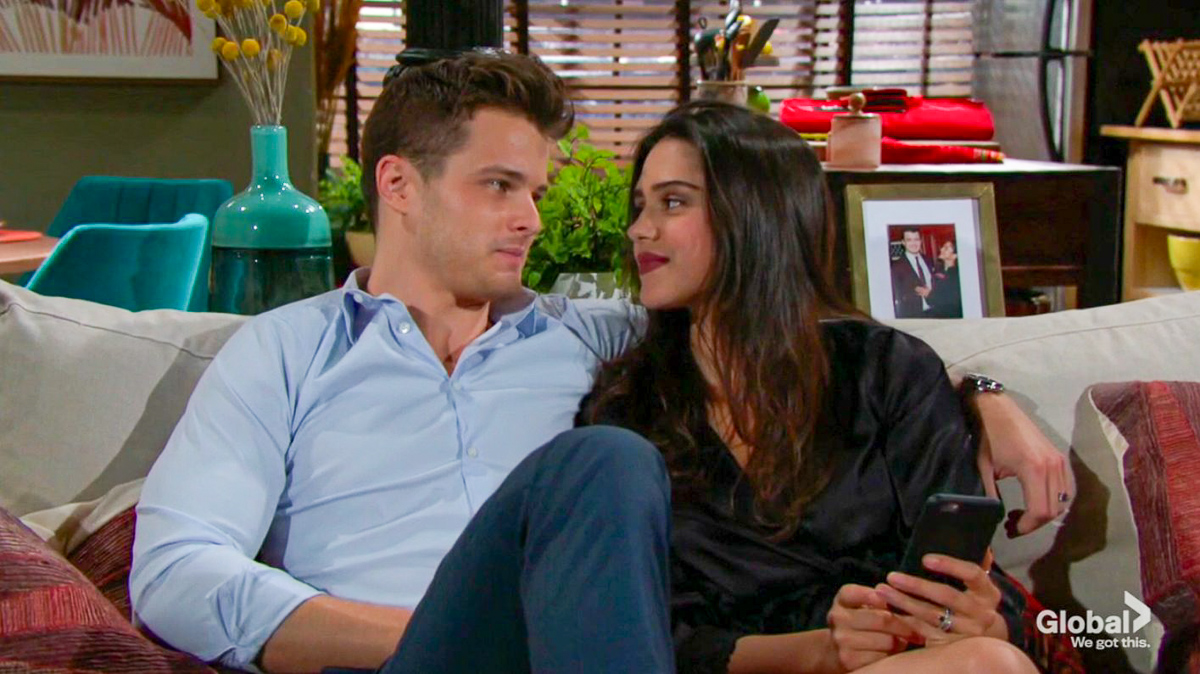 Lola Abbott has not been feeling well. She has been feeling dizzy, nauseous, weak, and just not herself. Abby Newman (Melissa Ordway) points out that Lola could be pregnant and asks her if she thinks that is a possibility; Lola, a bit taken back, exclaims “pregnant”?

Lola has to be thinking to herself, this is way too soon – she and Kyle had talked about having a family, but they are still living in a rather small apartment and have not found a house yet. Not to mention, they have been using protection and being careful; could she have been distracted and forgot a couple of birth control pills? Lola thinks to herself she should check her calendar and see when she had her last period, she doesn’t think that she is late!

Y&R Spoilers – What About Her Transplanted Liver – Could It Be A Problem If She’s Pregnant?

There definitely could be complications, although maybe there won’t be. Lola will need to get a pregnancy test first and see what the results are before she tells Kyle, she won’t want to worry him. Lola also likely decides she shouldn’t tell Rey Rosales (Jordi Vilasuso) because she doesn’t want to worry him and she also doesn’t want to deal with their mother Celeste Rosales (Eva LaRue) rushing to Genoa City and interfering! Lola’s a big girl and feels she can take care of herself!

Lola will likely get a home pregnancy test like most women do, in spite of her history with the liver transplant. It’s positive, so now it’s time to tell Kyle and find an obstetrician who knows how to deal with a pregnant patient who has had a liver transplant earlier in the year. It’s a surprise for both Kyle and Lola, who hadn’t planned to start their family as practically newlyweds, and a reality check as well!

They will have to find their dream home sooner, and Lola will need to have regular medical checkups. First, they might want to get a second pregnancy test with a doctor before telling any of their family members and make sure that the doctor checks her liver and makes sure it is functioning correctly.

Kyle goes to talk to his father to see what his take is on the possibility of becoming a grandfather. Jack (Peter Bergman) is a little shocked that Kyle has news like this so soon as well, although he knew it could come eventually! This will be his first grandchild, and he may think it rather appropriate that since he and Traci Abbott (Beth Maitland) are working on the Abbott Family book, there will be a new name to add by the time they have been working on it nine months or so; it’s a good thing that he decided to leave it open-ended!