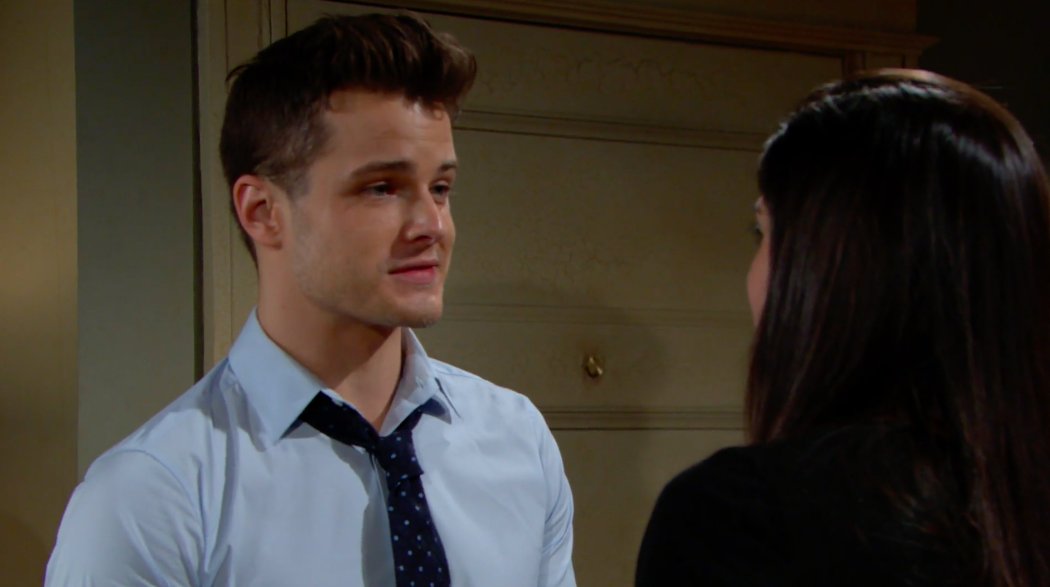 The Young and the Restless (Y&R) spoilers for Thursday, October 17, tease that Chelsea Newman (Melissa Claire Egan) will show her determination. At home, Chelsea urges Nick Newman (Joshua Morrow) to help her track down Adam Newman (Mark Grossman). He expresses doubt that Adam can help, but there’s no risk Chelsea won’t take. She has to do whatever it takes to fix things for Connor Newman (Judah Mackey).

Connor ultimately sits down with Nick and Chelsea. He explains that another kid said something about his dad, which started the fight at school. Nick offers guidance and notes that it takes a bigger man to walk away. Connor eventually scoops up Chelsea’s phone and tries calling Adam. He doesn’t get an answer and is visibly distraught.

Later, Connor gets roped into a game of superhero charades with Christian Newman (Alex Wilson) and has fun. Chelsea hopes the shift in Connor is a good sign. Nick assures Chelsea that they’ll come together as a family and get through this.

At Kyle Abbott (Michael Mealor) and Lola Abbott’s (Sasha Calle) apartment, they discuss their baby dreams from the night before. Kyle heard a screaming infant in his while Lola dreamed about triplets. After they share a laugh, Kyle suggests Lola seems bummed. He wants to know if she wishes she was carrying their child.

The Young And The Restless Spoilers: Is Trouble Brewing For Lola And Kyle?

Lola insists she’s not ready for a pregnancy, and talk turns to the bug she’s battling. She vows to rest at home, so Kyle heads over to the Abbott mansion for special crackers. Meanwhile, a man wearing sunglasses looks at a pic of Kyle on his phone. After the man watches Kyle exit, he buzzes and gets let in by Lola. She assumes Kyle forgets his keys, so she’s surprised when it’s Adrian Rosales (Jay Montalvo).

Adrian removes his shades and shows off his shiner. Lola guesses a woman’s the reason he got it, so Adrian alludes to not knowing she was married. Naturally, Lola doesn’t want to get involved in her father’s drama. She wishes Adrian luck and bids him farewell.

In the Abbott home, Jack Abbott (Peter Bergman) and Traci Abbott (Beth Maitland) concentrate on their search for Stuart Brooks answers. Traci points out that Stuart has four daughters, so she’s optimistic about getting info from at least one of them. Leslie Brooks ultimately comes through for Traci by mentioning a letter Dina Mergeron (Marla Adams) wrote to Stuart. She plans to do some digging and email it if she can.

Kyle drops by soon after and admits he never heard Dina mention Stuart. He also teases Jack by wondering how his dad would feel about becoming a grandfather. Jack’s taken aback, but Kyle assures him it was a false alarm. He heads to the kitchen to grab some of Mrs. Martinez’s crackers for Lola.

Afterward, Jack and Traci are puzzled by the letter that was emailed. There’s a Shakespeare quote they can’t make sense of, and they notice smudge marks as well. Traci assumes Dina was crying when she wrote the letter. Back at “Kola’s” place, Kyle walks in and finds Adrian making a sorrowful spiel. Lola feels confident this is all building to a request for money.

After advising Kyle not to hand any over, Lola pushes him to get rid of her dad. She’s feeling sick, so she has to take off to the bathroom. Kyle deals with Adrian while Lola’s gone. He ultimately decides to write a check, but he makes it clear that Adrian should never hurt Lola again.

Once Adrian leaves, Kyle gets Lola to confide her worries. Lola also insists they’ll go all-in when it’s their turn to be parents. Kyle’s in total agreement about being committed to their future kids. At the Grand Phoenix, Adrian encounters Traci by the bar and recognizes her from the “Kola” nuptials. She comments on his black eye, and he praises her for being a best-selling author.

Adrian’s flirting leads to a toast, but could it lead to a love story, too? Time will tell, but let’s hope Traci will be careful!  The Young and the Restless spoilers say some hot drama’s brewing, so we’ll give you updates as other Y&R news and rumors emerge. Stay tuned to see what’s next in Genoa City.