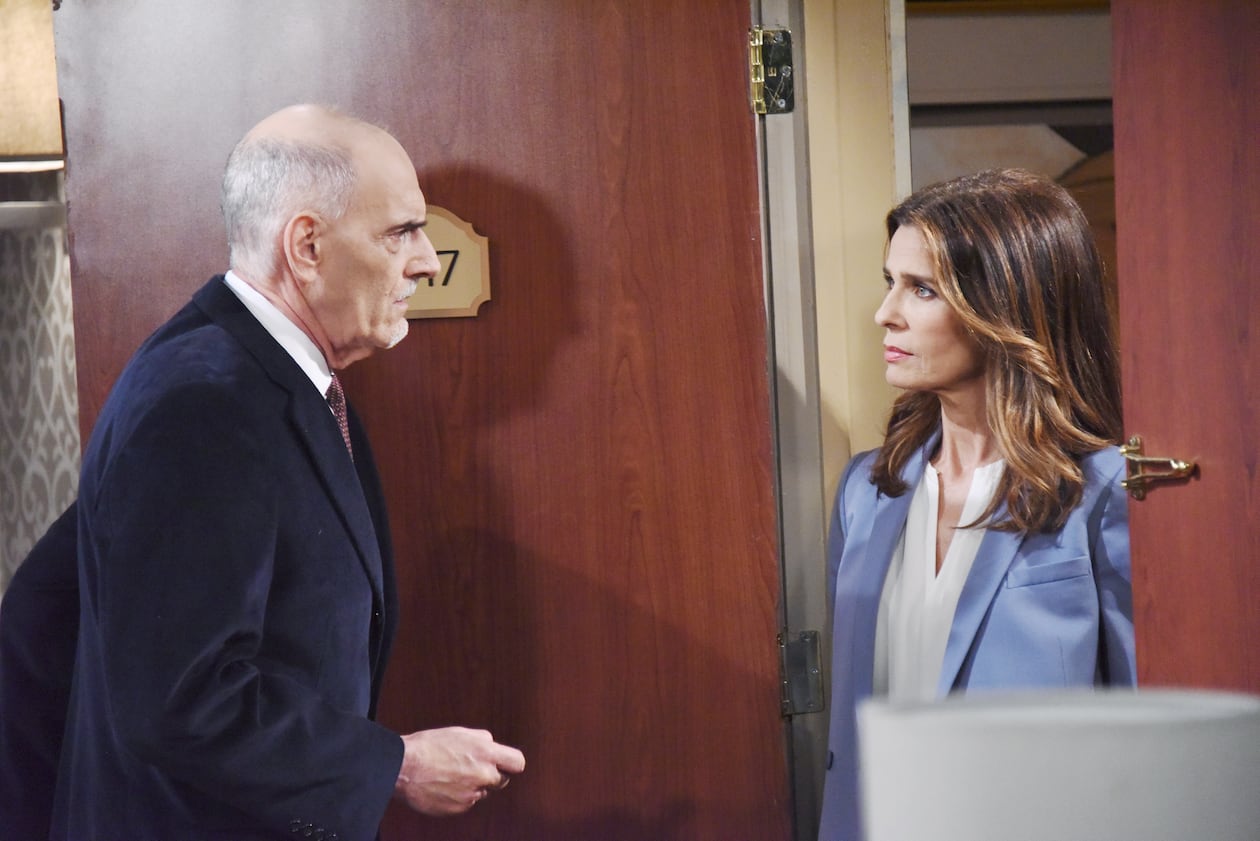 Days of Our Lives (DOOL) spoilers tease Hope William’s (Kristian Alfonso) transformation into Princess Gina is going to continue and it probably won’t be long until the Princess Gina personality takes over permanently, at least for now. When that happens, look for Hope’s family and friends to do whatever they can to get Hope back. Ciara Brady (Victoria Konefal) will be desperate to get through to Hope. She will want her mother back.

Of course Gina won’t want anything to do with Ciara, or any of the Bradys for that matter. Dr. Wilhelm Rolf’s (William Utay) programming will be very strong. But Gina will most likely be drawn to Ciara’s boyfriend, Ben Weston (Robert Scott Wilson). Princess Gina will most certainly lust after her daughter’s boyfriend and will make it her business to find out everything she can about him. And what she discovers will likely make her want the bad boy even more.

Ben’s past as a former serial killer will make him all that more irresistible to Princess Gina. She will come on strong and will disgust Ciara with her actions. Ben, for his part, will also be disgusted, but may try to use Gina’s attraction to get close enough to hopefully find a way to get to Hope. Gina may grow tired of the cat and mouse game and issue Ben and ultimatum. Sleep with her or she kills Ciara!

Days of Our Lives Spoilers – Ben Will Be Trapped

Ben has proved time and time again that he will do anything to protect Ciara so although he would be horrified by his own actions and knows it would eventually cost him Ciara, would probably go through with it. And Gina would probably make Ben agree not to tell Ciara why. This betrayal would be beyond anything Ciara could imagine but may very well be the nail in their relationship’s coffin.

Will Princess Gina fully emerge in the coming days? Will she ultimately be the reason Ben and Ciara break up? Some twisted scenes are coming up in Salem, so watch Days of Our Lives weekdays on NBC and check back here regularly for all your Days of Our Lives spoilers, news and information!