General Hospital Spoilers: Elizabeth Is Emotional On The Stand – Is There Hope For A Friz Reunion? 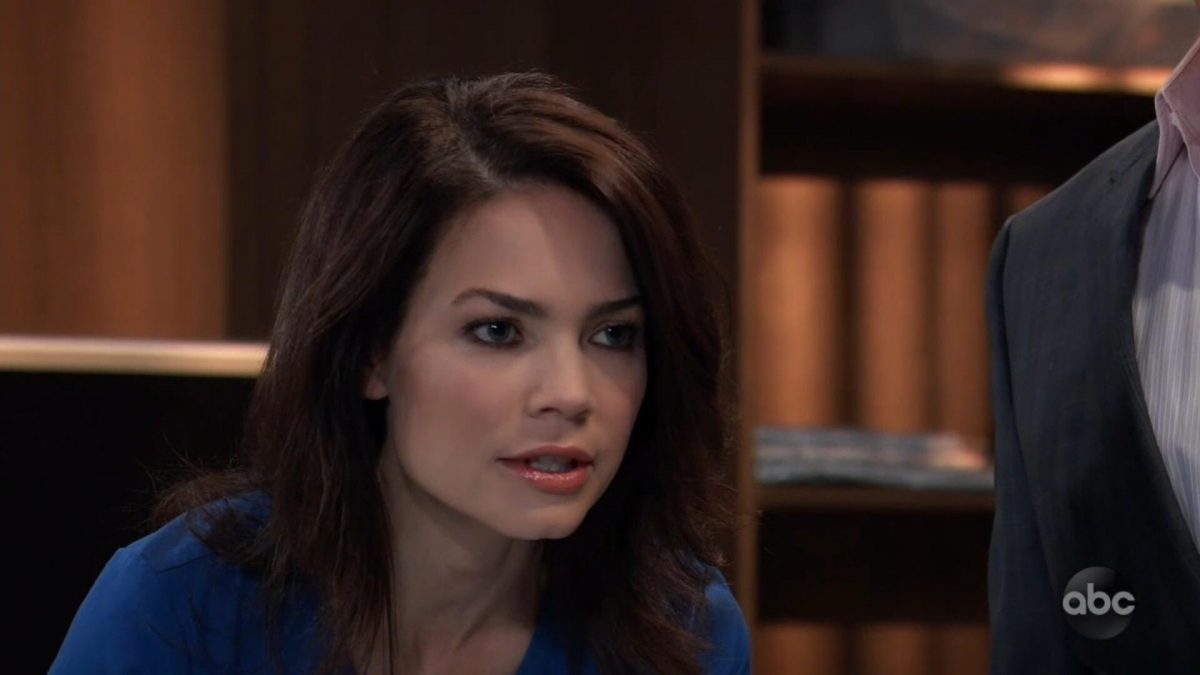 General Hospital (GH) spoilers tease that Elizabeth Baldwin (Rebecca Herbst) becomes emotional on the stand as she testifies for her husband Franco Baldwin (Roger Howarth) in the competency hearing that will decide whether he will remain as pre-2012 Andrew Cain (Steve Burton) in his mind, or remain in Shadybrook after the 48 hour psych hold has expired so that Dr. Andre Maddox (Anthony Montgomery) can attempt to reverse the memory transfer to restore Franco to his own mind.

Elizabeth is clinging to the promise that Franco made to her son, Cameron Webber (William Lipton) when he told him to tell his mother that he’d be back, right before the memory transfer procedure started.

Meanwhile, Kim Nero (Tamara Braun) has hired attorney Martin Gray (Michael E. Knight) to represent Franco, but as Drew Cain, and Martin has built a case of Drew’s rights being violated and that because he thinks he’s Drew Cain, it means he is Drew Cain, because he identifies as Drew Cain! In other words, he is using the legal concepts of sexual preference and gender identity and applying them to a case of memory transfer, an experimental procedure.

GH Spoilers – This May Not Be A Criminal Court, But Martin Gray May Cross-Examine Elizabeth Baldwin

In real life, a hearing such as this does not operate as a trial, but General Hospital powers-that-be have used the wording “trial” in their spoilers, so it may play out as a trial. If so, then Martin may blast Elizabeth with “Drew’s” rights and tell her that Franco Baldwin no longer exists!

Elizabeth would be angered at such a statement, and may point out that coma patients often recall things said to them or loved ones’ presence in the hospital room once they come out of their comas, and that Franco is in there somewhere under “Drew”! Elizabeth will bring to her memory the words of the psychic who told her to hang on to her husband and fight for him, and that is exactly what she will continue to do, regardless of what “stunts” Franco’s hotshot lawyer comes up with, and if he angers Elizabeth enough, she may endanger the case by attacking him and calling his tactics “stunts”!

“Stunts” they may be, but if General Hospital is playing this hearing up like a trial, she may find herself in contempt of court and mess up the case! Badgering witnesses is a “stunt” many unethical “defense attorneys” used to discredit the witnesses and unfortunately, many judges allow it if it sounds like the accusations have some validity.