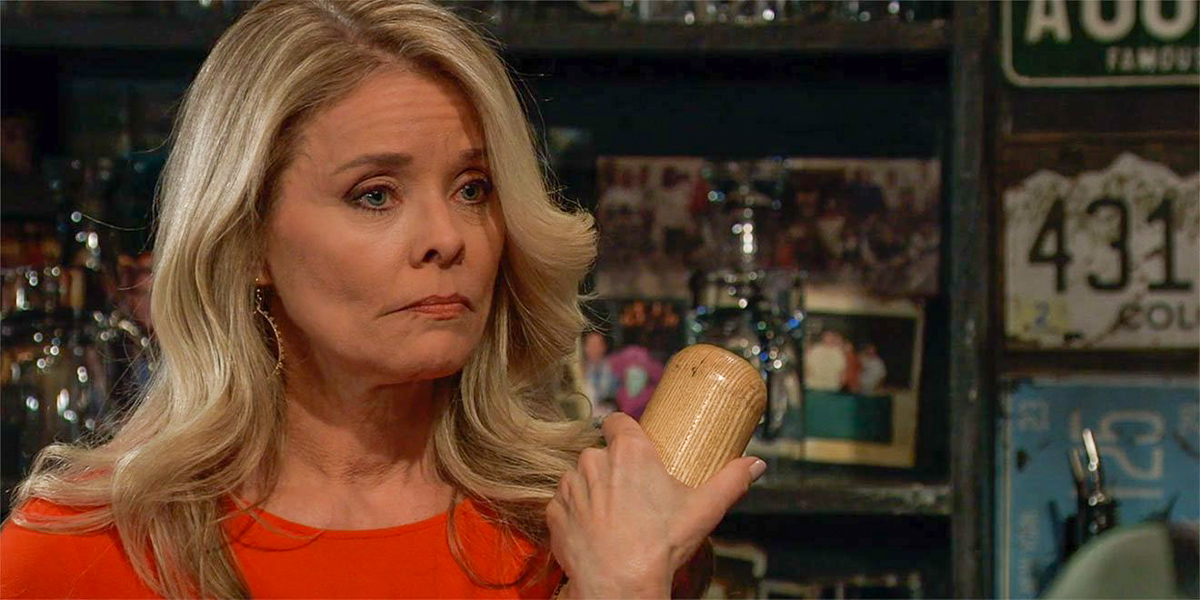 General Hospital spoilers tease that Felicia Scorpio (Kristina Wagner) will be concerned when she hears about Ryan Chamberlain’s (Jon Lindstrom) acting out in Pentonville Prison! Longtime viewers will recall that this means he’s escalating and if he should escape, his latest obsession, Ava Jerome’s (Maura West) life will be in danger!

Longtime General Hospital viewers who remember Ryan’s obsession with Felicia in the mid nineteen-nineties will remember his pattern; attraction – obsession – then possession of his target, back then Felicia. Then when his target rejects him, and he really gets that she doesn’t want him, his pattern turns to stalking and killing! Ava recently visited him in Pentonville and made it clear that she has rejected him and moved on by returning all of his love letters, and then a few days later Detective Harrison Chase (Josh Swickard) investigates his latest act of violence at Pentonville Prison!

Felicia, of course, recognizes this behavior pattern of Ryan’s and will be concerned. She lived the nightmare that was Ryan Chamberlain turning from obsession to stalking and attempting to kill her back then, and knows that now Ryan has escalated from obsession to stalking and killing with the intent to come after Ava, even though he is incarcerated. Ryan’s missing a hand, but proved that he is still a deadly force when he killed a woman who helped him in Canada and then tied up Curtis Ashford (Donnell Turner) and Laura Collins (Genie Francis) in two chairs, back to back, with their hands and feet tied up too; ONE-HANDED!

He may not be able to strangle, but he can definitely tie knots and stab! If he ties something to his handless arm first he actually may be able to strangle, come to think of it! Whether he has succeeded in killing someone inside Pentonville or just hurt them real bad remains to be seen, but a vengeful Ryan is nothing to sneeze at or not take seriously! Felicia knows this from many years of fear-filled experience, and so does Port Charles Chief of Detectives Mac Scorpio, (John J. York) her husband!

Other General Hospital spoilers tease that Nelle Benson (Chloe Lanier) may win her parole, and Ryan had already asked her to do him a favor. Shiloh Archer (Coby Ryan McLaughlin) is dead so he’s no longer an option for Ryan to try to con to take him along “for the ride” so Nelle’s his hope for his ticket out on an escape plan. However, if his stolen kidney support group buddy in Pentonville doesn’t help him and he finds out she’s on the outside and forgotten about him, that could really set him off as well; that combined with Ava’s rejection could fire up his rage enough that he may indeed be able to kill his way out of that prison and all of Port Charles could be in danger!