General Hospital Spoilers: Michael Notes A Change In Josslyn – Is It Her Growing Attraction To Dev? 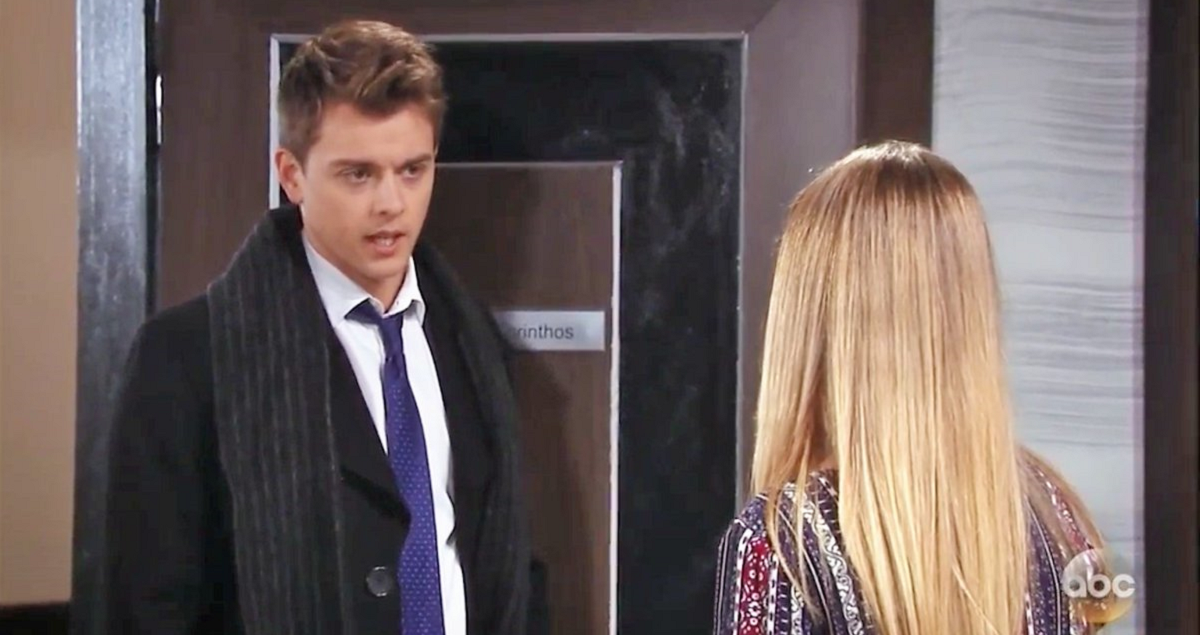 General Hospital spoilers tease that Michael Corinthos (Chad Duell) will notice a change in Josslyn Jacks (Eden McCoy) when she’s around Dev Cerci (Ashton Arbab); are the two teens starting to feel an attraction toward one another?

Dev has already admitted his interest in Joss, and if her dad, Jasper Jacks (Ingo Rademacher) knew about it he would have been none too happy! He’s already concerned about the strange teen from Turkey possibly being a threat, in that some of the people he was running from there could follow him to Port Charles and put Joss, Carly, and anyone else close to Dev in harm’s way.

Granted, the Corinthos compound is one of the safer places with Sonny Corinthos’ (Maurice Benard) guards and the security systems they have in place, but what if someone was watching from outside the compound and say, followed Joss and Dev to school?

That presented a problem for Jax, but Joss assured him that she was okay with Dev staying with them and living under the identity of Devin Corbin. Jax promised Joss he’d keep the secret but appreciated her telling him, and Joss told Dev her father knows but that he wouldn’t do anything to endanger Dev.

Michael is also at the Corinthos house frequently to visit his sisters Josslyn and Avery Corinthos-Jerome (Ava and Grace Scarola) and Donna Corinthos, (Ella and Emma Hulen) when she comes home, and of course his mother Carly Corinthos (Laura Wright) and Sonny. His uncle, Jason Morgan (Steve Burton) is also there frequently.

Michael has plenty of opportunities to observe Joss and Dev together, and he might be picking up on Joss being a little less mopey over her late boyfriend Oscar Nero (Garren Lake Stitt) and a little happier and more animated around Dev. As far as Michael would be concerned, anyone or anything that could put a little life back into his sister would be a welcome distraction! Perhaps Joss is starting to heal from her grief and maybe has come to like Dev – a little too much?

Michael may know Dev’s secret but he is not as bothered about it as Jax was. He knows that Dev helped Sonny rescue Dante Falconeri (Dominic Zamprogna) in Turkey, and came looking for asylum and shelter. Creating a false identity to protect someone’s life is a lot different than someone creating their own false identity by stealing it! What Sonny is doing with Dev is not a whole lot different than someone going into witness protection, only in that case it is sanctioned legally and the legal entity does all the paperwork and moves the person into a new place and places them in a job, or school, as the case would be for Dev.

Dev’s new identity is as a “cousin” but it’s not a first cousin like Michael is with Scout Cain (Ella Ramacieri) or Danny Morgan (Porter Fasullo) since AJ Quartermaine (Sean Kanan) was his birth father, “Devin” is supposed to be the grandson of the first cousin of Mike Corbin (Max Gail) which, even if Joss was Sonny’s child would put them at something like third cousins twice removed – not close enough to be related, but since she’s not related to Sonny she wouldn’t be related to Dev either.

General Hospital Spoilers: Epiphany Maintains The Peace — Can She Get Liz And Kim To Get Along? https://t.co/VlX1VO8iQ4 pic.twitter.com/UDegL4XvrF

Michael and Joss are related through Carly, their mother. Still, that’s a lot to explain to nosy Nellies who may question Dev and Joss, who are supposed to be “cousins” seeming too close. Michael will likely just keep an eye on things and if something looks weird he’ll just ask Joss what’s going on. Stay tuned to General Hospital and keep checking GH spoilers frequently for all the latest news, updates and developments!