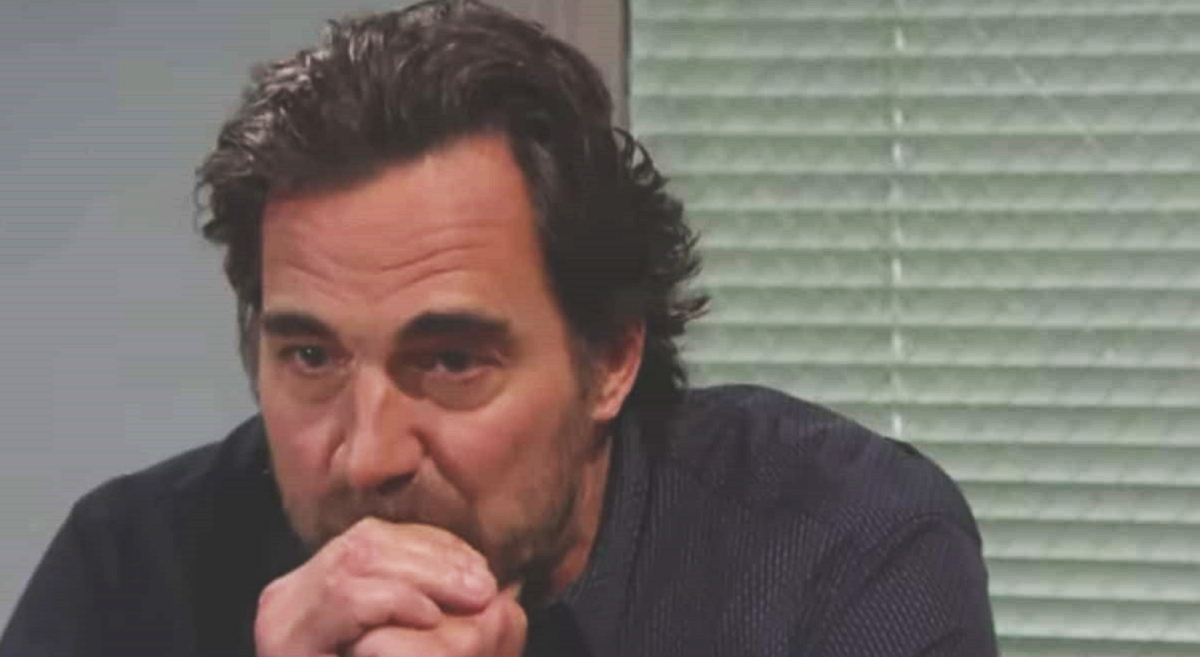 The Bold and the Beautiful (B&B) spoilers for Friday, October 18, tease that Liam Spencer (Scott Clifton) will be caught off guard. As B&B viewers know, he’s at Steffy Forrester’s (Jacqueline MacInnes Wood) house, where he took Beth Spencer (River Davidson and Madeline Valdez) for a visit. The two have been talking, and Steffy voiced some of her feelings about the night that Beth was taken from her, as well as her desire to go on with her life.

But when Steffy mentioned things being over between herself and Liam, he hesitated. As B&B viewers know, Steffy noticed and immediately wondered whether she and Liam could possibly rekindle their relationship. Liam will need to explain himself on Friday’s episode, and he’ll probably let Steffy know that he’s back together in every sense with Hope Logan (Annika Noelle).

The Bold and the Beautiful spoilers say that Steffy and Hope will later have an argument. B&B spoilers indicate that Hope will find out that Liam took Beth to see Steffy, and that she’ll be upset. It appears that Hope may arrive at the cliff house later to see Steffy, and their interaction won’t go well. Given that Hope won’t like it that Steffy spent time with Beth, this will probably be part of the focus of their argument.

Bold And The Beautiful Spoilers – Women Compare Their Respective Losses

B&B spoilers also say that Hope and Steffy will compare their respective losses of Beth, and of Liam. Of course, their situations with losing Beth were so different that comparing them will probably be nonproductive and will only lead to frustration, but it seems that this is where their discussion will lead. At any rate, it looks like we’ll see a contentious argument between the two women.

Meanwhile, on Friday’s new episode of B&B, Ridge Forrester (Thorsten Kaye) will learn some difficult news. As B&B viewers know, Thomas Forrester (Matthew Atkinson) recently overheard Shauna Fulton (Denise Richards) tell Ridge that the two of them kissed when they spent the night together at Bikini Bar. Ridge was horrified to learn this detail, but Shauna was more than happy to tell him all about it.

Later, Thomas confronted Shauna about the kiss, so now Shauna knows that Thomas knows. And on Friday’s B&B episode, Shauna will tell Ridge that Thomas knows about the kiss. That will likely unnerve Ridge, who probably just wanted to keep the news quiet. He won’t want Brooke Forrester (Katherine Kelly Lang) to find out about it, and he’ll probably feel like he’s losing control of the situation.

The next step will be for Ridge and Thomas to talk about the secret. Thomas will probably promise to keep the whole thing private and not tell Brooke, since Thomas wants to keep his dad on his good side.

The Bold And the Beautiful Spoilers: Will Thomas Lose Custody of Douglas?