The Bold And The Beautiful Spoilers: Ridge’s Plan For Thomas And Steffy Backfires -Can The Forrester Siblings Ever Get Along? 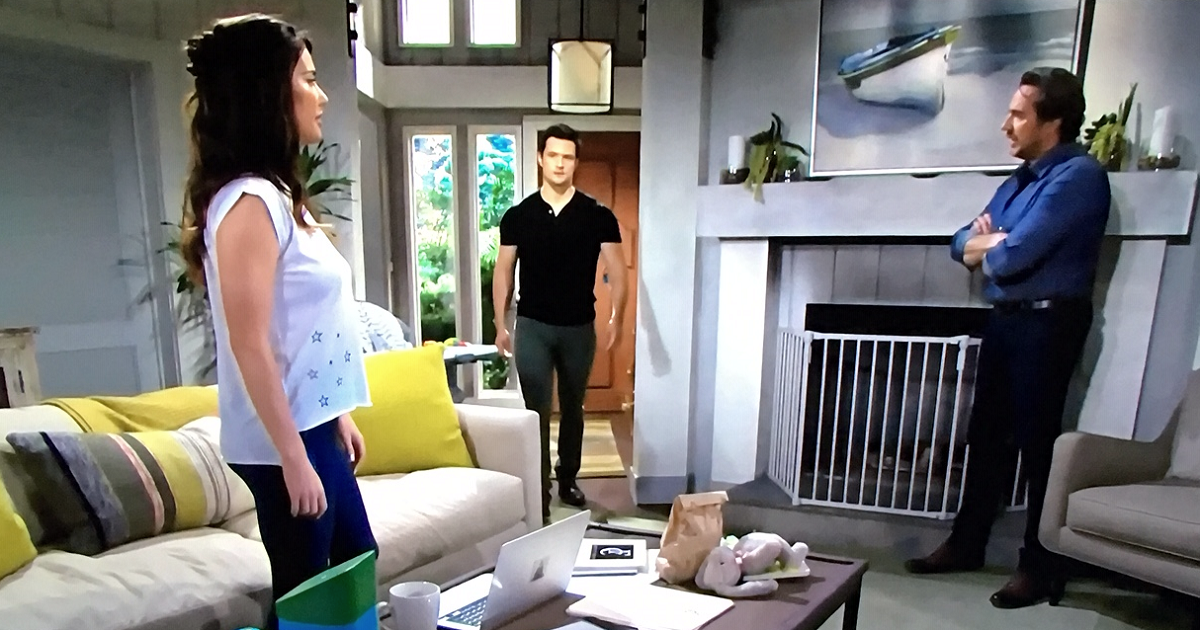 The Bold and the Beautiful (B&B) spoilers suggest Ridge Forrester’s (Thorsten Kaye) plan could backfire. He has the best intentions with this children. However, is he putting too much pressure on Steffy Forrester (Jacqueline MacInnes Wood) Is the conflicted father turning a blind eye to Thomas Forrester’s (Matthew Atkinson) manipulation?

Ridge wants to focus on helping his children. His first goal is to help repair Steffy and Thomas’ relationship. As fans recall, Thomas’ participation in the “PhoeBeth” scheme left Steffy devastated. She adopted a little girl she thought would be hers forever. She cared for the baby, loved her and bonded with Phoebe.

However, Steffy was in for a shock when she discovered the child was not hers to keep. After months, the baby was suddenly gone because Phoebe was really Hope Logan’s (Annika Noelle) daughter, Beth. It was devastating and is something she might never recover from.

Bold And The Beautiful Spoilers – Putting The Pressure On Steffy Forrester

The Bold and the Beautiful spoilers tease that Ridge is putting the pressure on Steffy. After Thomas destroyed her life and family, Ridge puts his daughter on the spot. He wants to stay with her awhile, but would like Thomas to temporarily live there too. Not only that, but Ridge pushes Steffy to forgive her brother.

While forgiveness could eventually happen if Thomas were truly remorseful, it’s not happening with this storyline. Thomas’ apologies are just empty words in order to continue playing his father. This is proven by Thomas continuing to brainstorm new schemes to destroy his enemies.

There is also the issue of the timing. Steffy’s pain of losing “PhoeBeth” is still fresh and raw. It is way too soon to expect her to forgive Thomas. B&B spoilers suggest that Thomas is determined to get his way no matter what. Most of the characters know what kind of man he is. However, Ridge seems to believe that his son regrets his past decisions. He claims others are “demonizing” Thomas and insists he really is trying to change for the better. However, viewers know better, but are frustrated that a father could be so blind.

Some fans are wondering why Ridge is so determined to force his children to get along. For one thing, the father feels Steffy’s pain and hopes a family therapy session can help heal her. He also hopes that Thomas truly understands how much agony and destruction came from his choices.

Finally, Ridge’s life is out of control right now. There is conflict in every area of his life, including his marriage. He can’t seem to fix things with Brooke Logan Forrester (Katherine Kelly Lang) right now. So, he is trying to regain control anywhere he can. If he can’t fix his marriage, then he will work on another area of his life. That is by trying to fix his children.

What do you think of the drastic plan to fix the siblings relationship? Should Steffy forgive her brother? Do you believe Ridge will ever see the evil in Thomas? Be sure to tune in to catch up on everything happening on B&B right now. Come back here often for The Bold and the Beautiful spoilers, updates, news, and rumors!