The Bold and the Beautiful Spoilers: Thomas Loses His Steam – Brooke Ready To Oust Him! 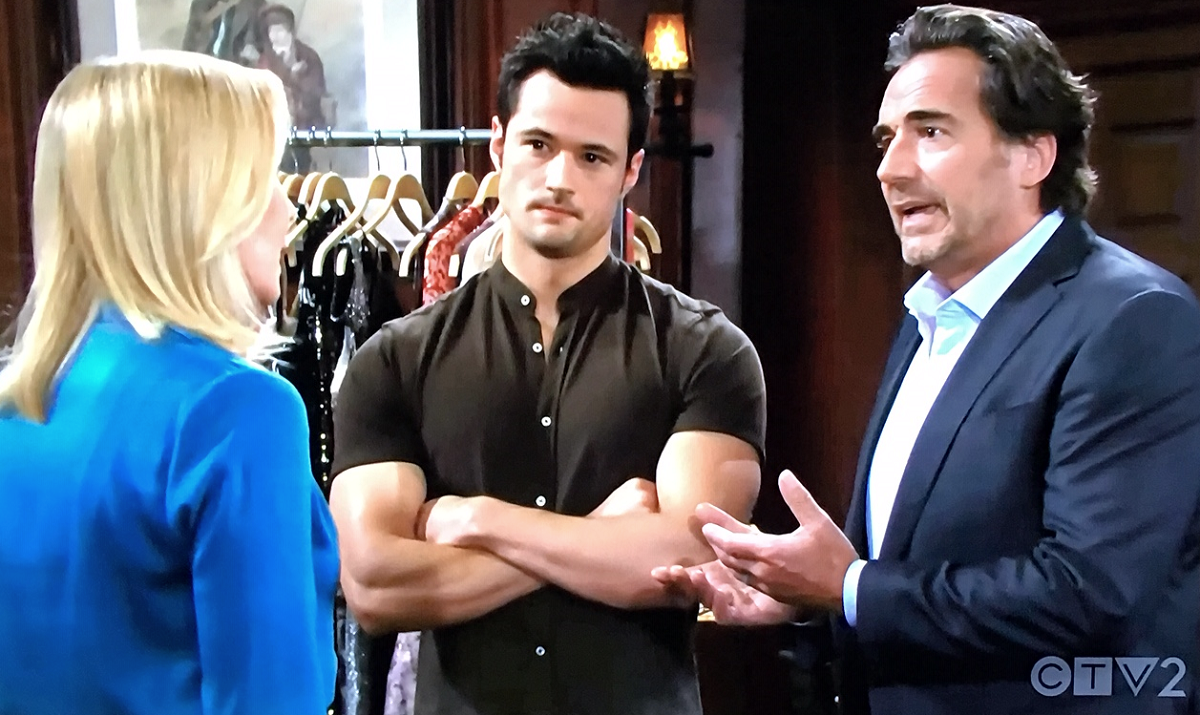 The Bold and the Beautiful spoilers reveal Brooke Logan Forrester (Katherine Kelly Lang) plans to get rid of Thomas Forrester (Matthew Atkinson). The villain finds out about the revenge plot and freaks out. Will his vendetta get even more intense? Could he resort to vicious means in order to win the war?

There is a long history of bitterness between Thomas and Brooke. It all started long ago when Brooke caused the break-up of Ridge Forrester’s (Thorsten Kaye) family. The tormented young man has wanted revenge ever since. However, things really escalated when Thomas’ scheming was exposed. Now, the two are engaged in a war and it shows no signs of ending anytime soon.

B&B spoilers tease that Brooke will do anything to get rid of Thomas. So far, she hasn’t had much success. This is partly due to Ridge continuing to vouch for his son. So, she takes things to the next level.

Bold And The Beautiful Spoilers – Taking All Away From Thomas Forrester

The Bold and the Beautiful spoilers reveal that Brooke is setting things up to take everything away from Thomas. He has already been forced out of the “Bridge” residence. He already doesn’t get to see his son, but Brooke is upgrading that scheme. She is helping Liam Spencer (Scott Clifton) and Hope Logan (Annika Noelle) get custody of Douglas Forrester (Henry Joseph Samiri).

Next, Brooke will try to get Thomas fired from Forrester Creations. However, she hits a snag due to her husband refusing to terminate his son from the family business.

It is suggested that Brooke might continue scheming against Thomas. At one point, the villain finds out about one of Brooke’s plans. He completely freaks out and decides to take action. If you thought Thomas’ behavior was bad before, get prepared for things to get even worse. His vendetta against Brooke could escalate and become downright vicious.

Bold And The Beautiful Spoilers – Will This War Storyline End in Death?

B&B spoilers indicate that Thomas has done too much to be redeemed. If redemption is truly impossible, how will this storyline end? Eventually, there has to be a resolution to the issues that plague the characters.

The Bold and the Beautiful Poll: Who Deserves Custody of Douglas? @celebratesoaps https://t.co/UKUrcEBxV9 #bb #boldandbeautiful

It is rumored that this war will end only when one of them dies. It was also hinted months ago to expect more than one death. Could this mean that the battle will end with a character dying? There is a theory that Thomas and Brooke could get physical. If this ends up happening, one character could lose their life.