General Hospital Spoilers: Devious Valentin Wants Nina To Drop Charges Against Sasha, Scrambles To Save Himself 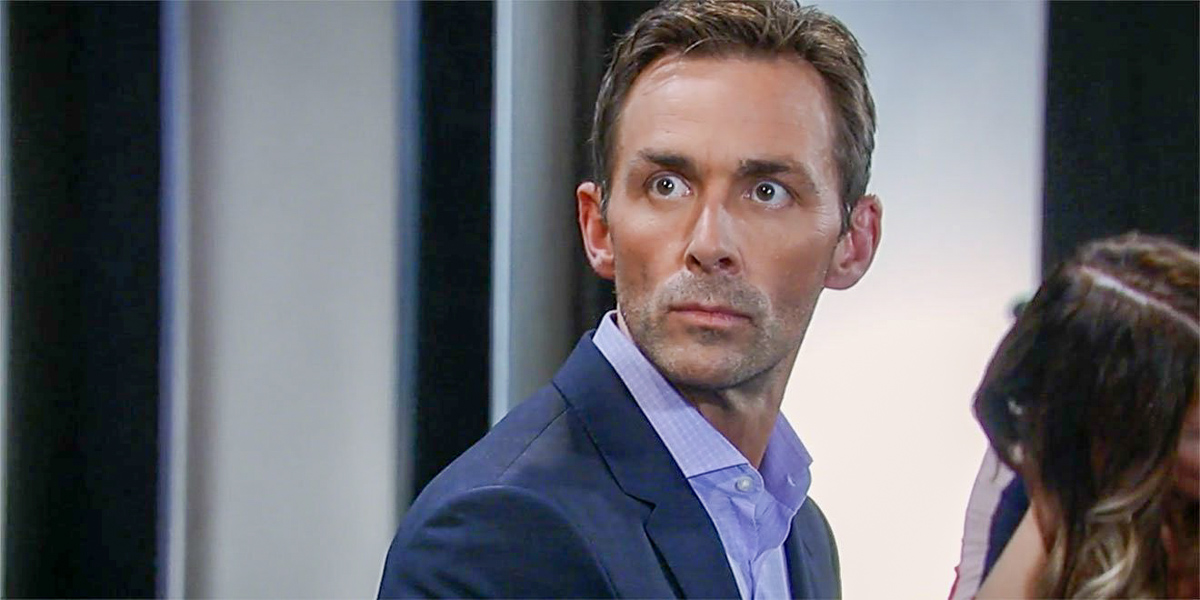 General Hospital spoilers tease that Valentin Cassadine (James Patrick Stuart) will be smug when his detractors think they have him exactly where they want him soon on General Hospital!

General Hospital Spoilers – It Seems Like Everybody In Port Charles Is Trying To Take Down Valentin Cassadine!

Valentin gets blamed for more things than the devil himself, as viewers already know. For years he has been blamed for the murder of Nikolas Cassadine, (most recently Nick Stabile) his nephew but Valentin has hinted many times that Nik isn’t really dead. Viewers will recall that prior to going to Cassadine Island, Nikolas had unsuccessfully faked his death before and it’s entirely possible that Valentin helped him!

Spencer Cassadine (Nicolas Bechtel) has challenged Valentin many times about his inheritance, but Spencer has always been a smart kid and could have been going along with a death ruse on his father’s part, helped by his great-uncle for years! Viewers will recall that shortly after Valentin came to Port Charles, he tried to take Spencer but Sonny Corinthos (Maurice Benard) stopped him; who’s to say that Valentin wasn’t taking Spencer to Nikolas? If Nikolas is revealed as still alive, then Valentin won’t have any murder charges and if he and Nikolas agreed to share the Cassadine estate, then the codicil to Mikkos Cassadine’s (John Colicos) will is of no concern!

In spite of the fake daughter scheme blowing up thanks to a combination of Sasha Gilmore’s (Sofia Mattsson) guilty conscience and Lulu Spencer’s (Emme Rylan) big mouth, Valentin was able to win Nina back by telling her the truth – up to a point. Nina acknowledged that Valentin had tried to find her long-lost daughter but then turned on Sasha with a vengeance!

Valentin didn’t try to throw Sasha under the bus, but Sasha tried to protect him as well. Nina is the one who wanted revenge and Sasha put in prison for fraud, not Valentin, although he tried to talk her out of it! Viewers will recall in recent episodes that Michael Corinthos, (Chad Duell) angry that Sasha was being arrested, swore vengeance on Valentin and that if Sasha went down, Valentin was going down with her!

Valentin might try to help Sasha by trying to convince Nina to drop the charges or agree to a deal. Alexis wants to win the case even though Nina at first was stubborn and wanted Sasha to be charged with as high of charges as she could make work against her, but if he could get the charges reduced or eliminated by talking Nina into working with her, the problem would be solved.

He may share his fear of the Corinthos family seeking revenge because of Michael’s ongoing relationship with Sasha; Nina might just need some settling downtime. If he can convince Nina to cooperate, then Valentin will be smug, knowing that Michael and the Corinthos family will have nothing to come after him over, and if he had helped Nikolas fake his death and Nikolas returns, no one will be looking for the codicil and Valentin’s problems will be over!