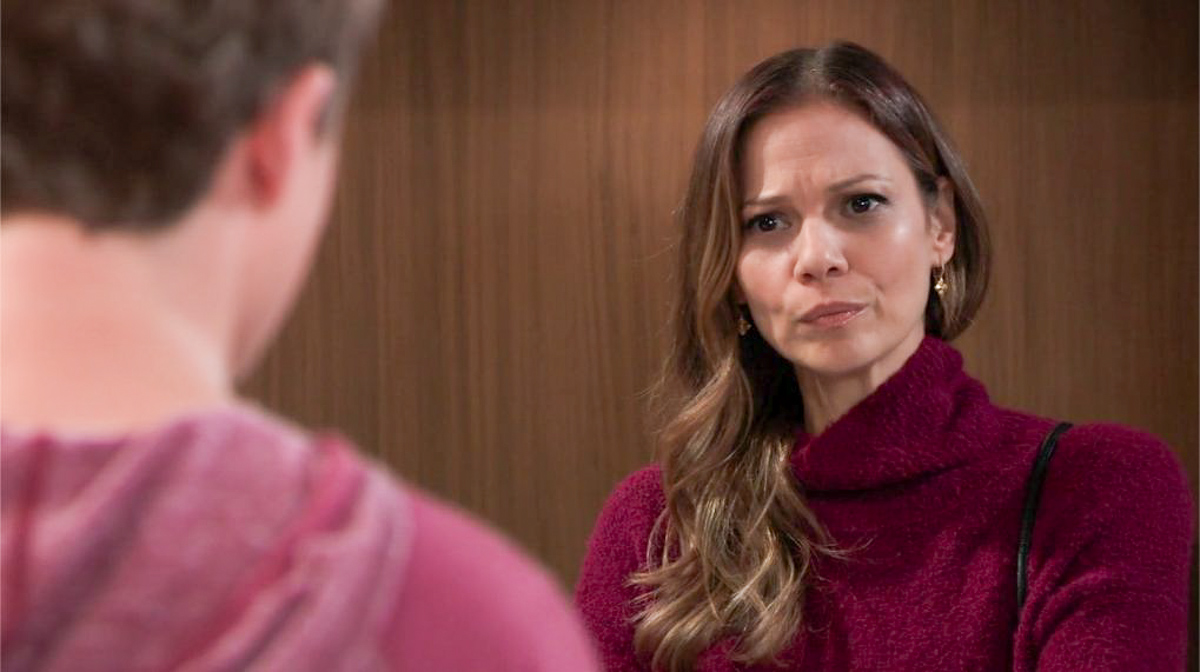 General Hospital viewers know that Kim has become unbalanced and delusional, even more so since the real Drew Cain (Billy Miller) disappeared and now the Navy has officially declared him dead. She has gravitated to Franco Baldwin (Roger Howarth) since Drew’s baseline memories from before 2012 were transferred into his brain, causing him to become a hybrid “Frankendrew” and he gravitated to her as well, operating under Drew’s memories. But this Drew is much different than the real Drew who disappeared; some viewers have wondered if it was really Drew’s memories that were put into Franco, because he is so different! Other General Hospital spoilers suggest that if Drew’s memories were “harvested” after Helena Cassadine (Constance Towers) put the “toy soldier” control chip in his brain, that could account for the personality differences transferring with the memories.

There have been mentions made on GH of how Kim Nero’s history with Drew Cain seems to be different than what was previously told when Kim first came to Port Charles with their son Oscar Nero (Garren Lake Stitt). To hear it and see it played out between Kim and “Frankendrew” one would think that they were involved much longer and in a much deeper relationship than it was first told. When Kim and Oscar first came to town, Kim was hesitant to let Oscar even know that Drew was his father or to let Drew know that Oscar was his son; it was Oscar and Josslyn Jacks’ (Eden McCoy) detective work that brought that history out! The relationship was played down as much more casual and shorter-term than what “Frankendrew” and Kim have seemed to “remember” and act upon more recently.

General Hospital Spoilers – Could Kim Nero Have Had An Obsession With Drew Cain Instead Of A Two-Way Romance?

Even though “Frankendrew” seems to recall making that compilation of Drew and Kim’s love songs, and told her he sent her many letters while deployed and she had sent him letters and none were received, could Franco’s “Drew” memories be skewed and maybe they dated a short time and slept together once before he was deployed? Could Kim have had an obsession with Drew and perhaps drugged and seduced him when Oscar was conceived, instead of his conception come about because of mutual love and attraction for one another? Viewers will recall that she drugged and tried to seduce Drew to make another baby with him onboard the Haunted Star during Franco and Elizabeth Baldwin’s (Rebecca Herbst) wedding celebration several months ago! Will Kim make this shocking confession about their past with one another, or will she confess something else?