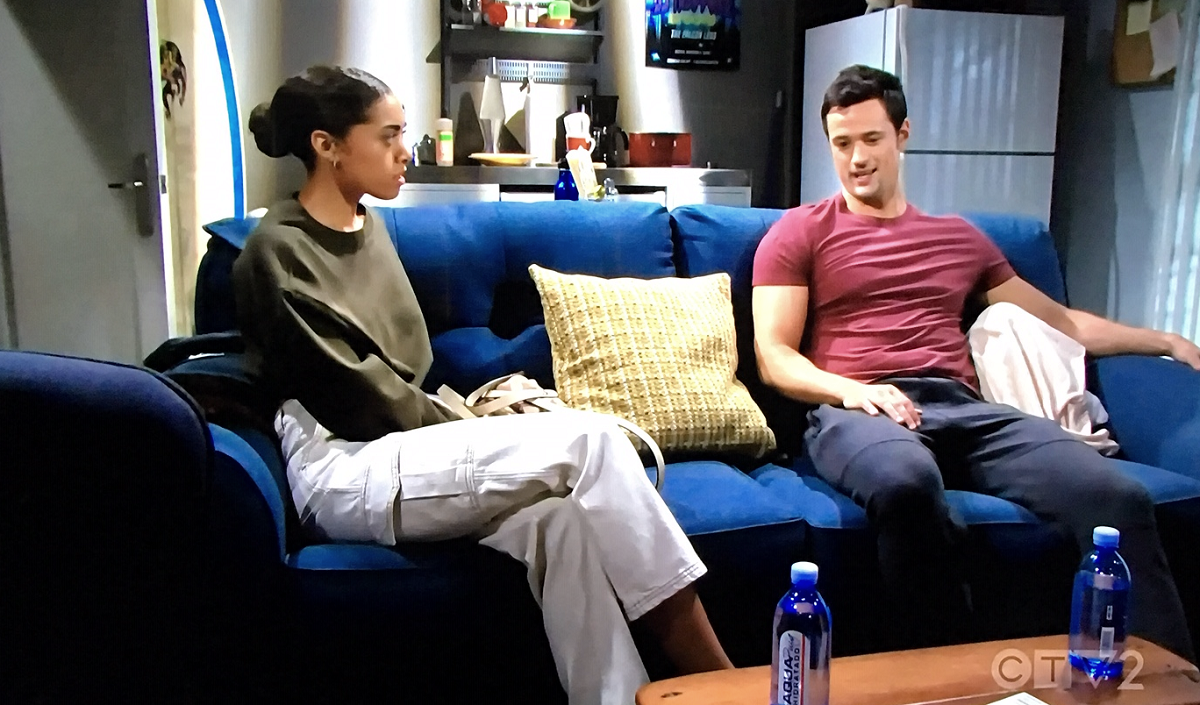 The Bold and the Beautiful spoilers for Monday, October 21, tease that Hope Logan (Annika Noelle) will wait nervously for an answer from Liam Spencer (Scott Clifton). As B&B viewers know, she and Steffy Forrester (Jacqueline MacInnes Wood) were in the middle of an argument when Liam interrupted them. From there, Hope demanded that Liam clear things up once and for all by declaring that he wants to be with her, not with Steffy.

On Monday’s episode of B&B, Liam will get his chance to respond to Hope. And it seems that his response will absolutely stun her. But what will Liam say? Interestingly, B&B viewers never got a resolution to Thursday’s cliffhanger, when Steffy asked Liam if there was any chance that the two of them could rekindle their romance. So, exactly what Liam is going to say now is anyone’s guess!

B&B spoilers indicate that Liam’s response will leave Steffy with the upper hand, at least for a while. But since ongoing B&B spoilers say that Hope and Liam will be working together to make Douglas Forrester (Henry Joseph Samiri) a permanent part of their home, it seems like Liam will be ultimately sticking with Hope. Still, his response could make Hope feel insecure in some way – for example, he could indicate that he still loves Steffy and had considered going back to her.

The Bold and the Beautiful Spoilers: Thomas Manipulates Son Douglas With Broken Promises

Next, on Monday’s new episode of B&B, Thomas Forrester (Matthew Atkinson) will have some big plans to share with Zoe Buckingham (Kiara Barnes). As B&B viewers know, Thomas and Zoe are in the middle of a conversation in Vinny Walker’s (Joe LoCicero) apartment.

As it will turn out, Zoe will be broke and without a place to stay, so it looks like Thomas will offer to let her crash with him and Vinny.

According to B&B spoilers, Zoe will also get an earful from Thomas about his plans for the future. She’s already seen his whiteboard showing the people who are “with” him and “against” him, and it looks like Zoe will probably want to go in the “with” category, especially when Thomas reveals that she may still have a shot at coming back to Forrester Creations.

Of course, Thomas believes he’s the future of Forrester Creations, and he desperately wants to rid the fashion house of the Logans. He’d probably be happy to have Zoe back as a top model at Forrester, especially since he’ll reveal that she’s been the inspiration behind many of his designs. Ever since he lost Hope as his muse, he’s needed new inspiration, and it looks like he’ll have found that in Zoe.

The Bold And The Beautiful Spoilers: Ridge Wants Thomas Back At Forrester – Brooke Freaks Out https://t.co/gg1jMuIk7X pic.twitter.com/NehnlWdhpR

We’ll see just how trusting Zoe actually is of Thomas and his promises. But given that Zoe seems to be pretty down on her luck right now, she’ll probably stick with him and see where it all may lead. Who knows – we could see her back at Forrester soon!