The Bold and the Beautiful Spoilers: Quinn Horrified By Shauna’s Decision To Go After Ridge – Causes Major Rift In Friendship 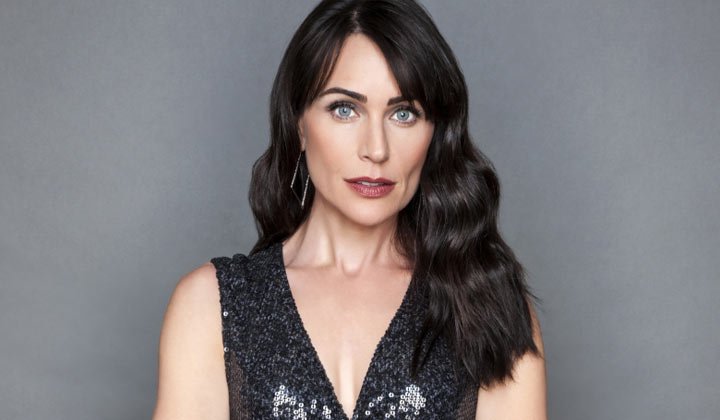 The Bold and the Beautiful spoilers tease that Shauna Fulton (Denise Richards) is a woman with a plan. As B&B viewers know, she has a major crush on Ridge Forrester (Thorsten Kaye), and she’s been pining for him nonstop ever since their night together at Bikini Bar. Even though the two didn’t make love, Shauna did plenty of cuddling with an inebriated and passed-out Ridge, and she even planted a big kiss on him. She’d quite attracted to Ridge, and it seems that she’ll soon be going after him with all she’s got.

B&B Spoilers: Shauna Fulton Is Taking Advantage Of The Situation

Of course, under normal circumstances, Shauna might not pursue Ridge, given his status as married. But Shauna knows that he’s experiencing terrible problems with his wife, Brooke Forrester (Katherine Kelly Lang) right now. And then there’s the fact that she absolutely can’t stand Brooke. She’s tried to make peace with Brooke on more than one occasion, but Brooke hasn’t at all been receptive to Shauna’s efforts and has even gone so far as to slap Shauna and throw her out of the mansion.

So it seems that Shauna sees Ridge as fair game, as well as totally worth pursuing. But her decision to go after Ridge is really going to cause some waves. First off, Shauna’s daughter Flo Fulton (Katrina Bowden) will be horrified that her mother is setting her sights on Ridge. From Flo’s perspective, she’s just donated a kidney to Katie Logan (Heather Tom), and she’s hoping that it might cause some healing between her and the Logan family. But with her mother now openly pursuing Ridge, that newfound goodwill could be in jeopardy.

And there’s someone else who won’t be thrilled with Shauna’s decision to pursue Ridge, and that’s Quinn Forrester (Rena Sofer). As B&B viewers will remember, Quinn was absolutely disgusted when she found out that Flo and Shauna had lied to the Logan, Spencer, and Forrester families about Beth Spencer’s (River Davidson and Madeline Valdez) existence. Quinn could sort of understand how Flo got caught up in Reese Buckingham’s (Wayne Brady) web of deceit, but she had a much harder time understanding Shauna’s decision to go along with the lie after the fact.

The Bold And The Beautiful Spoilers: Hope Urges Thomas to Sign Away Parental Rights – Will He Do It? https://t.co/9QZJTxd1WJ pic.twitter.com/tNZgCpqDMC

According to B&B spoilers, Shauna will continue to make decisions that will jeopardize her ongoing friendship with Quinn, and it certainly looks like her choice to pursue Ridge and cause problems between Ridge and Brooke will be one of those decisions. It appears that we’re in for some Shauna-Quinn clashes over Shauna’s feelings toward Ridge.

Of course, we can’t forget that at one point, Ridge and Quinn had a little bit of a thing going on. It was relatively short-lived, and they pretty quickly got over their attraction for one another, but the whole experience left Quinn nearly losing her relationship with Eric Forrester (John McCook). She knows that going after Ridge is a big mistake, and she’ll recognize it as a big mistake for Shauna as well.

At any rate, it should be interesting to watch as Quinn no doubt counsels Shauna over what she’s up to. Do you think she’ll have any luck talking some sense into Shauna and getting her to back off of Ridge? Stay tuned to the CBS soap and don’t forget to check Hollywood Hiccups often for the latest Bold and the Beautiful spoilers, updates, and news.