Days of Our Lives Spoilers: John Concerned About Dr. Rolf – Mad Scientist is Working on a Perilous Plan 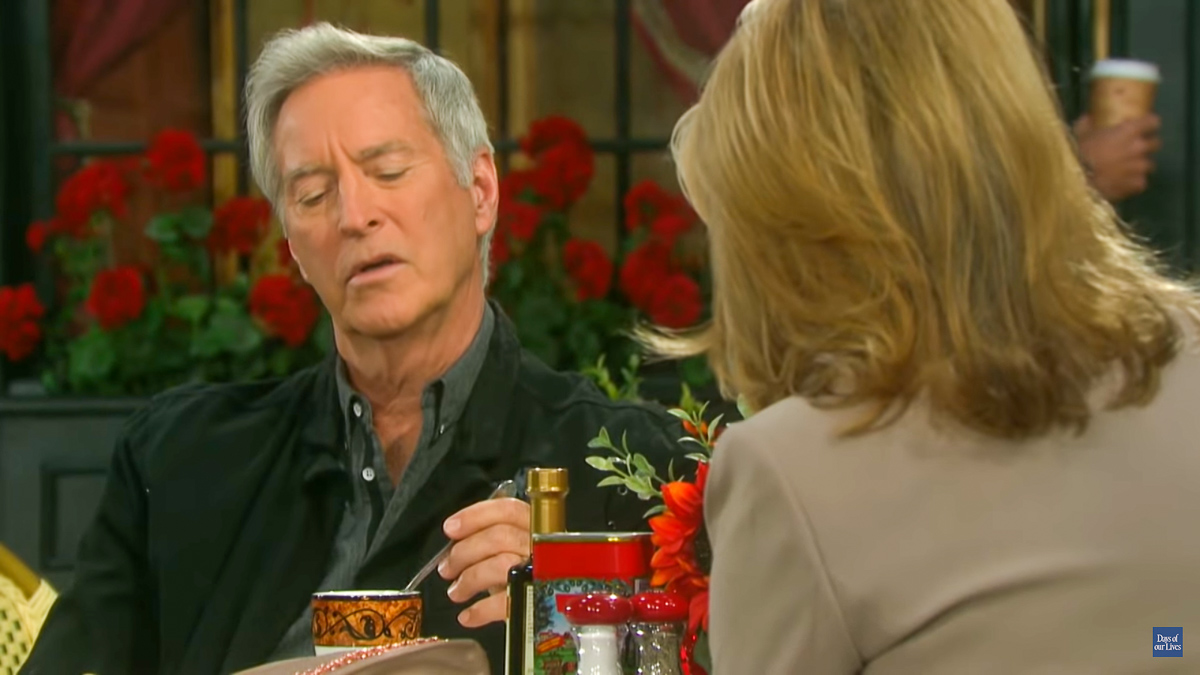 Days of Our Lives spoilers reveal everyone is wondering why Dr. Rolf (William Utay) is still hanging around. Dr. Kayla Johnson (Mary Beth Evans) has evicted him from the hospital lab. There must be a reason he remains in Salem. John Black (Drake Hogestyn) is starting to ask questions. Is the mad scientist working on an evil plan?

Days of Our Lives Spoilers – Dr. Rolf Evicted From Lab

DOOL spoilers tease Dr. Rolf is keeping himself busy, even after he was booted from the hospital lab. He mentioned working on several important projects. However, the mad scientist hasn’t given any hints on what they could be. Him hanging around Salem and the hospital is making some Salemites question what he is up to now.

John is one person who is starting to ask questions. He is one of the Salemites that has an unpleasant history with Dr. Rolf. John knows exactly what Dr. Rolf is capable of. He is sincerely concerned for everyone. But until JOhn knows something, any tiny piece of information about Dr. Rolf’s current projects, he is powerless to stop him.

Days of Our Lives Spoilers – Hope Brady Not the Only Project

Days of Our Lives spoilers reveal that Dr. Rolf has already put a plan in place for one of his missions. That is getting revenge on Hope Brady (Kristian Alfonso). He is still bitter about what she did to Stefano DiMera (Joseph Mascolo). He also feels that Hope got away with it, and is determined to make her pay the price.

However, that can’t be the only project he is working on. Could he also be part of the major catastrophe that is coming to Salem?

It isn’t known what kind of catastrophe rocks Salem. However, it is teased that the event will affect several families in the fictional town. According to the latest issue of CBS Soaps in Depth, it will also bring up the question of if Jack Deveraux (Matthew Ashford) will be a hero or not.

If Dr. Rolf is involved, what are his intentions? Is he that angry with the entire town that he would cause a major disaster to strike? What kind of catastrophe are we talking about and could lives be at stake? Could the mad scientist go completely off the rails and end up on a murderous mission? Fans will have to keep watching to find out.