Days of Our Lives Spoilers: Kate May Refuse Victor’s Offer – Takes Down Tony to Get Reinstated as DiMera CEO? 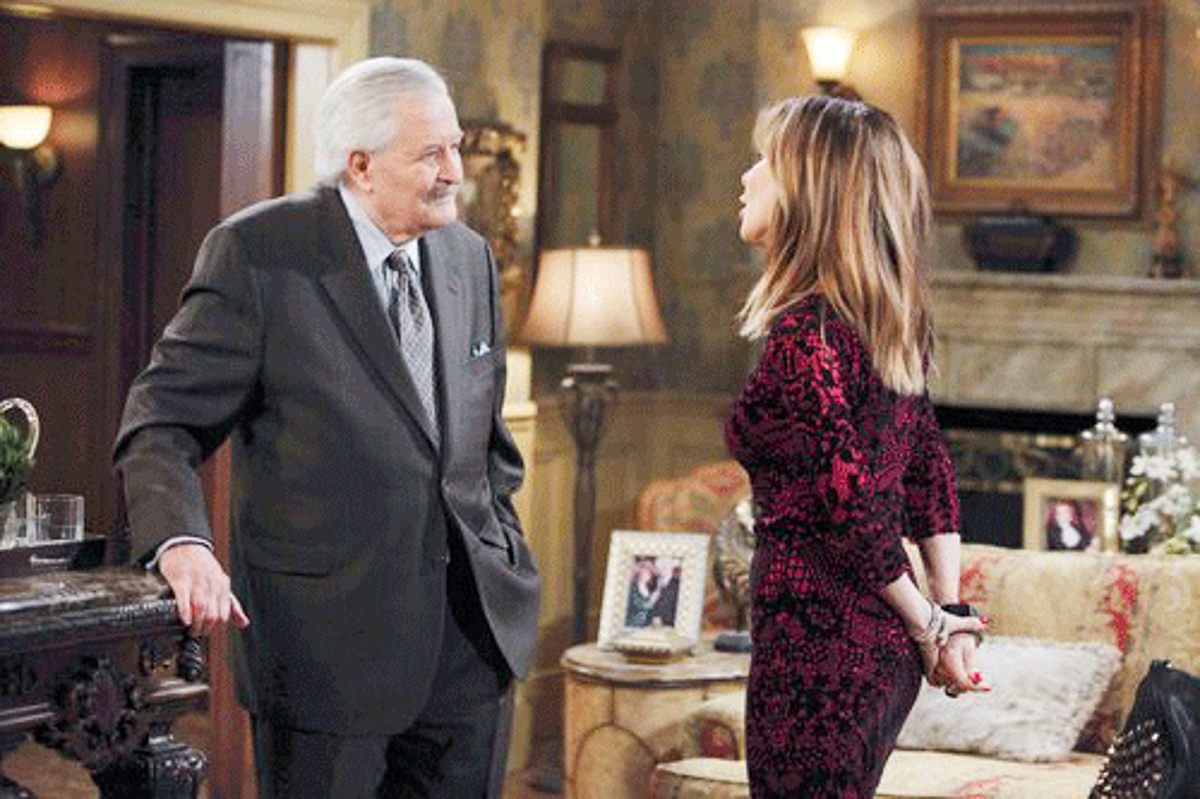 Days of Our Lives spoilers reveal Kate Roberts DiMera (Lauren Koslow) has a dilemma. After being replaced as CEO of DiMera Enterprises, she gets an offer. Victor Kiriakis (John Aniston) wants her to run Titan. Will she refuse so she can get the job her heart really wants? Is Tony DiMera (Thaao Penghlis) a target?

While Kate is in the hospital recovering, she receives shocking news. She has been replaced at DiMera Enterprises. What makes it even worse is that Mr. Wei Shin (Michael Hagiwara) didn’t inform Kate that she had been terminated. Instead, she hears the news from her replacement, Tony DiMera. The new CEO is a man who isn’t even interested in the family business.

Victor pays a visit to Kate in the hospital. After hearing about her getting fired, he suggests she come back to Titan. However, she doesn’t jump on the offer. This seems to indicate that she has other plans. Could she be brainstorming a way to get her old job back at DiMera Enterprises? It certainly seems like it. There is no other reason why she would not give Victor an immediate answer.

Days of Our Lives Spoilers – Tony DiMera a Target?

Days of Our Lives spoilers suggest that Kate could be figuring out a way to get her former position back. However, this means finding a way for Tony to either resign or get fired. Leave it up to Kate to scheme in order to get what she wants. But she needs to be careful how she moves forward with this. It could end up backfiring if she makes one wrong move.

DOOL Spoilers – Getting Reinstated at Any Cost?

With Anna DiMera (Leann Hunley) furious at Tony for taking the position, could this work in Kate’s favor? She can be quite manipulative and convincing. All she has to do is put some ideas in Anna’s head, and the rest will be done by the unpredictable and spontaneous blonde. Could Kate really succeed by using Tony’s relationship against him? Or will this all blow up in her face?