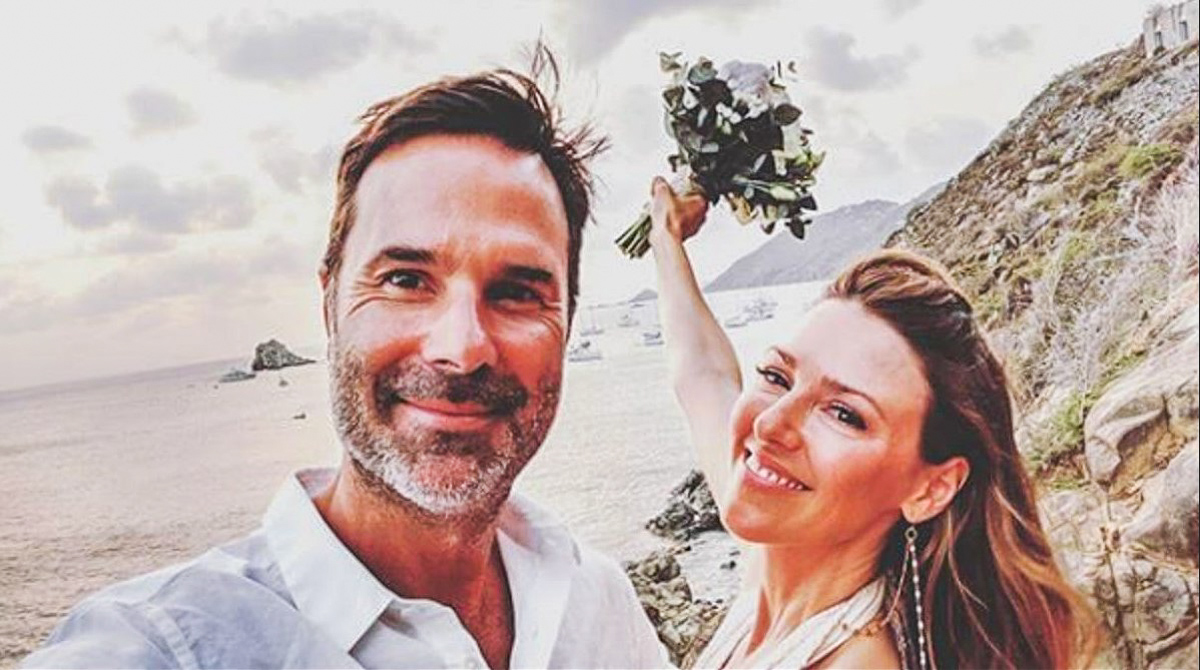 Elizabeth Hendrickson, also known as Chloe Mitchel on “The Young and the Restless,” has a lot of reason to celebrate. Apart from announcing that she and Rob Meder are expecting their first child next March, the 40-year-old actress are Meder got married at the courthouse in Santa Barbara on October 15. Fans may recall that the couple had a symbolic wedding earlier this year at St. Barts. But now, they’ve officially tied the knot.

She also posted on her Instagram story where she said, “Our wedding in saint Barth’s was not ‘legal’. The marriage license/transfer to California was too much of a headache to deal with.”

The Young and the Restless Spoilers Monday, October 21: Lola’s Infuriating Discovery , Theo Gets to Know Adrian

Hendrickson has also opened up about her pregnancy struggles. Two years ago, Hendrickson found out that she was pregnant. She was excited and scared at the same time to have her first child. Unfortunately, she had a miscarriage. A few months later she found out that she was pregnant again but at 8 weeks, she experienced the same cramps as the last time when she lost her unborn child.

She encouraged all women who have gone through the same struggles as she did to open up and share their experiences, whether good or bad. This way, they’ll find the support they need and it will give them the courage and strength to try again.

One of Hendrickson’s notable appearances was in “All My Children” where she played Mary Frances Stone and her twin sister Mary Margaret Stone.

She was first cast for the role of Mary Frances or Frankie, the lesbian girlfriend of Bianca Montgomery (Eden Riegel). The show didn’t anticipate a warm welcome to be given to the pairing and that’s why there was a lot of public uproar when Frankie was killed by Erica Kane (Susan Lucci), Bianca’s mother.

The show immediately thought of a way to bring the actress back not as Frankie but as her identical twin sister Mary Margaret or Maggie, who played a crucial role in solving Frankie’s murder.

Although Maggie was introduced as straight, she and Bianca eventually developed feelings for each other. Because of this storyline, which she was part of until 2005, Hendrickson gained a loyal lesbian following and even made it to Lesbianation.com’s top 10 list of “Women We Love.”

After leaving “All My Children,” Hendrickson also appeared on “Medium,” “CSI: Miami,” “Cold Case,” and “Criminal Minds.” She also starred in a web series called “Imaginary Bitches” and then landed a gig on “General Hospital” as Margaux Dawson in 2018.