Days Of Our Lives News: Robin Strasser Out As Vivian Alamain – Read The Details Here! 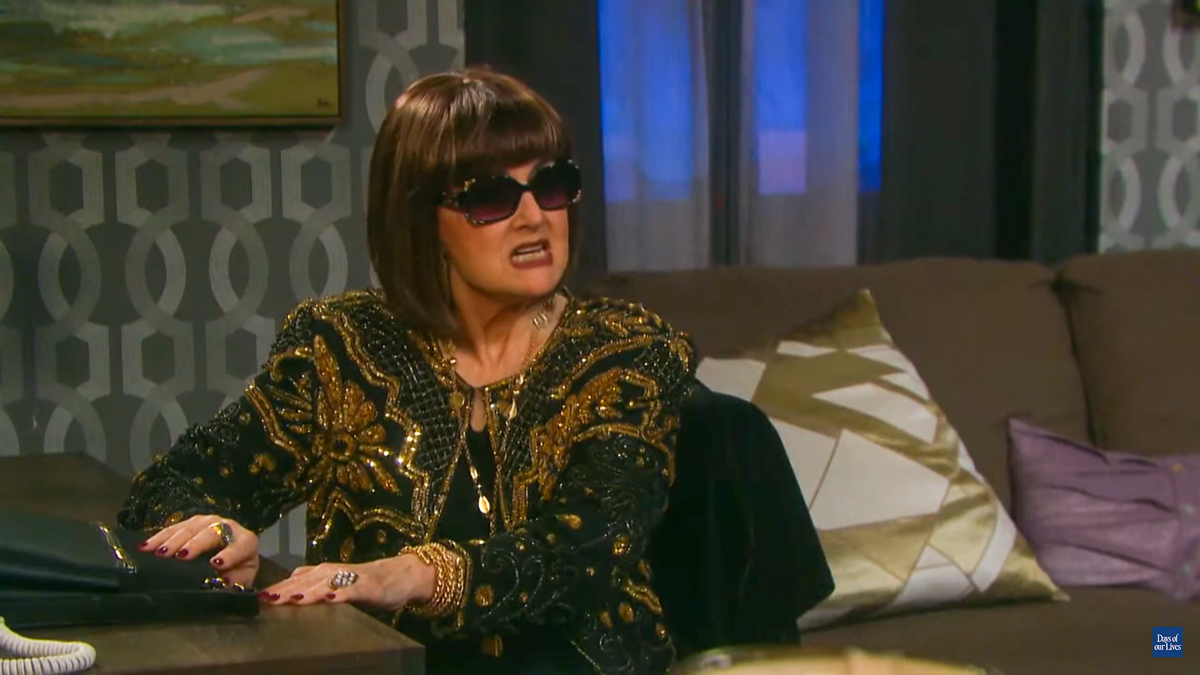 Former One Life To Live star Robin Strasser recently joined Days of Our Lives as Vivian Alamain. Vivian has since left town to flee from justice after son Stefan Dimera (Brandon Barash) was declared brain dead. What does this mean for Vivian and Robin?

The Days star took to twitter October 15th to announce that Days will no longer be using her as Vivian with the hashtag #CordayHasABetterWay. Vivian doesn’t have anything to keep her in Salem now that her son is dead, unless, of course, Gabi Dimera (Camilla Banus) turns up pregnant with Stefan’s baby. Vivian is not going to stay away from her grandchild. If Vivian returns, who will be in the role since Strasser is out?

Days of Our Lives Louise Sorel has been Vivian for decades and fans either love Vivian, or love to hate her. However, if someone else takes over the role, they will be the fourth actress to play Vivian. Strasser was the third actress to fill the role over the years but fans prefer Louise. Ask any long-time days fan and they will tell you that role belongs to Louise. Most people on social media prefer to have Louise back. Marj Dusay filled in for Louise in 1993. Could Louise return at some point in the future to reprise her role as Vivian?

Days Of Our Lives News: What Is Robin Strasser’s Status? What You Need To Know! @celebratesoaps https://t.co/VQcxdzhcpp #days #DOOL #daysofourlives

Days of Our Lives News – What Is Next For Strasser?

With her Days of Our Lives exit, what is next for Strasser? Robin has been very outspoken on social media about the cancellation of One Life To Live. Robin would be very happy if ABC were to bring back her old show and reunite the cast. Could ABC revamp One Life to Live, something fans have asked for since the online version of the shows ended as well. Robins fans would certainly love to have Dorian Lord back in their lives as well as the rest of the One Life to Live cast. The question of the hour is, well we ever get the reboot we have wanted since OLTL ended?

Robin Strasser fans cannot wait to see where Robin goes from here and will enjoy watching her twitter page to keep up with Robin’s career. Good Luck Robin, we hope to see you very soon.

We’ll give you updates as other Days news and rumors emerge. Stick with DOOL and don’t forget to check back often for the latest Days of Our Lives spoilers, rumors, updates and news.

becuz he's stayed close to @carlivatiron Really OK! I said "I'm grateful Ron forgave me" "Forgave you for what?" Well-if that drop-dead handsome man doesn't remember-then neither do I-We're all good:) btw #DAYS won't be using me as #Vivian again-#CordayHasABetterWay & I'm so OK:)