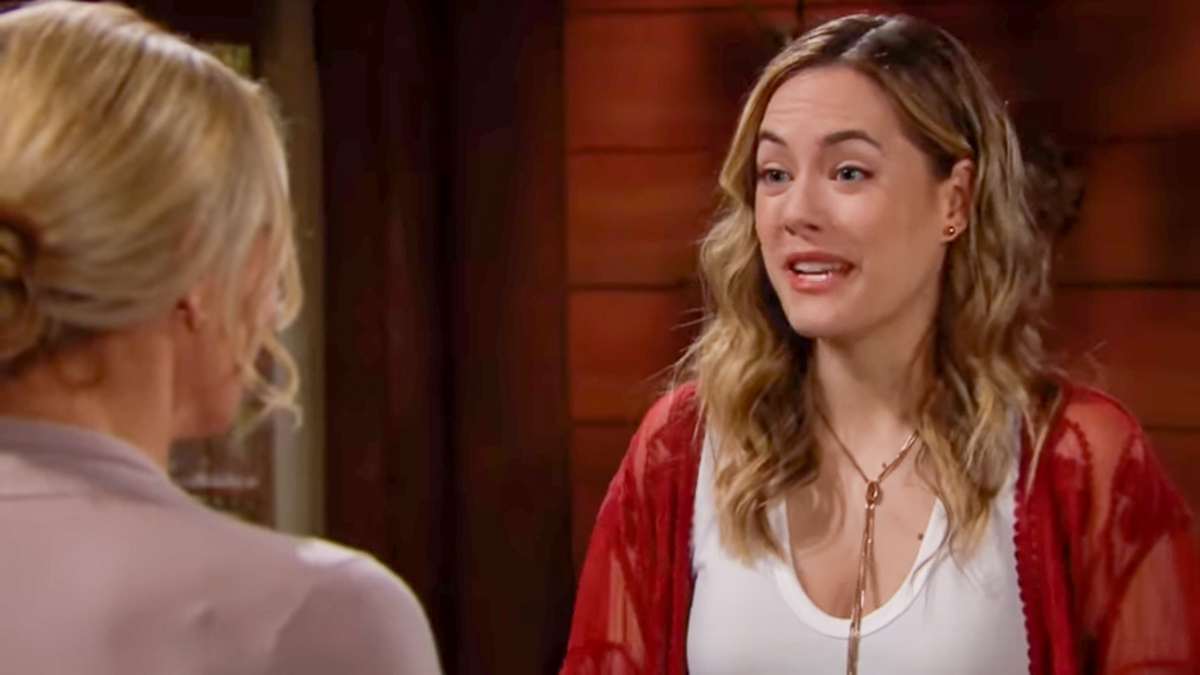 The Bold and the Beautiful promo for the week of October 21st thru 25th indicates that a custody battle is brewing for Douglas Forrester (Henry Joseph Samiri).

Thomas Forrester (Matthew Atkinson) has done some horrible stuff this year. His obsession with Hope Logan (Annika Noelle) caused a lot of pain to others. Often Thomas yelled at his son making fans worry about the well-being of Douglas.

After his fall, it seems like Thomas is on his way to redemption and he wants to be a good father to Douglas.

However, Hope and her mother Brooke Logan (Katherine Kelly Lang) have doubts about Thomas’ parenting skills. In the preview, Brooke says that Thomas is dangerous and could snap at any minute.

Hope and Douglas have bonded the last couple of months. One of the reasons she married Thomas was to be a mother to Douglas. Even though her marriage to Thomas ended, Hope still wants to be in Douglas’ life.

Like her mother, Hope is concerned about Thomas’ behavior and his ability to be a father to Douglas.

Hope decides to take matters into her hands and seek custody of Douglas. In the video, Hope presents Thomas with papers asking him to let her be a mother to Douglas.

Thomas doesn’t take the news well and gets emotional when he realizes Hope wants him to give up his son.

The custody battle not only pits Hope against Thomas, it also brings more conflict for Brooke and Ridge Forrester (Thorsten Kaye).

Brooke and Ridge have been at odds over Thomas. Ridge continues to support his son, while Brooke tries to remove Thomas from their lives.

When Ridge learns of Brooke helping Hope seek custody of Douglas, he confronts her about ambushing Thomas with this news.

While Brooke defends her actions by claiming she had Douglas’ best interest in mind, Ridge doesn’t see it that way and accusing her of trying to steal Thomas’ kid.

When Brooke, Hope, and Liam Spencer (Scott Clifton) show no signs of backing down; Ridge continues to unleash his fury. He tells the trio that they will not threaten his son and says that no one is taking Douglas away.

Brooke and Ridge have chose their sides in the custody battle, and as the fight heats up there’s many questions to be answered.

Will Hope and Thomas have an ugly battle or will they compromise to find a peaceful resolution?

Also, will the custody battle finally lead to the end of Brooke and Ridge’s marriage? Plus, how will if affect Hope and Liam’s relationship?

The custody battle can play out in so many ways and it will affect everyone involved, including the boy at the center of the fight: Douglas.